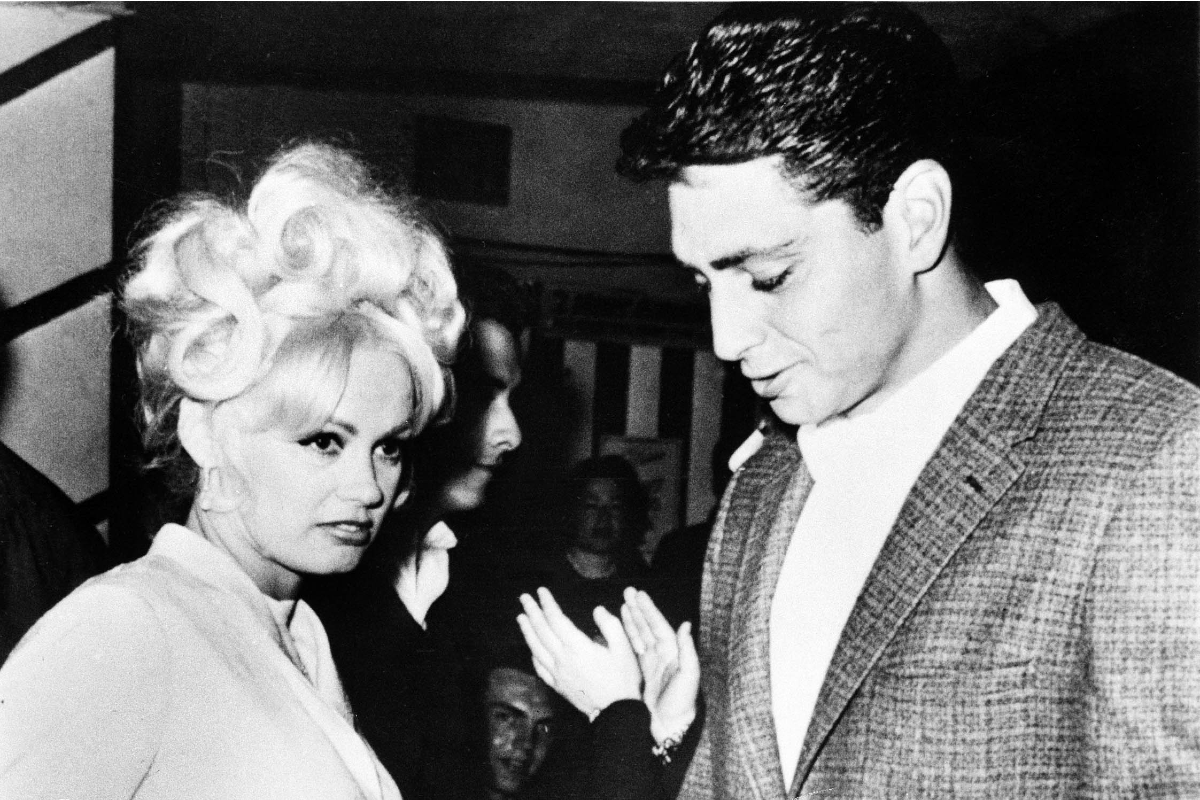 Legend has it that actress Mamie Van Doren claimed to have no vices other than making love.

And indulge in that vice she did, earning an impressive roster of conquests ranging Elvis Presley to Henry Kissenger to Clark Gable. She even notoriously tempted gay icon Rock Hudson (probably unsuccessfully, but still). How’d she do it? Find out as we explore the life and career of this extraordinary blonde bombshell.

Named after starlet Joan Crawford, Mamie Van Doren was born as Joan Lucille Olander in Rowena, South Dakota, in 1931. From a young age, she knew she was destined to be a showgirl. After moving to Hollywood, the 18-year-old was crowned “Miss Palm Springs” and “Miss Eight Ball” by the Los Angeles Press Club (who had awarded the title to Marilyn Monroe just one year before).

On the night she was named Miss Palms Springs, Mamie Van Doren was discovered by Howard Hughes. In addition to dating her for five years, Hughes helped get her career off the ground. She started out with uncredited roles in the movies His Kind of Woman and Two Tickets to Broadway. She landed her first major role in The All American alongside Tony Curtis.

By the late ’50s, the American actress was starring in B-Movies like Ain’t Misbehavin’, Running Wild, High School Confidential, Star in the Dust, The Girl in Black Stockings Teacher’s Pet, Born Reckless, Vice Raid, and Girls Town. The actress starred alongside Jackie Coogan in four films, High School Confidential!, The Beat Generation, The Big Operator, and Sex Kittens Go to College. Twice, Van Doren posed for Playboy magazine to promote her film 3 Nuts in Search of a Bolt. From the 50 -60s, she also starred in the movies Yankee Pasha, Jet Pilot, College Confidential, You’ve Got to Be Smart, and the Candidate.

A bonified sex symbol, Van Doren was even condemned by the Catholic Legion of Decency for her movie, Untamed Youth. Along with Marilyn Monroe and Jayne Mansfield, Van Doren soon became known as one of “The Three M’s”. The only time Van Doren starred alongside a fellow M-er was with Jayne Mansfield in The Las Vegas Hillbillys. Towards the end of her career, she starred in two of the films she became best known for: The Navy vs. the Night Monsters and Voyage to the Planet of Prehistoric Women.

Van Doren has been married five times. In chronological order, her husbands included: sportswear manufacturer Jack Newman, actor Ray Anthony, baseball player Lee Meyers, businessman Ross McClintock, and actor Thomas Dixon — the latter of whom she is still married to. Van Doren has a son named Perry Ray Anthony with her second husband Ray Anthony. While married to Anthony, Van Doren allegedly began a tryst with her co-star Steve Cochran in her dressing room. She is the last surviving member of the Three M’s. Her most recent appearance was as Mrs. Van Graaf in the 2002 movie Slackers.