Was ‘The Man with Two Faces’ Real? 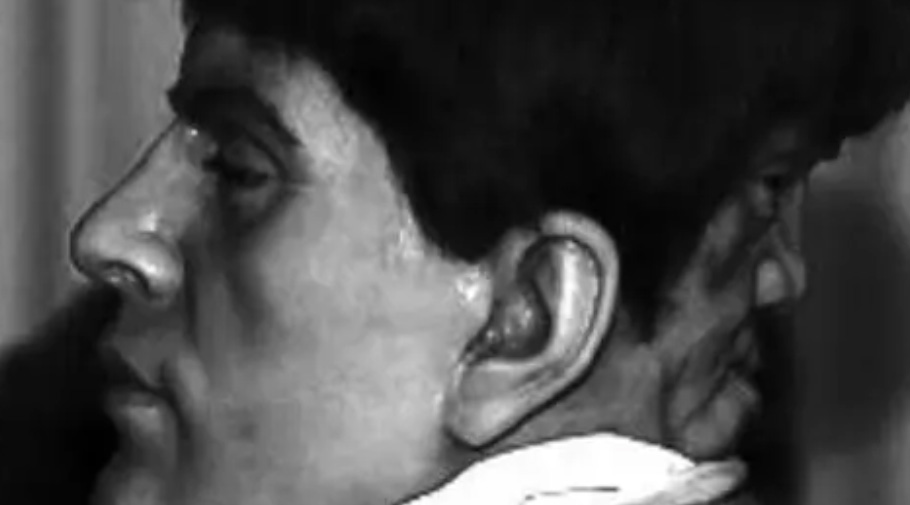 Edward Mordake lives on long after his death in internet memes and hoax posts as a man with a second face on the back of his head. Edward Mordrakes even inspired a character on FX’s hit show, American Horror Story: Freak Show for three episodes. Some say that Edward Mordake was real and others say he was a legend. There is some evidence to back it up both claims. So was he? Was the man with two faces real?

The Legend of Edward Mordake

According to Gould and Pyle’s Anomalies 1896 Curiosities of Medicine, this is the description of a man named Edward Mordake.

“One of the weirdest as well as most melancholy stories of human deformity is that of Edward Mordake, said to have been heir to one of the noblest peerages in England. He never claimed the title, however, and committed suicide in his twenty-third year. He lived in complete seclusion, refusing the visits even of the members of his own family. He was a young man of fine attainments, a profound scholar, and a musician of rare ability. His figure was remarkable for its grace, and his face – that is to say, his natural face – was that of Antinous. But upon the back of his head was another face, that of a beautiful girl, ‘lovely as a dream, hideous as a devil.’ The female face was a mere mask, ‘occupying only a small portion of the posterior part of the skull, yet exhibiting every sign of intelligence, of a malignant sort, however.’ It would be seen to smile and sneer while Mordake was weeping. The eyes would follow the movements of the spectator, and the lips would ‘gibber without ceasing.’ No voice was audible, but Mordake avers that he was kept from his rest at night by the hateful whispers of his ‘devil twin,’ as he called it, ‘which never sleeps, but talks to me forever of such things as they only speak of in hell. No imagination can conceive the dreadful temptations it sets before me. For some unforgiven wickedness of my forefathers I am knit to this fiend – for a fiend it surely is. I beg and beseech you to crush it out of human semblance, even if I die for it.’ Such were the words of the hapless Mordake to Manvers and Treadwell, his physicians. In spite of careful watching he managed to procure poison, whereof he died, leaving a letter requesting that the ‘demon face’ might be destroyed before his burial, ‘lest it continues its dreadful whisperings in my grave.’ At his own request he was interred in a waste place, without stone or legend to mark his grave”.

The Reality of Edward Mordake

Mummified head of Edward Mordake, born in the 19th century. According to an urban legend, Mordake had an extra face peering out of the back of his own head. While the extra head could not see, hear, or speak out loud, it was said to sneer when Mordake was happy and grin while he was crying. He often pleaded to doctors to remove the extra face, which he dubbed to be his "demon face." He insisted that, during the night, it would whisper things to him, things that would only be spoken about in Hell. According to legend, Mordake committed suicide when he was only 23-years-old. #ExtraFace #ScaryFace #MummifiedHead #UrbanLegend #EdwardMordake #DemonFace #Sneering #Grinning #Whispering #Hell #Suicide #CreepyPhotosAndTheirStories #TwoFaces #Mummy #Legend #CreepyTales #WhispersAtNight #RealPhotos #19thCentury #TwoHeaded #Mummy #ScaryRealPhotos #CreepyLegends

The aforementioned account of the alleged real-life Mordake was written by a fiction writer and poet named Charles Lotin Hildreth. He wrote this in 1895 in an article for The Boston Sunday Post about urban legends or “human freaks”.  Entitled, “The Wonders of Modern Science: Some Half Human Monsters Once Thought to Be of the Devil’s Brood”, Hildreth detailed the “Fish Woman of Lincoln”; a woman with scales on her legs, the “Melon Child of Radnor”; a child with a head the size and color of a melon, and Jackass Johnny; a guy with long, furry ears.

If he were real, the condition that Mordake might have suffered most likely would have been Craniofacial Duplication, also called Diprosopus. It’s a congenital defect that causes facial features to be repeated on various parts of the head. The condition hasn’t been fully explained, but it is similar to a conjoined twin, in a sense. It is believed to be another form of conjoined twins. However, this condition has a very low survival rate and often ends in the child being stillborn.