Mariah Carey is sending her ex-fiance James Packer a strong message by burning the wedding dress she would have worn on their special day had they not called it quits back in October.

In her new music video for song “I Don’t” featuring YG, the singer tosses the $250,000 custom Valentino dress she bought prior to cancelling her Bora Bora nuptials into a fire. Carey then struts around in a skin-tight red gown shaking off the man who kept playing games like he knew she was there to stay.

“Cause when you love someone / You just don’t treat them bad,” the song goes. “You messed up all we had /Probably think I’m coming back, but I don’t”

The song was rumored to have been written in response to her breakup with Packer — “I don’t” being a twist on “I do” — and her dress burning certainly confirmed the theory. TMZ also reported that the video was filmed at the couple’s former mansion in Calabasas, adding fuel to the fire so to speak.

RELATED: A bride had Mariah Carey and Elton John perform during her reception, and it was out of this world 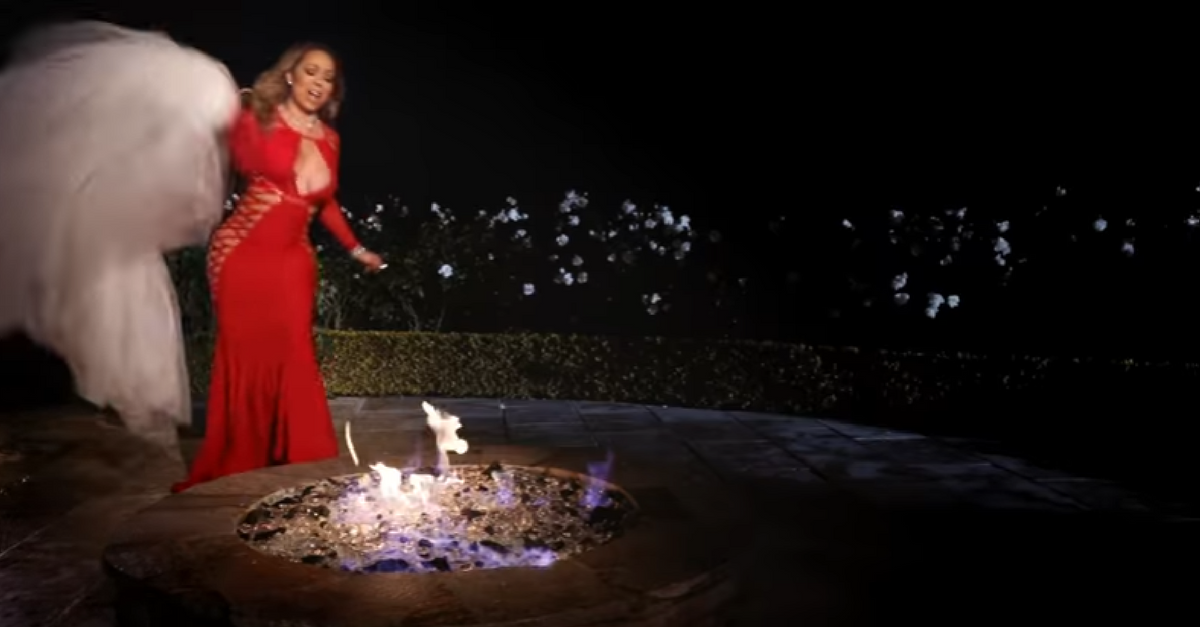