Almost two months since her problem-plagued performance at a New Year’s Eve celebration, Mariah Carey appeared on “Jimmy Kimmel Live” to sing one of her newer songs.

Carey sparkled in a low-cut red dress as she performed “I Don’t” featuring YG.

In contrast to her live performance, Carey’s Kimmel performance went off without a hitch.

Though she didn’t reference her NYE performance, Carey has spoken about it in the past.

“I came to New Year’s Eve in New York in great spirits and was looking forward to a celebratory moment with the world,” Carey said in the days following her New Years Eve performance. “It’s a shame that we were put into the hands of a production team with technical issues, who chose to capitalize on circumstances beyond our control. They foiled me.” 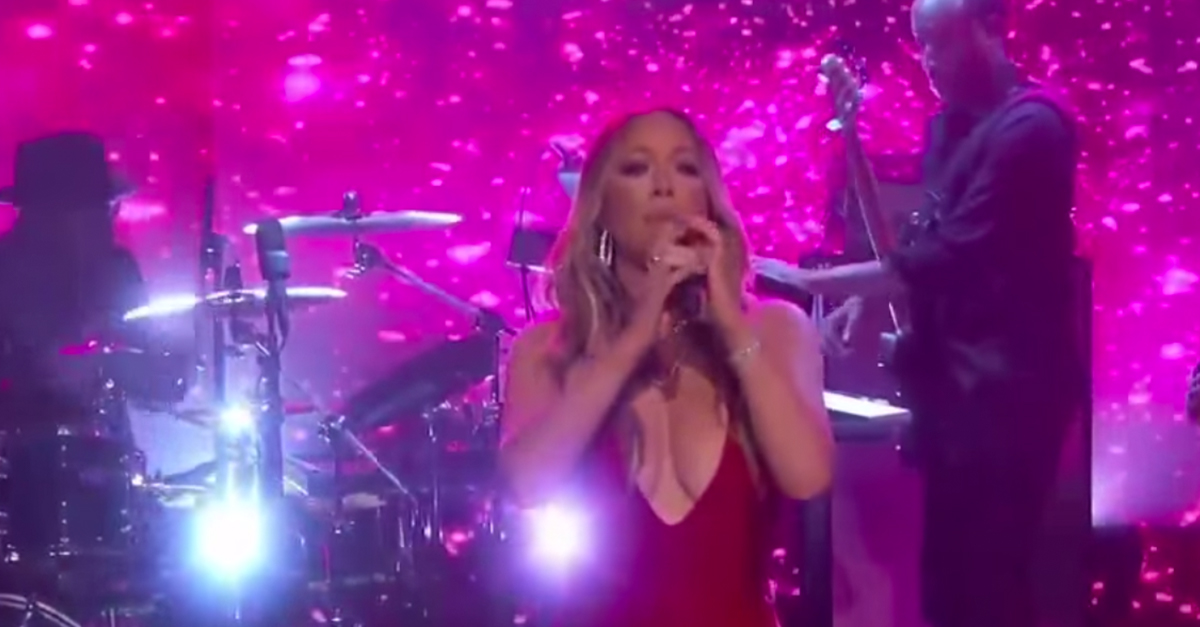