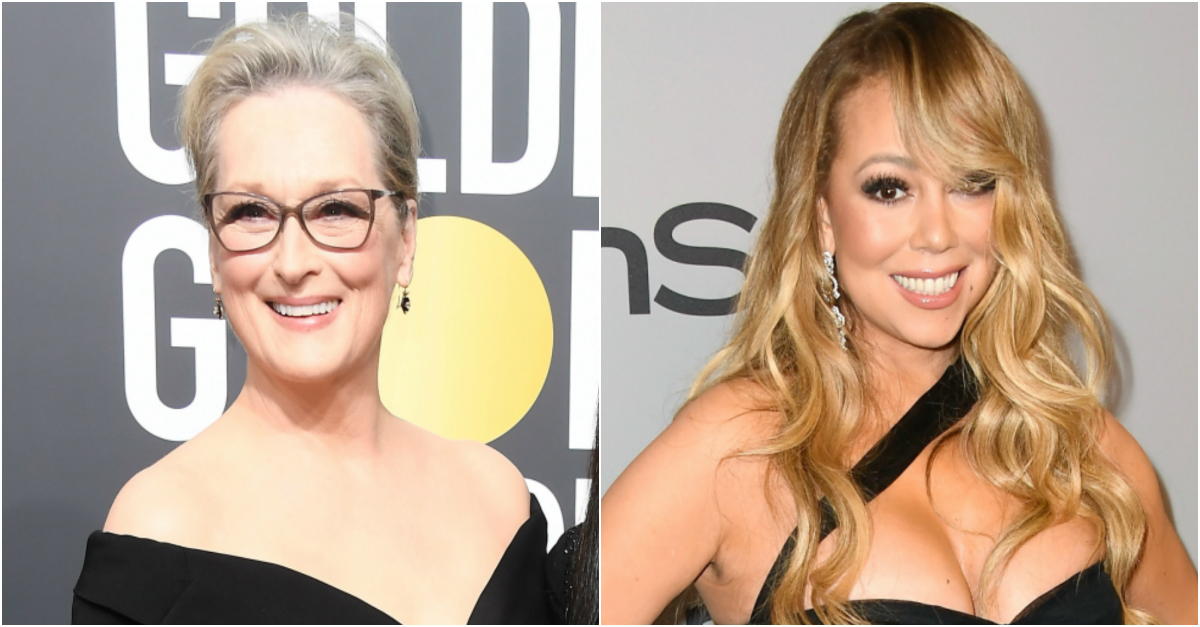 Mariah Carey deserved an extra paycheck for her performance as a seat filler at last night’s Golden Globes ceremony.

Due to a little misunderstanding, the famous diva ended up sitting in seat that belonged to someone else — right next to Steven Spielberg!

Carey claims that she claimed the closest empty seat she could find as a commercial break came to an end while she was returning from the bathroom.

?Got caught mingling on the way to the loo during a commercial break.. took the first seat available, happens to be right next to Steven Spielberg,? Carey wrote.

?Cut to next commercial break,? she continued, ?guess who comes back to her seat??

Got caught mingling on the way to the loo during a commercial break.. took the first seat available, happens to be right next to Steven Spielberg 😮😮 Cut to next commercial break, guess who comes back to her seat…

The answer was none other than Meryl Streep!

It was queen vs. queen!

Apparently Meryl saw the funny side.

It was an eventful evening for Mariah, who also gave Ryan Seacrest some major side-eye on the Golden Globes red carpet after he asked about her New Year?s Eve performance in Times Square.

You may recall the series of technical difficulties Carey experienced during her performance that kicked off 2017 on ?Dick Clark?s New Year?s Rockin? Eve.? For the recent start of 2018, Carey took another shot, and everything went smoothly. However, there was a not-so-technical difficulty: Carey stopping mid-performance to ask for some hot tea.

?I was told there would be tea. Oh, it?s a disaster!? she told the audience. ?Okay, well we?ll just have to rough it. I?m gonna be like everybody else with no hot tea.?
She tweeted a photo later, which quickly became the internet?s first meme of 2018.

On the Golden Globes red carpet a week later, Seacrest asked her about the New Year?s Eve moment, then quickly backed off after he seemed to sense her annoyance.

Carey responded that said she doesn?t like to dwell on past events.

Seacrest, who seemed to be backpedaling a bit, said that ?people loved it? and noted the strain New Year?s Eve?s sub-freezing temperatures put on her vocal chords.

Later on in the night, Mariah followed up on her tea meme:

Are they serving tea here? #GoldenGlobes