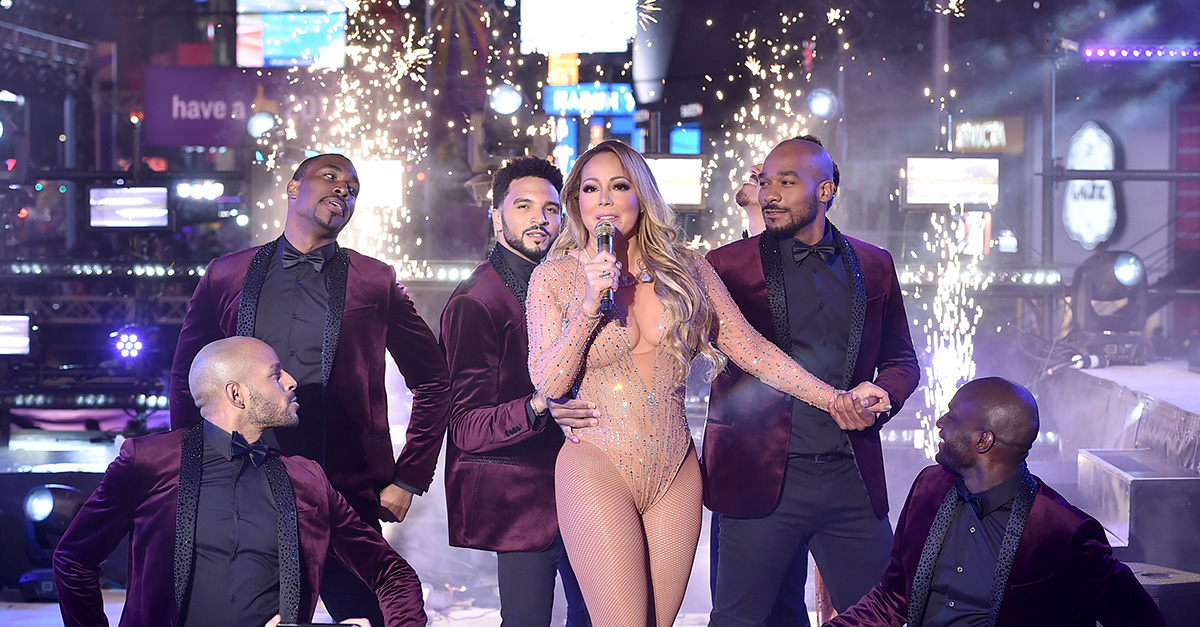 According to TMZ, Carey and her team told producers at Dick Clark’s New Year’s Rockin’ Eve that her inner ear pieces weren’t working before she hit the stage. She claims that they assured her everything would be fine before her performance.

Approximately six minutes before Carey went onstage, she claims she could barely hear from her ear pieces, but the producers assured her they would start working when she left the makeup tent and headed to the stage. Carey claims that right up until she went onstage, she couldn’t hear anything from the inner ear pieces and was repeatedly assured everything would be fine.

She also claims that when she finally got onstage, the prompters that should have had her lyrics playing were also not working and the Dick Clark team had to change the batteries in her microphone moments she went onstage.

Her team reportedly fired off a nasty email to Dick Clark Production following the performance and wrote, “this is sabotage,” adding it was done on purpose, “so they could get Mariah drama.”

Sources close to Dick Clark Production say that the claims are “silly” and denied any sabotage. They also claim that there were eight monitors on the stage playing the track so that if her inner ear wasn’t working, Carey could still hear the music.