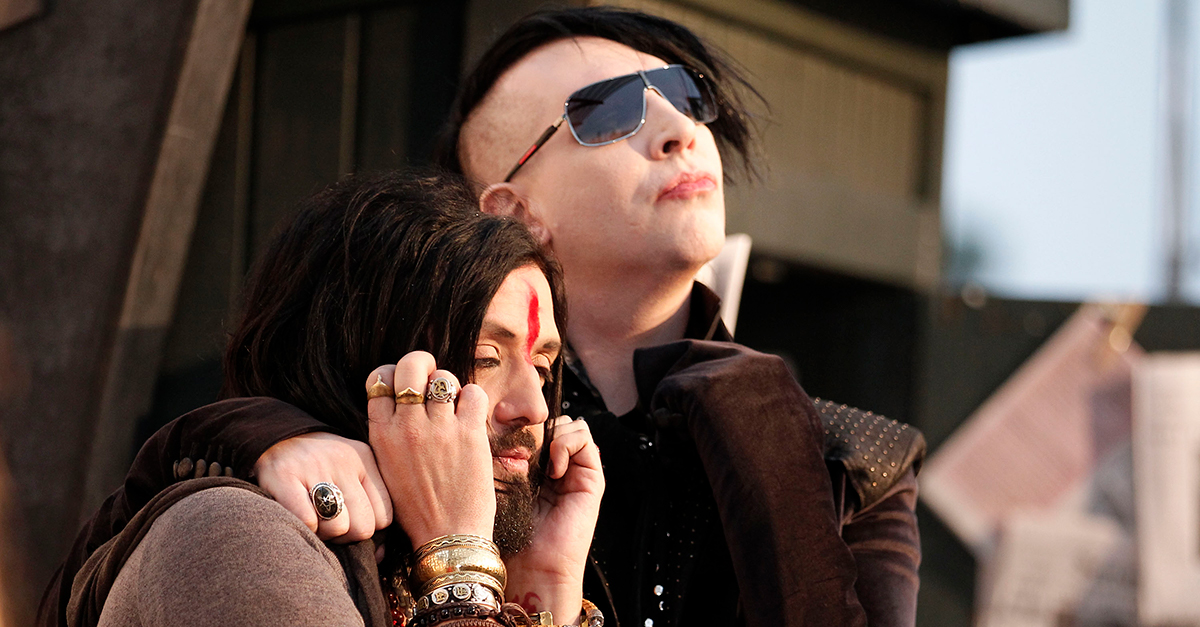 Rocker Marilyn Manson has fired his longtime bassist, Jeordie White — who goes by the stage name Twiggy Ramirez — after rape allegations against him surfaced.

White was accused of rape by his former girlfriend and lead singer of Jack Off Jill, Jessicka Addams. In a lengthy Facebook post, Addams shared details of the alleged rape and abuse during her relationship White.

She stated that she was discouraged from revealing the incidents by her record label, which she claimed was fearful that “the big machine behind Marilyn Manson would use their power to destroy not only Jack Off Jill, but [her] name, Jessicka, as well.”

Soon after the post, Marilyn Manson announced that he’d split with White.

He tweeted, “I have decided to part ways with Jeordie White as a member of Marilyn Manson. He will be replaced for the upcoming tour. I wish him well.”

I have decided to part ways with Jeordie White as a member of Marilyn Manson. He will be replaced for the upcoming tour. I wish him well.

Addams responded with gratitude at the action.

She replied, “Thank you. I am truly at a loss for words.”

Thank you. I am truly at a loss for words. https://t.co/asrHB2idNx

Although a few have come out rejecting Manson’s decision, many fans are commending the artist for making the “right decision” in spite of the repercussions.

Marilyn made the uneasy, but right decision. I know it couldn't have been easy since Jeordie was his friend of 25 years, but what Jeordie did (or at least was accused of) was inexcusable & disgusting. Justice is served. Shout out to Manson for doing the honorable, right thing. https://t.co/pLQdwzASqE

THIS is how you handle things when your piece of shit friend turns out to be a rapist/abuser. Never make excuses, no matter the relationship https://t.co/9QyHO3LVDc

The removal of White from the band comes on the heels of the news of the death of the group’s founding guitarist, Scott Putesky, whose stage name was Daisy Berkowitz.