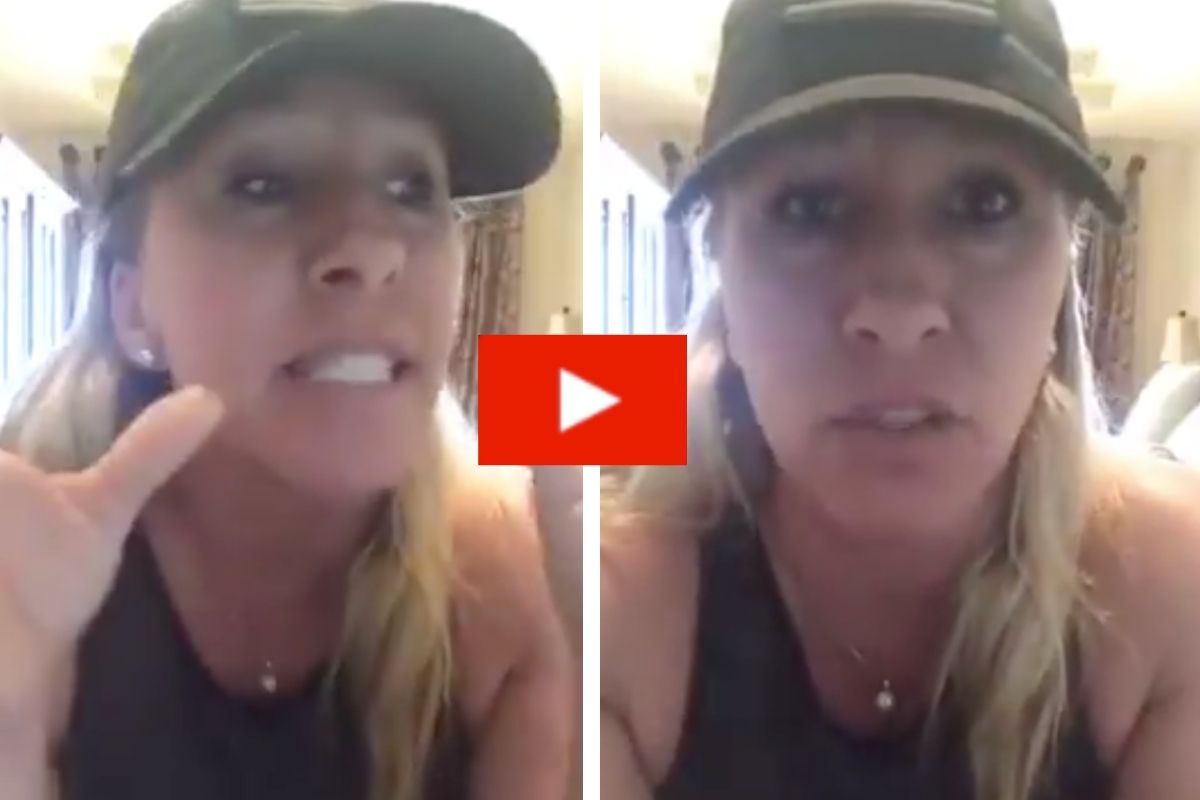 You really have to be careful what you put out on the Internet, especially if you’re in politics. What you put out there will stay out there, no matter how hard you try to delete it and erase it from existence. And it looks like GOP congresswoman Marjorie Taylor Greene is learning that lesson the hard way.

House Republican Greene, a proud supporter of former President Donald Trump, posted a video of her explicitly comparing members of Congress to people who suffer with Down’s syndrome, saying that they were, “r*tards without common sense.”

Greene, a loud supporter of the QAnon conspiracy theory, made the offensive remarks on social media right before she was elected as a Representative for Georgia back in November, and now, the clip has resurfaced on Twitter during the coronavirus pandemic. She had also called Congress members who didn’t want to spend money associated with Mexican drug cartel boss “El Chapo,” on the US border wall, “so stupid.”

Here's video I found of Marjorie Taylor Greene calling electeds an awful slur used against those with learning disabilities. She then says "I'm not trying to talk down on people with Down's Syndrome. But that's what these people are." Expel Greene. pic.twitter.com/I7GmxuWZp5

Scott Dworkin, the co-founder and executive director of the Democratic Coalition super PAC, shared the video, with the caption, “Here’s [a] video I found of Marjorie Taylor Greene calling electeds an awful slur used against those with learning disabilities. She then says ‘I’m not trying to talk down on people with Down’s syndrome. But that’s what these people are.”

CNN had actually caught Greene in action as she apparently was starting to remove old social media posts made back in 2018-2019, despite claims that she was liking posts about executing Congress Democrats, such as Speaker of the House of Representatives Nancy Pelosi. And House Speaker Pelosi responded, explaining her concern that Republican leaders in the House were, “willing to overlook, ignore those statements,” made by Greene.

Greene had actually made those claims three weeks after Congress was forced to take shelter from Trump and QAnon supporters who stormed the US Capitol back in early January. And now Democratic lawmakers are starting to discuss a House vote on whether they should remove Greene’s committee assignments or expel her completely.

Fake News CNN is writing yet another hit piece on me focused on my time before running for political office.

I will never back down to the enemy of the American people and neither should you. pic.twitter.com/K3JuvqrDGS