Mark Hamill’s 3 Children Were In ‘Star Wars: The Last Jedi’ 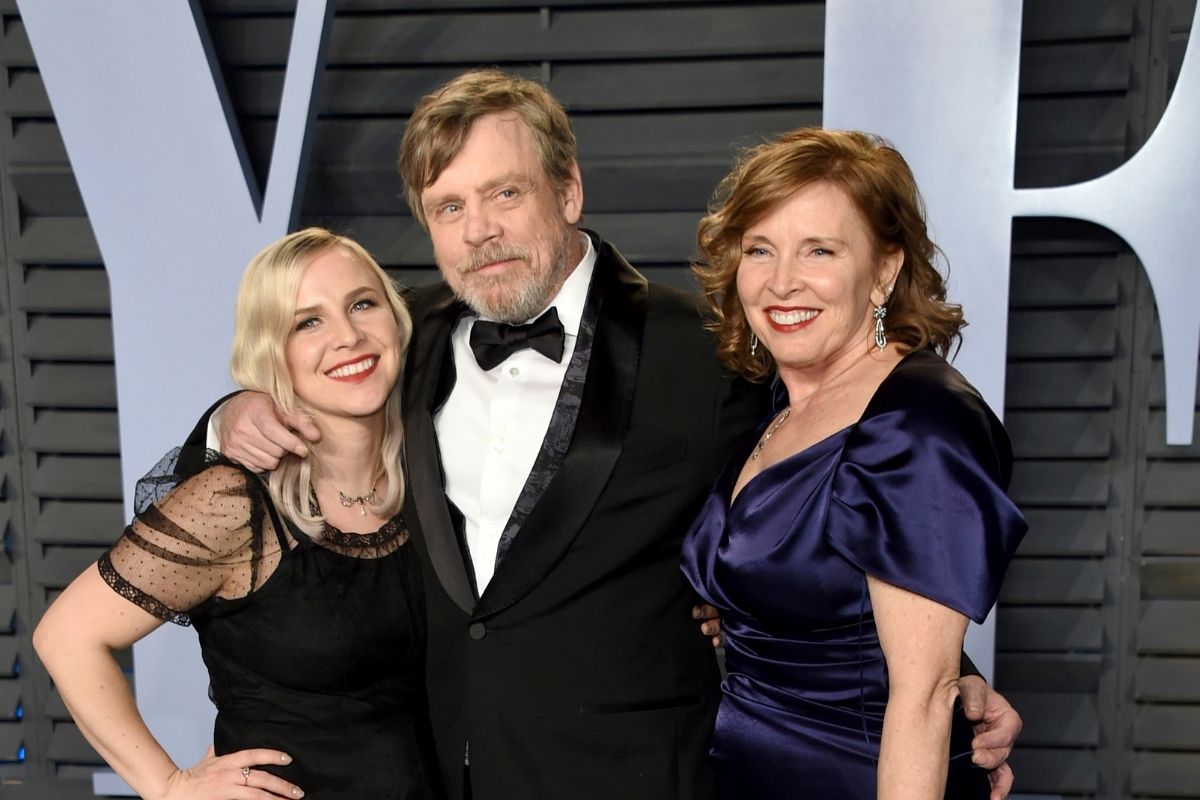 To any of George Lucas’ Star Wars fans, Mark Richard Hamill needs no introduction. He is the face of the rebels in some of the most favorite star wars stories as Luke Skywalker, brother to Carrie Fisher’s Princess Leia character from the original film series, including the Star Wars Holiday Special, The Empire Strikes Back, and Return of the Jedi, and Star Wars: The Rise of Skywalker, and even made a cameo on The Mandalorian.

Playing Skywalker has won the talent actor three Saturn Awards. But besides being an actor, he is also a voice actor, and writer. His voice acting credits include the Joker, Batman: The Animated Series, the Fire Lord Ozai in Avatar: The Last Airbender, and voiced a character in the Regular Show.

Mark Hamill’s first time laying eyes on his future wife, Marilou York, at his dentist’s office. He was there for dental work… and she was working a shift as a dental hygienist at the Westwood dentist office. Instead of opening with something cheesy like “hey, I’m an actor set to star in Star Wars,” he led with something far worse. Speaking with People magazine he stated “She came into the waiting room in jeans, white coat, breasts like melons, looking like a Vargas painting. I said, ‘They let you dress like that at work?’ She said, ‘Yeah. Next.’”

After his previous relationship with another access, Anne Wyndham from General Hospital, he’d sworn off dating other actors, so Marilou was perfect. The couple got married in December 1978 in their Malibu home. They later welcomed three kids: Nathan, born in 1979; Griffin, born in 1983; and Chelsea Elizabeth, in 1988. Today, Marilou is the CFO of Mark’s company Amazing Invisible Inc., which also employs some of his children. She and Mark just celebrated their 40th year of marriage!

The Force Runs Within Family!

Hammil’s children are all creatives in their own right and pursuing their own fields. His son Nathan Hamill is an artist specializing in illustration and toy design. Griffin Hamill is an actor known for Silent Night; he also acts and teaches martial arts. Chelsea Hamill works with her mother at her dad’s company, Amazing Invisible Inc, in public relations. Although they pursue other passions, the kids all have a few acting credits; Chelsea in the Disney episodes, The Force Awakens, The Last Jedi, and Rise of Skywalker; Gfirrin on in The Last Jedi, and Nathan has a credit in the Phantom Menace. There is, apparently,  some debate on if these are all correct as Hammil wasn’t even in the latter.

However, recently, they all got to work together when they all had cameos in The Last Jedi. Chelsea, Nathan, and Griffin all cameo’d as resistance soldiers. Hamill took to social media, tweeting @hamillhimself to director Rian Johnson a special thank you that his kids made it into the Lucasfilm production. There were no spoilers here, but many other cameos were shot for the film who didn’t make the movie. To ensure they made the movie, Hamill even had to tell his daughter Chelsea in one of her scenes to “Pop-up FASTER or Oscar’ll block ya!” (Oscar Isaac). Surely it was a fun experience for all the family and fans watching!