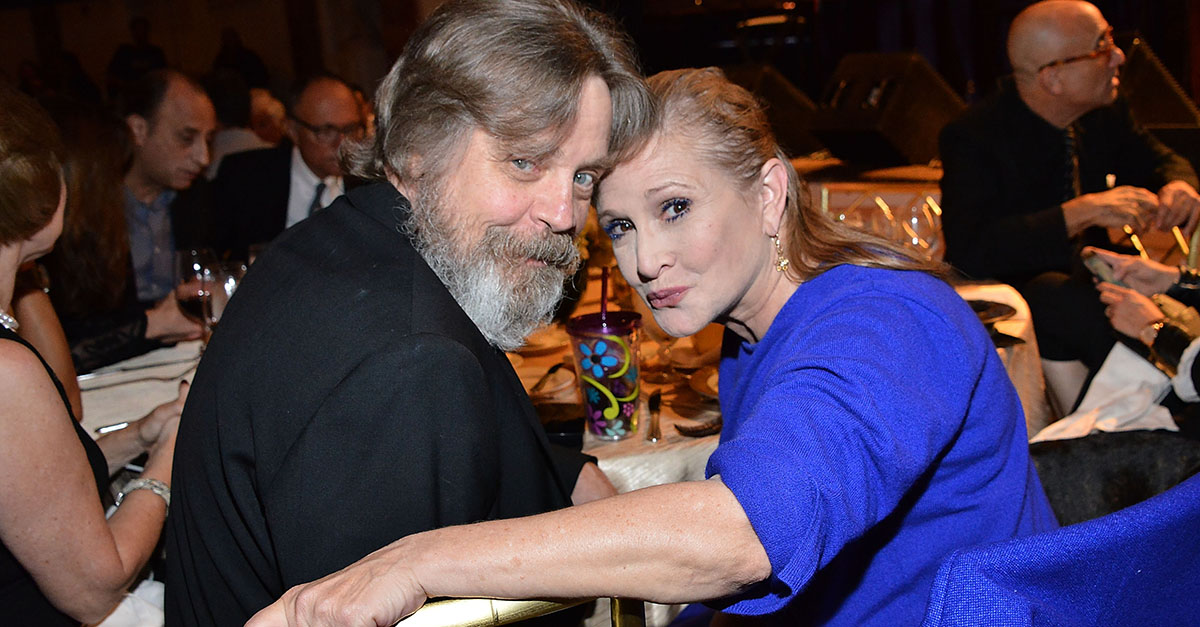 Mark Hamill was thinking about Carrie Fisher and Debbie Reynolds this weekend.

On March 25, the mother and daughter were remembered in a public memorial service in California and ahead of the event, Hamill took a moment to remember the legendary actresses on Twitter.

“We Remember Them…” he wrote alongside photos of the women through the years. “As long as we live, they too shall live. For they are a part of us all.”

We Remember Them…
As long as we live, they too shall live.
For they are a part of us all. pic.twitter.com/D3obeK00PH

In a separate post, Hamill paid tribute to Fisher.

“Then there was the time she promised if I went 1st-she’d heckle my funeral. Fiercely funny-I know she would also like us all to laugh today,” he wrote with photos of them together.

Then there was the time she promised if I went 1st-she'd heckle my funeral. Fiercely funny-I know she would also like us all to laugh today. pic.twitter.com/K2iQtA57W4

Fisher died just days after Christmas Day 2016 after suffering a heart attack on an airplane from London to Los Angeles. Her mother, Debbie Reynolds died one day later after having a fatal stroke.

The mother and daughter were laid to rest in a private service in December.

RELATED: Antonio Banderas stunned fans with this shocking confession about his health

The public memorial took place at 1 p.m. on Saturday and was kicked off by performances by students from the Debbie Reynolds Studio, the Gay Men’s Chorus of Los Angeles and singer James Blunt; and music from “Star Wars” producer John Williams

Hamill also retweeted an image of a program from the event.

“In lieu of flowers, we kindly ask you to honor Debbie and Carrie’s incredible legacy by making a gift in their memory to support mental health at UCLA through the Thalians,” the cover read.