On Sunday night, Hamill introduced the In Memoriam segment of the Tony Awards and gave a special shout out to his “Star Wars” co-star Carrie Fisher.

“This past year, we lost many beloved members of our theatrical family. Legends from the stage, artists from behind-the-scenes, princes of show business and a princess,” he said. “They inspired a generation of theatre lovers projecting strength, resilience, and integrity. We will cherish their passing and expertise that made Broadway what it is today.”

He then introduced the In Memoriam segment, which paid tribute to such legends including Fisher, Mary Tyler Moore, Gene Wilder and more.

Fisher passed away suddenly in December 2016 after suffering a heart attack on an airplane from London to Los Angeles. Her mother, Debbie Reynolds, died just days later after having a stroke. They were buried together, and a memorial was debuted in May at Hollywood’s Forest Lawn Memorial Park. 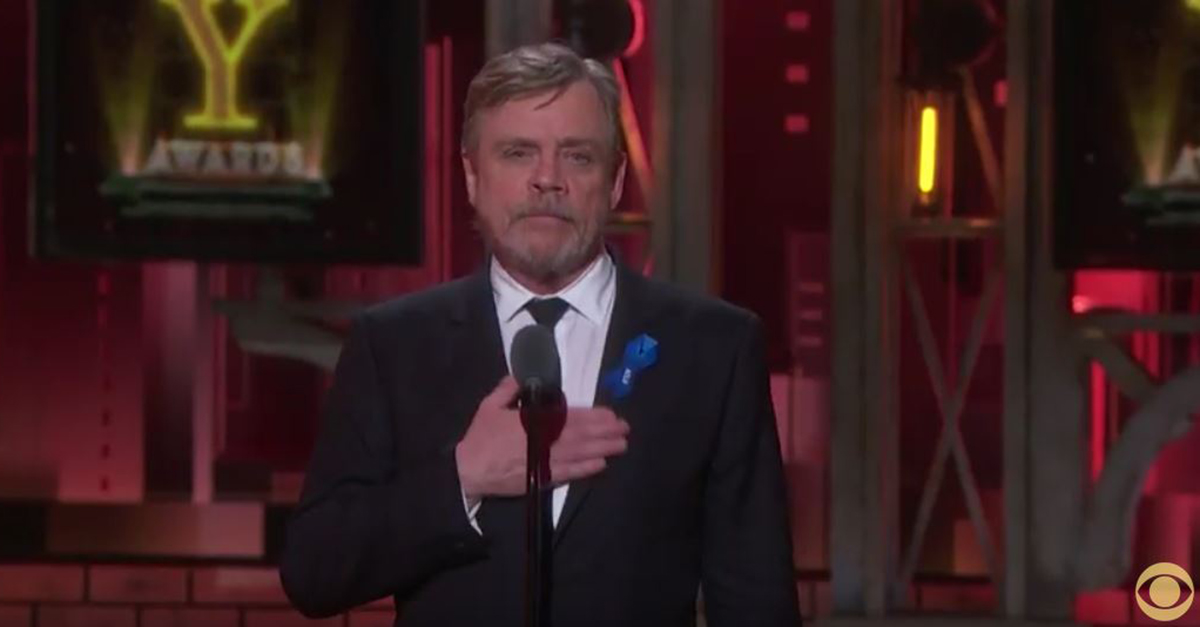