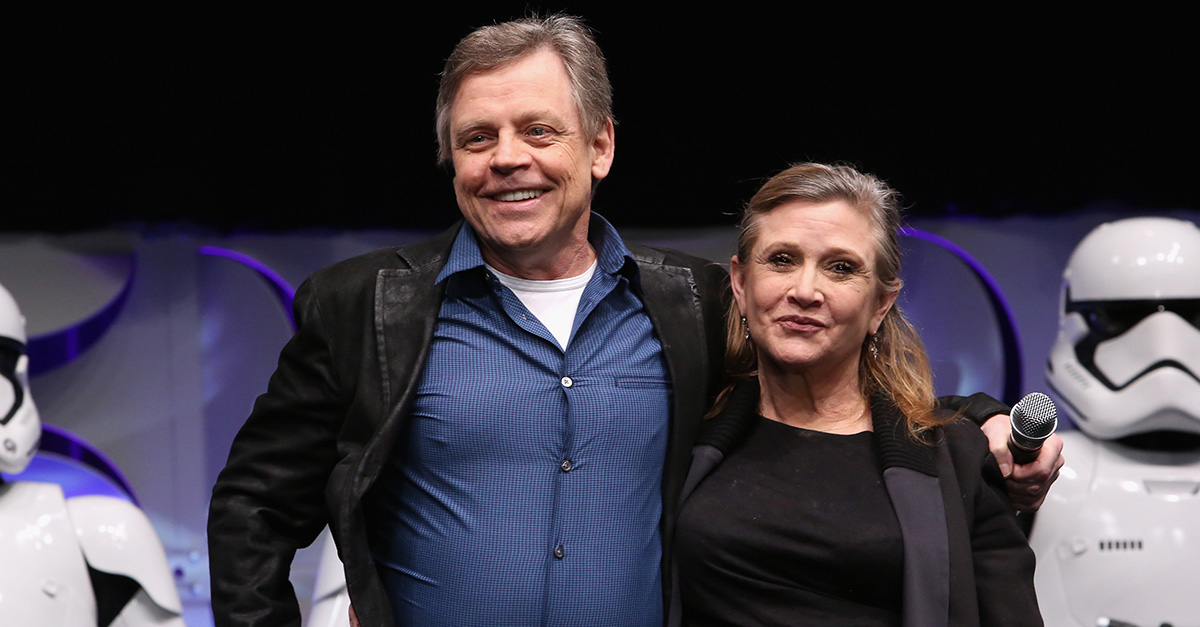 Mark Hamill is remembering his “Star Wars” co-star and dear friend one year after her untimely death.

On Wednesday morning, the actor took to Twitter with a touching tribute to the late Carrie Fisher.

“No one’s ever really gone… #AlwaysWithUs #CarrieOnForever,” he wrote alongside a series of photos, including an illustration of Fisher in a saintly style, flipping the bird and holding her beloved dog, Gary.

RELATED: Mark Hamill admits he and Carrie Fisher once “made out like teenagers” during the filming of “Star Wars”

In September, Lourd opened up about moving on after losing her mother.

“Yeah, it’s completely surreal. There’s no way to really explain it,” she told Ellen DeGeneres at the time. “It’s so hard to talk about. I don’t know, if I say that I’m doing good, I’m too happy. And if I say that I’m not doing good, then I’m a mess. So it’s really hard to know what to say about it, because it is just so surreal and impossible to deal with.”

Fisher died one year ago after suffering a heart attack on a plane from London to Los Angeles. Following her death, investigators found traces of cocaine, heroin and ecstasy in her system.

Her cause of death was later ruled as complications sleep apnea and a combination of other factors.