Mark Ruffalo’s Biggest Fan is His Wife Sunrise, and Her Reaction to His Emmy Proves It! 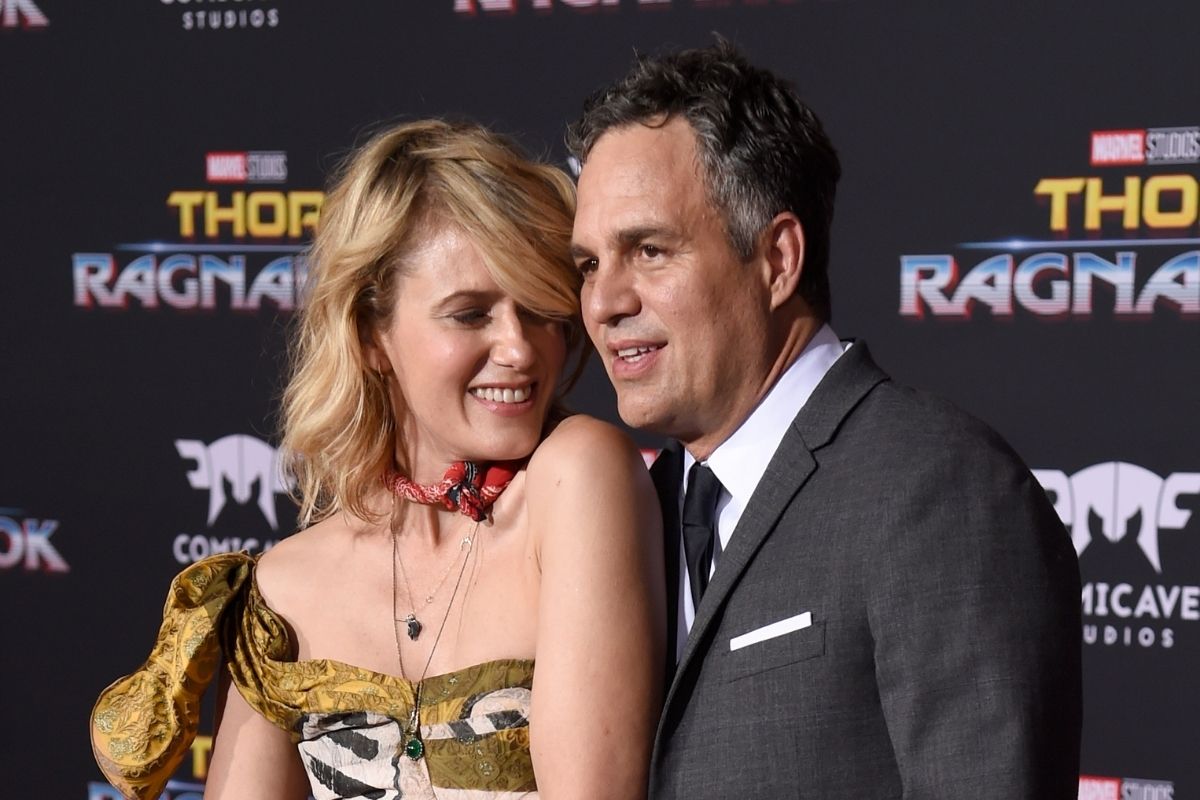 Mark Ruffalo is a bona fide A-lister with credits ranging from his Oscar and Golden Globe-nominated roles in movies like The Kids Are All Right, Foxcatcher, and Spotlight, his 2021 Golden Globe-winning performance in I Know This Much Is True, in which he played identical twins, and his performance as Bruce Banner/The Hulk in the Marvel cinematic universe, appearing in The Avengers, Thor: Ragnarock, and more.

Before he was a Hollywood success, though, the 13 Going On 30 star was “a mess” who “was living in a dump and didn’t even have a driver’s license or a credit card,” as he told Closer Weekly, when he met his future wife, Sunrise Coigney. Coigney, says Ruffalo, “believed in me and kept encouraging me. I don’t know if I would have made it without her.” They married in 2000 and continue to have what looks like a beautiful life together on and off the red carpet. Who is Sunrise Coigney and how did Mark Ruffalo get so lucky?

Mark and Sunny: From California To Callicoon

Per the IMDB, Sunrise Coigney Ruffalo, who also goes by the nickname Sunny, was born in San Francisco, California in 1972. She is an actress, having appeared alongside her husband in 2003’s In The Cut as well as the film Campfire Stories and TV shows, including Line of Fire. Per Pure Wow, she and Ruffalo bought a house in upstate New York in the town of Callicoon when they were still dating, where they still live to this day. A year after their 2000 wedding, they welcomed their first child, son Keen Ruffalo.

In 2002, Mark Ruffalo took a leave from acting when he underwent surgery to remove a brain tumor. He later told Closer Weekly, “It was the worst experience of my life. I was so sure I was going to die that I recorded a video for my son [Keen] so he could know who his dad was.” Luckily, he came through the surgery successfully, and he and Sunrise had two more children—daughter Bella Noche Ruffalo was born in 2005 and daughter Odette Ruffalo in 2007.

After the birth of Keen, Sunrise Ruffalo stepped back from her career as an actress to care for her family, telling WWD  “I had a woman once tell me, ‘You know, Sunrise, you’ll always get a second chance at your career, but you’ll never get a second chance with your children.” In 2017, Coigney opened a summer boutique called Sunny’s Callicoon Pop, “stocked with a selection of artisan items all hand-selected by Ruffalo over many years.” It was her second boutique, having owned the store Kaviar and Kind in Los Angeles in the ‘00s. The shop has since moved to Narrowsburg, NY, and is now known as Sunny’s Pop, “a retail experience curated by Sunrise Ruffalo.” Sunny’s Pop also has a shopping website and a robust social media presence.

The Ruffalos’ relationship also enjoys a robust social media presence, with Mark never hesitating to laud Sunrise in posts, even referring to her as his “hero.” He posted a tribute on Mother’s Day 2020 calling her “A fierce advocate for her kids, always on point no matter how tough it gets.” He celebrated her once again on her birthday in September of 2020, writing on Instagram “Happy Birthday to the most beautiful, magical, bright and exciting woman I have ever known. I am so grateful to have you on this planet and in my life. Happy happy birthday, lover.”

Watch: Colin Jost: How Much Does the ‘SNL’ Cast Member Make Per Episode?