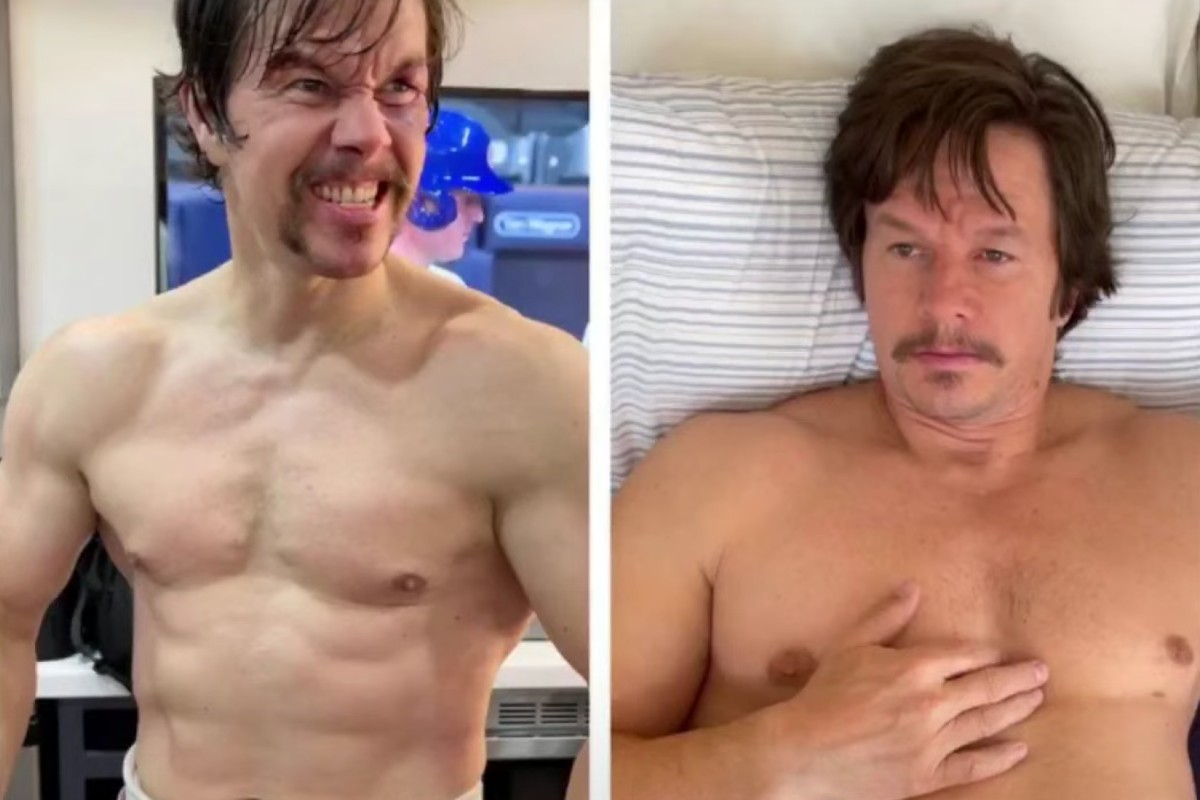 Long notorious for his draconian workout routines and uber-healthy eating, Mark Wahlberg is packing on excess pounds for a movie role — and enjoying it.

This morning on Instagram, the 49-year-old actor proudly showed off his 20-pound weight gain, the product of three weeks of “eating lots of burgers and lots of buns”.

Wahlberg first revealed plans to gain weight for an upcoming movie role last month. During an April 8 episode Jimmy Kimmel Live!, the Oscar-nominee explained that he planned to gain 30 pounds in six weeks for his role as a boxer-turned-priest in his new film Father Stu.

“After we do the boxing scenes, I get to put on as much weight as possible over the course of the film, so I’m challenging myself to put on 30 pounds in the next six weeks,” Wahlberg said.

Wahlberg noted that there would be a “very smart” fitness professional helping him with the body metamorphosis — but he was excited to just chow down on all the non-healthy foods he’d been missing.  “They want me to do it as healthy as possible and I’m like ‘Dude, I’ve been on such a regimen for so long, I just want to eat everything in sight,’ ” the Ted star said.

To kick things off, Wahlberg told Kimmel he planned to eat a  ’20-piece chicken nugget and 20-piece hot wings from Kentucky Fried Chicken with a six-pack of beer” as his first big meal.

Just three weeks later, Wahlberg’s transformation is already impressive. In the Instagram post, the actor displayed side-by-side shirtless “before and after” pics — one with his formerly lean, muscular physique, and the other with his new “dad bod“.

“From left photo 3 weeks ago to this, now. Thanks to @chef_lawrence_d cooking,” Wahlberg wrote as a caption. The social media post drew plenty of comments, including one from his spouse Rhea Wahlberg, who wrote, “and it looks just as hot in person baby.”

Mario Lopez agreed that Wahlberg looks handsome, commenting, “Yo. You wear mad chubby well homie!” The latest update on Wahlberg’s weight-gain saga follows a post from this weekend when the actor shared a video of himself at the gym with his buddy.

“Kenny’s down 50 and I’m up about 20 😂 Inspired to be better!” Wahlberg captioned the video. “I’m going up another 20. Yes it’s for a role. ✝️🙏❤️.” Wahlberg, a devout Catholic who says he starts every day with prayer and reading scripture, is preparing for his upcoming role as Father Stuart Long, an American priest and former boxer who died in 2014 at the age of 50.

Wahlberg is working on the biopic with Mel Gibson and writer-director Rosalind Ross.

Watch: Mark Wahlberg is praying for God’s forgiveness for his role in this feature film