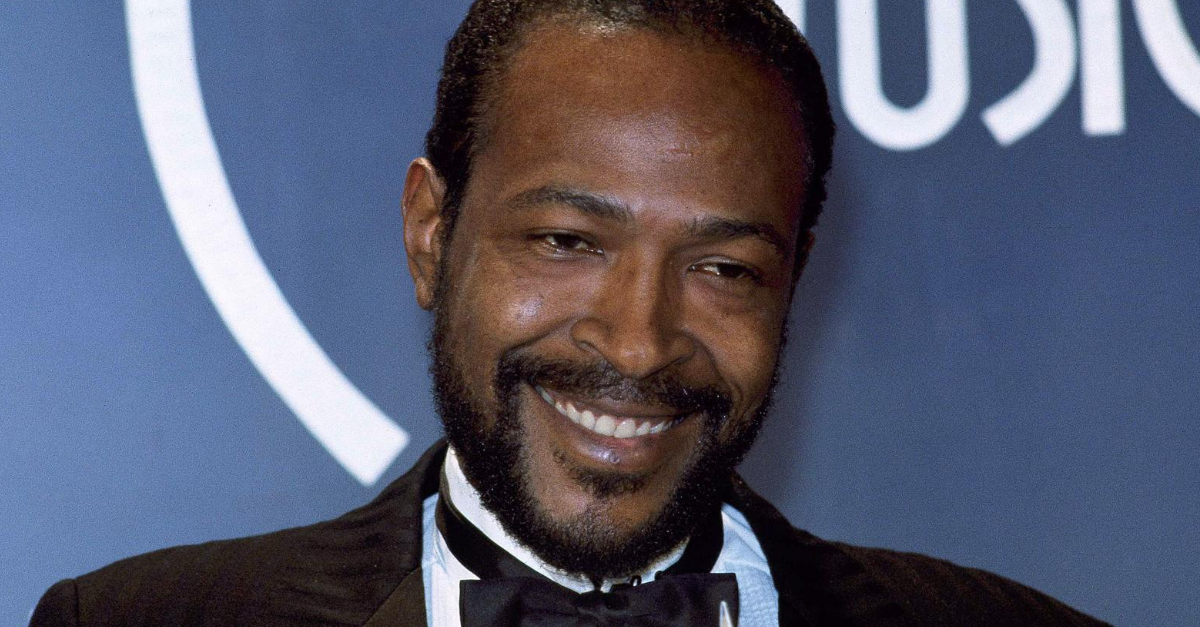 They say that some of the most remarkable beauty and art comes from some of the darkest places. Marvin Gaye’s life was no different. He was a beacon of art and goodness for so many, but his personal life was plagued was familial drama and personal demons.

Marvin Gaye was born on April 2, 1939, to a minister father, Marvin Gay Sr. and his mother, Alberta Gay, in Washington, D.C. The couple has four children, Marvin Jr. was the second oldest.  He had a brother, Frankie, and two sisters Zeola and Jeanne. He started singing in church from a young age; sometimes his father played the piano while he sang. His father also had a dark side that included him getting physical with his kids for their mistakes, especially Marvin. Being involved in music saved Marvin’s life. He joined multiple Doo-Woop groups while he was in high school. His father’s aggression again led him to be kicked out; one such time, he joined the Air force but was only there for a short time.

Gaye and a friend Reese Palmer formed a quartet, The Marquees. They were later hired by the co-founder of Moonglows,  Harvey Fuqua. They released songs like  “Mama Loocie,” which was Gaye’s first time performing lead vocal. The group worked as session musicians for the likes of Chuck Berry and others. Gay eventually started making his music. His first released, Let Your Conscience Be Your Guide” came ou tin May 1961.

The album, The Soulful Moods of Marvin Gaye, followed right after. Without success, he hoped for he worked for groups like The Marvelettes, Jimmy Reed, and The Miracles. Unlike many Motown artist, Gaye refused to take dance lessons. Nor go to grooming lessons in Detroit.

Working with the Marvelettes, he started charting on Billboard Hot 100. In 1963, Tamla issued his album, Marvin Gaye Recorded Live on Stage, and “Can I Get a Witness” became one of his international hits. He recorded a duet album with Mary Wells, which reach the top 42.

His next solo hits were “How Sweet It Is (To Be Loved By You)” and Miracles–composed “Ain’t That Peculiar” became a hit right after that. After scoring a hit duet, “It Takes Two” with Kim Weston, Gaye started working on duets, including with Tammi Terrell. “Ain’t No Mountain High Enough” was one of those. He is, of course, known for “Let’s Get it On,” “I Heard it Through the Grapevine,” “What’s Going On,” “Sexual Healing,” “Midnight Love.”Marvin Gaye became one of the most prominent artists associated with the Motown label and beyond.

Circling back to his childhood and abusive father, Marvin Gaye was fatally shot by his father in his family home in 1984. Gaye was attempting to quell an argument between his parents. They were allegedly arguing over an insurance paper. He told his father not to yell at his mother, and Marvin Gay Sr. came into his room and shot his song twice in the chest. He was pronounced dead when he arrived at the California Hospital Medical Center. He was only 44 years old. His life may have been cut short, but he will forever be remembered for his legendary voice and one of a kind way he made us feel.