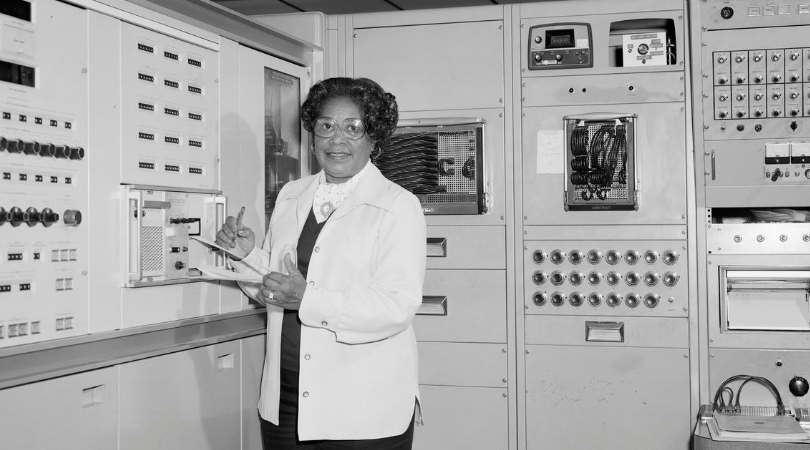 The 2018 film Hidden Figures with Taraji P. Henson, Janelle Monae, and Octavia Spencer along with Kevin Costner, retold the story of a black woman named Mary Winston Jackson who’s story changed not only space explorations and NASA but furthered the narrative of “African Americans” in traditionally white spaces. Mary Jackson was so impactful that NASA named their Washington, D.C. headquarters after her, their first black female engineer.

A little known fact about the National Aeronautics and Space Agency: it used to be segregated. Including the NASA Langley Research Center in Hampton, Virginia. Mary W. Jackson, Hampton born and raised, graduated in 1942 from the Hampton Institute with degrees in physical science and mathematics. She was recruited by the National Advisory Committee for Aeronautics, ten years later, in 1951. She was so good at her job as a research mathematician she was deemed one of the “human computers”.

She worked with another human-computer, Dorothy Vaughan, in the segregated West Area Computing Unit. If you recall seeing the movie or hearing people comment about seeing Jackson (Janelle Monae) strutting half a mile in heels carrying a stack of papers to the segregated bathroom, across campus only to continue to crunch numbers while she was ON THE TOILET and wondered why it was significant. It is because even though her work was so important, she had to squeeze the most productivity out of every single moment, but she wasn’t significant enough to use the commode by people who just looked different.

After two years of computing, Mary Jackson was offered to work in the Supersonic Pressure Tunnel, a 60,000 horsepower, 4×4 wind tunnel. But, before she could earn the promotion she wanted to be an official engineer for NASA, she had to earn a certification, which required her to take a course being held at Hampton High school. However, the course was segregated. Jackson gained special permission to take a class solely occupied by white counterparts. She passed the class, was promoted in 1958, and was hired as NASA’s first black female engineer.

She worked for NASA as an aerospace engineer for two decades. In 1979 Jackson joined the Langley Federal Women’s Program, working to encourage the future of women studying to be mathematicians and scientists. Finally, in 1985, she retired.

We all get to the peak together or we don't get there at all.

In 2019, the Hidden Figures Congressional Gold Medal Act was passed. Jackson, who passed away in 2005, was honored along with other “Hidden Figures” colleagues: Christine Darden, Katherine Johnson, and Dorothy Vaughan.

“It appropriately sits on Hidden Figures Way, a reminder that Mary is one of many incredible and talented professionals in Nasa’s history who contributed to this agency’s success. Hidden no more, we will continue to recognize the contributions of women, African-Americans, and people of all backgrounds who have helped to construct Nasa’s successful history to explore.”

Translation: we f*ed up when we segregated some of the brightest minds who worked for us, and now we’re trying to condone. Congrats, NASA. Hope the tax breaks excellent. RIP Mary Jackson.

Watch: Astronaut Christina Koch Lands Back on Earth After 328 Days in Space