Mary-Kate and Ashley Olsen have been famous their entire lives. The twins got their start on the hit show “Full House” as infants and went on to have hugely successful careers in film as well.

Nowadays, though, the famous duo lives a much more low key life. Having reinvented themselves as fashion designers of a multimillion dollar brand, Mary-Kate and Ashley spend most of their time out of the spotlight now. In a recent interview for Net-A-Porter’s “The Edit,” the twins opened up about their private lives and blossoming fashion careers.

RELATED: The Olsen Twins are rarely ever photographed, so it makes sense that this is their first ever selfie

Mary-Kate married 47-year-old French banker Olivier Sarkozy in a small ceremony in New York City in 2015. The couple began dating in 2012 and Sarkozy has two children from a previous marriage. Mary-Kate opened up to “The Edit” about finding a balance between work and family, since she and her sister are heavily involved with every part of the design process of their many fashion brands. She offered a refreshingly honest perspective on married life:

I think we’re lucky [working hard] comes quite naturally for us. We don’t need so much time to sit and think and ponder. But then I have a husband, two step-kids and a life; I have to go home and cook dinner. I ride horses on the weekends. You find the thing that helps you relax and if you don’t have it, you have to look for it. Or you get burned out and then you’re not productive.

Ashley also opened up about her and her sister’s decision to avoid the prying eyes of social media. Unlike many celebrities, the twins don’t have Twitter, Facebook, or Snapchat accounts. With the exception of the occasional selfie, the twins also rarely use Instagram. “We don’t dive into that world [of social media]; we don’t have Instagram or Facebook,” Ashley said. “So we’ve never been connected to our customers or our fans in that way. We’ve stayed quite sheltered.” 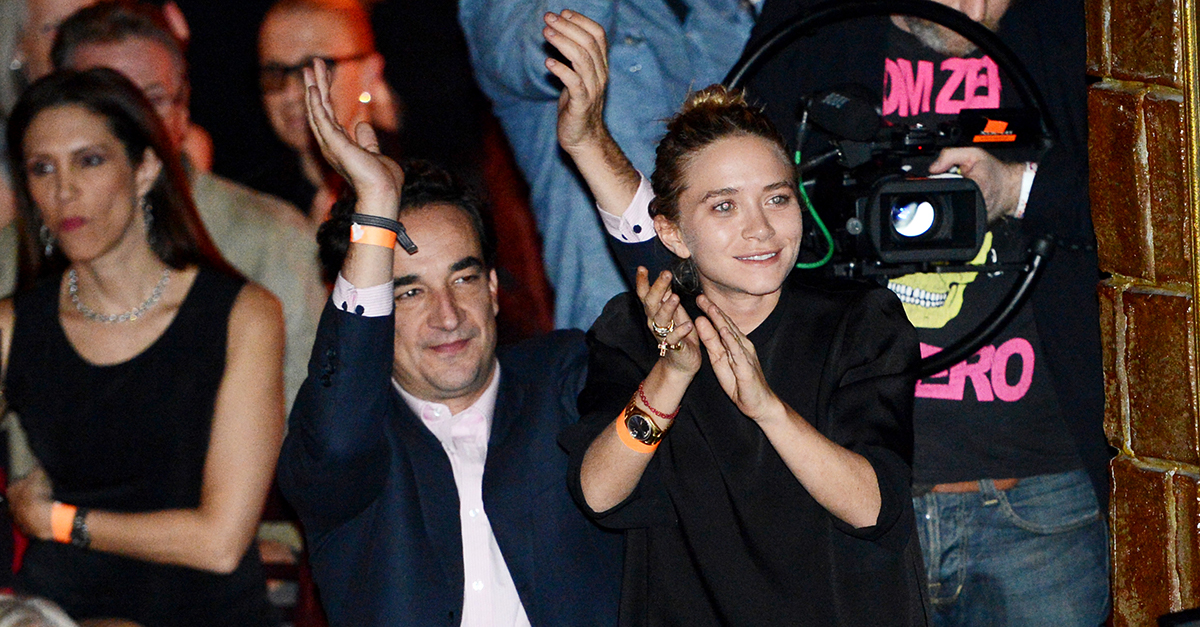