How Mary Tyler Moore Paved the Way for American Femininity 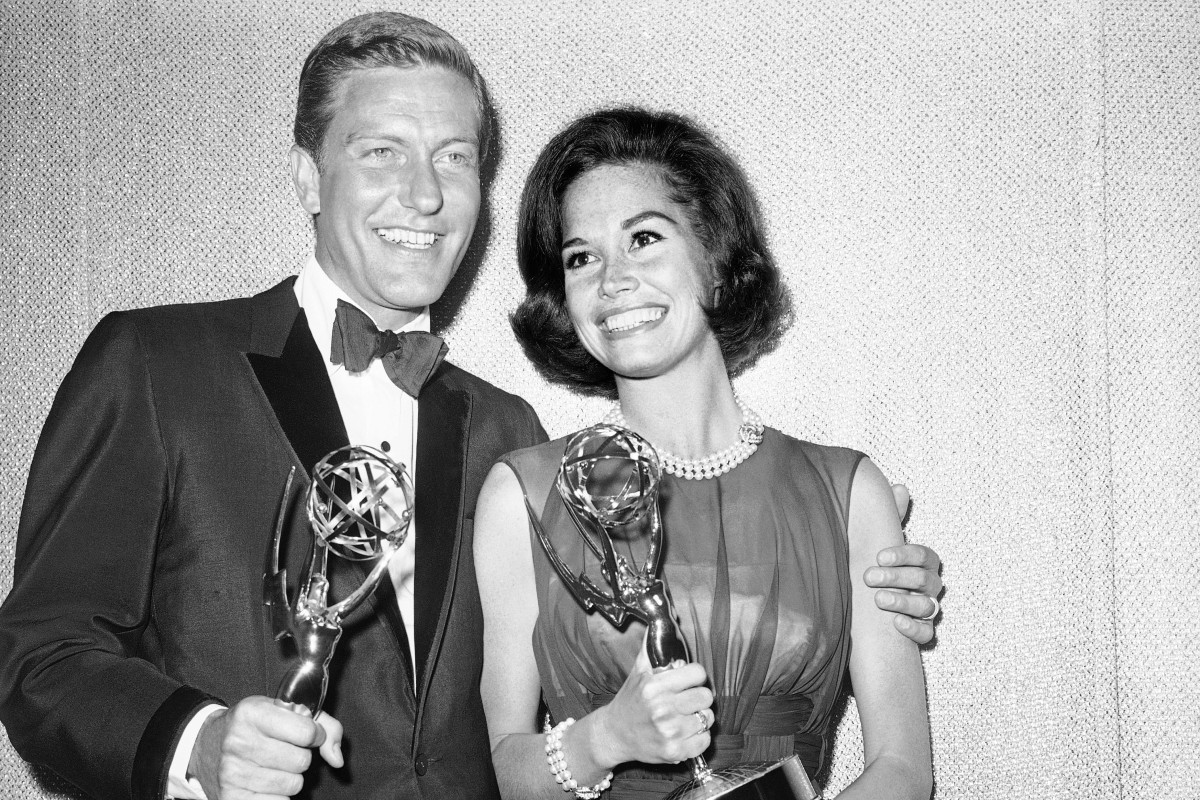 Before her passing in 2017, Mary Tyler Moore challenged social norms and paved the way for a new vision of American femininity.

To celebrate the Emmy-winning feminist icon and the lasting impact of the classic TV sitcom, we’ve rounded up 14 fascinating facts about Mary Tyler Moore that you might not know.

When co-creator Allen Burns and the show’s creative team were first brainstorming the character of Mary Richards, they pictured her as a divorcée. However, CBS researchers warned the team that were four things mainstream audiences would never approve of: New Yorkers, Jews, mustached men, and divorced women. The team relented on the divorcée concept but did keep the character of Rhoda, Mary’s Jewish best friend from New York played by Valerie Harper.

Mary Tyler Moore got her start on The Dick Van Dyke Show, a sitcom created by Carl Reiner that starred Dick Van Dyke. One of the tough things about having Mary Richards be divorced was that Mary Tyler Moore’s character on Dick Van Dyke, Laura Petrie, was a happily married wife and mother. In previews of the shows, test audiences reported being upset that Moore would leave a good guy like Dick Van Dyke. To help separate from Petrie, CBS put her in a long-hair wig during the first season.

3. Mimsie the meowing MTM kitten was adopted from an animal shelter.

Moore’s co-founder and ex-husband Grant Tinker (who later became chairman and chief executive of NBC) had the idea of calling their new production company MTM Enterprises. Since the name was so similar to MGM, the team decided to open the show with a kitten meowing like the roaring MGM lion. They found a few different kittens at a Minneapolis animal shelter and picked the one that could meow the loudest.

4. Gavin MacLeod auditioned for the role of Lou Grant.

Character actor Gavin MacLeod was invited to audition for Lou Grant, Mary Richard’s tough and grumpy boss at WJM-TV station in Minneapolis. After his audition, however, MacLeod requested to read for the role of Murray Slaughter, Mary’s much more likable coworker and head writer of the news. MacLeod got the part, and the role of Lou Grant was given to Ed Asner.

The creative team had envisioned Jack Cassidy, a Broadway, TV, and movie actor, for the role of Ted Baxter — the dimwitted, vain, and miserly anchorman. Not excited about playing the show’s comic buffoon, Cassidy refused the role. But Cassidy would come around after the show took off in popularity; later he would appear on the show as Ted’s insecure, self-centered brother Hal.

6. Ted Knight was pretty down on his luck when he got cast.

Instead of Cassidy, it was American actor and voice artist Ted Knight who ended playing Ted Baxter. Knight auditioned in an anchorman-style suit he’d bought second-hand using his rent money. Fortunately, he wowed the casting crew with his rich voice and sharp comedic timing.

7. Ted Knight wants you to remember he is NOT his character.

Legend has it that Ted Knight had a small breakdown halfway through the show’s third season. Apparently, Knight ran crying into co-creator Allan Burn’s office where he announced “I can’t play Ted Baxter anymore. Everybody thinks I’m stupid and I’m not. I’m intelligent and well-read, but everyone treats me like I’m a schmuck.”

Burns reassured Knight with examples of many other great actors who were quite different from their characters. Right when Knight was about to return to rehearsal, however, co-creator James L. Brooks entered the room, spotted Knight, and said, “Ah, Ted—the world’s favorite schmuck.” Fortunately, Knight had a sense of humor about it and continued with the show.

8. The Mary Tyler Moore Show was part of “the best comedy lineup in TV history”.

9. There could have been a Betty White spinoff.

In season four, Betty White joined the cast as Mary Richard’s man-hungry coworker Ann Nivens. When the Mary Tyler Moore Show ended its seven-season run, the team tossed around the idea of creating a spinoff starring White as Ann Nivens.

10. There ended up being several spinoffs, anyway.

While Betty didn’t go for it, Ed Asner ended up reviving his character in The Lou Grant show, a drama set in a Los Angeles newsroom. Cloris Leachman, who played Phyllis Lindstrom, also revived her character as a widow in California the spinoff Phyllis. Mary and Rhoda, too, parted ways when Valerie moved her character to New York in the spinoff series, Rhoda.

After winning her first Emmy for her role as Laura Petrie in the Dick Van Dyke Show, Moore famously said “I know this will never happen again.” She was wrong: It happened again six times.

12. Moore got an Oscar nomination too.

After a brief acting hiatus following the end of The Mary Tyler Moore Show, Moore headed to Hollywood to film Ordinary People directed by Robert Redford in 1980. Moore received an Academy Award nomination for her role as the frosty, resentful mother grieving her dead son.

On the big screen, Moore also played Ben Stiller’s adoptive mom in Flirting with Disaster (1996). She also appeared in made-for-TV movies as Betty Rollin in First, You Cry (1978), as Martha Weinman Lear in Heartsounds (1984), Mary Todd Lincoln in  Lincoln (1988), and Georgia Tann in Stolen Babies (1993), for which she earned another Emmy Award.

After her work on Ordinary People, Moore played a quadriplegic on the Broadway show, “Whose Life Is It Anyway?”

14. The Mary Tyler Moore Show was the first prime-time series to break character.

Moore and her husband Tinker chose to end the show despite strong ratings because they wanted to end on a high note. At the end of the series finale, Moore comes out and introduces each of her costars by name to TV viewers before the final credits.