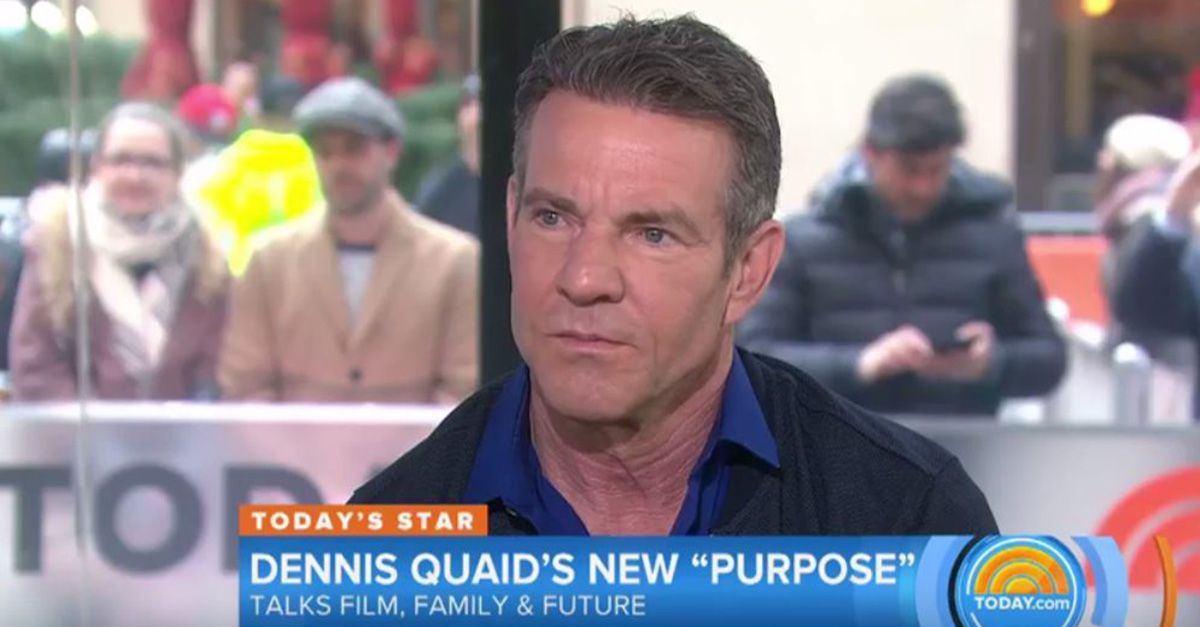 Dennis Quaid stands by his new film, “A Dog’s Purpose.”

During the actor’s Wednesday appearance on “TODAY,” host Matt Lauer wasted no time getting his take on the controversial video of alleged animal abuse on the film’s set.

In the disturbing video, a frightened German Shepard appears to be forced into a pool of rushing water. The production company behind the film announced they will be doing an investigation into the incident, and claimed that no dogs were harmed during the filming.

“Absolutely no dogs were harmed in this,” he said. “This was a video that was shot during the making of this by an unknown individual at the time. He also spliced, edited and manipulated that to make it look like that dog was being abused. That dog had been in that water happily and even afterwards, too. The dog was fine.”

But Lauer wasn’t buying it, asking, “Were there any moments where you think mistakes were made?”

“The dog is actually straining at the leash to get into the water because he loves it so much,” Quaid added.

The actor also slammed the person who leaked the footage to TMZ.

“The person who held onto this video, if he’s such a dog lover and concerned about animal rights, he held onto it for 15 months until he could get his best price from TMZ,” Quaid said.

In the days since the video was leaked, PETA has called for a boycott of the film and reportedly plans to organize picket signs all over the nation at cinemas.