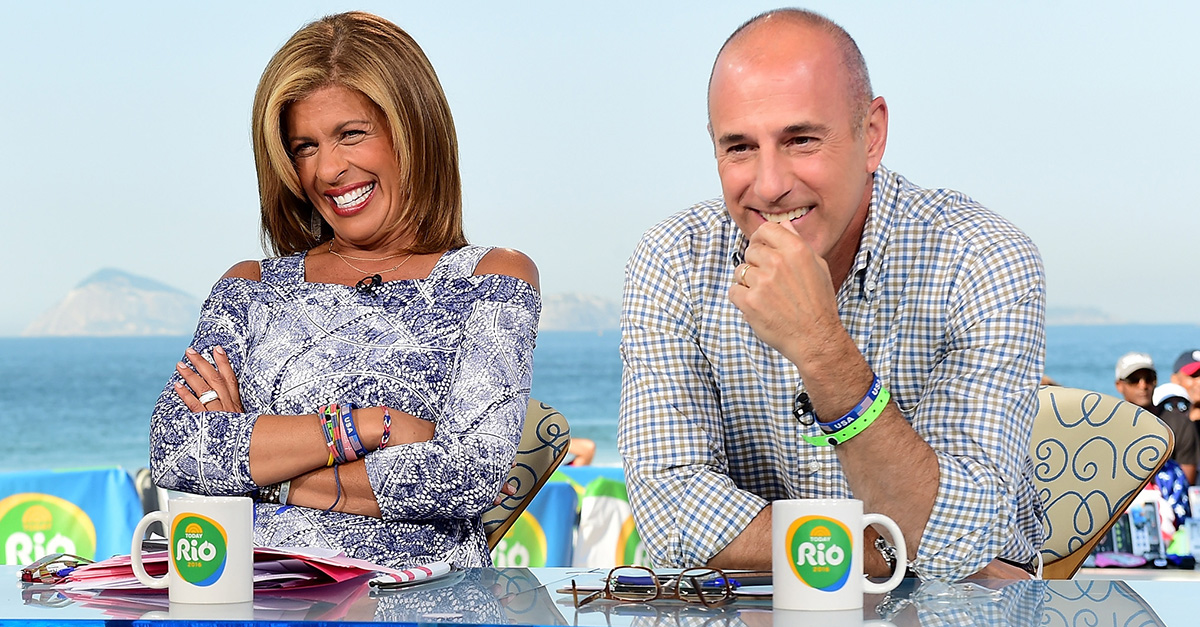 Matt Lauer offered his congratulations to Hoda Kotb after it was revealed that NBC News decided to promote her to Savannah Guthrie’s co-anchor.

The news of Kotb’s promotion made headlines early January 2 and between segments with Guthrie and her fourth hour show with Kathie Lee Gifford, Kotb talked about Lauer’s kind words to E! News.

“He was sweet this morning. Certain texts popped up, and there was one from Matt: ‘Congratulations!'” she told the publication. “And he said some nice words.”

Kotb continued, “It meant the world to me to hear from him. It was really nice.”

Lauer has been staying out of the spotlight since he was fired from NBC News and “TODAY” in November. The morning his dismissal made headlines, Kotb filled in with Guthrie and remained a temporary co-host until NBC made her a full-time offer before the holidays.

RELATED: Here?s what ?TODAY? fans had to say about Hoda Kotb taking over for Matt Lauer full-time

“We?re grateful to NBC for not having some old fashioned notion about what should be,? Guthrie told PEOPLE. ?I think they looked at it and said, ?Why would you change this? This is working, it feels good.??

?When you click with someone, man, woman, it doesn?t matter. If it works, it works,? Kotb said of her relationship with her new co-host. ?We?re sort of like sisters, and everybody wants a sister.?

Lauer was fired from NBC in November after a female colleague came forward with sexual misconduct allegations against him stemming from the Sochi winter Olympics.

The former “TODAY” anchor is reportedly focused on his family in the months since the allegations and has not publicly congratulated Kotb. Her fellow co-workers including Al Roker, Guthrie, Carson Daly and Kathie Lee Gifford all took to Twitter to sing Kotb’s praises. Former “TODAY” anchor Tamron Hall also tweeted her congratulations.

Congrats @hodakotb on your well deserved promotion! We love you! #SavannahHodaTODAY

Congrats @hodakotb 💃🏽💃🏽🎉🎉🎉 Go Hoda Go. Of course @SavannahGuthrie is the best teammate you could have…always there for a friend.