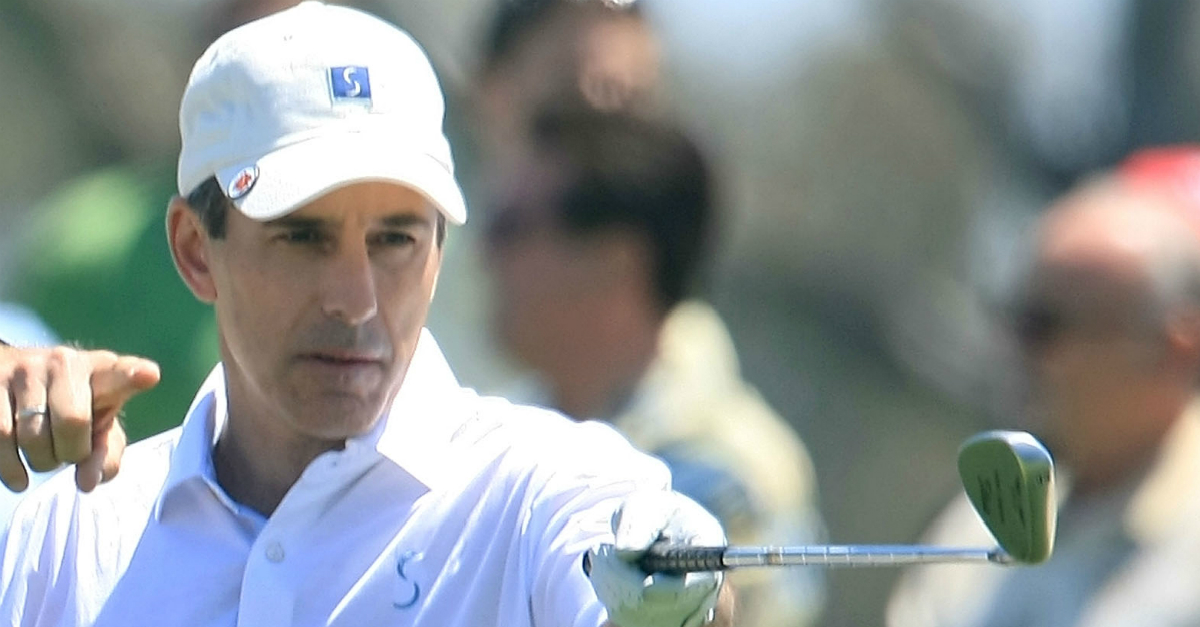 Don’t bank on disgraced NBC anchor Matt Lauer attempting a comeback anytime soon. He just wants to hang out in the Hamptons, play golf and be a “regular Joe,” according a recent report in Page Six.

?Matt has no intention in returning to public life … He plans to disappear and play golf,? a source added told Page Six. ?He wants to be a regular Joe. To play golf and stay in the Hamptons. He has no intention of mounting a Billy Bush-style comeback campaign. He is going to stick to his one statement and not address the allegations further.?

Because playing golf in the Hamptons is definitely a thing that regular Joes do, right?

?I wouldn?t make a 20-year promise,” a separate source told the website. “… But he wants to focus on his family.?

Reports from Page Six sources that Lauer’s estranged wife Annette Roque — who has been spotted without her wedding ring — is now back in the Hamptons after initially absconding to her home country of the Netherlands. ?She?s back in the Hamptons to take care of the kids,? says a source. ?This has taken a huge toll. She?s painfully thin. People at her kids? school are concerned.?

But don’t put money on a reconciliation. ?She is not going to stay with him and work it out,” Roque’s father told the Daily Mail. “They are not together trying to work it out.?

The news of Lauer?s unwillingness to professionally recover from the fiasco comes a few days after a report in Us Weekly suggested that a ?really terrible vibe? had swept over ?TODAY? in the wake his firing.

?Savannah [Guthrie] is devastated,? an insider told the magazine. ?She and Matt were really close.?

On the morning of Wednesday, Nov. 29, NBC News chairman Andrew Lack sent an email to staffers saying Lauer had been fired following a complaint of ?inappropriate sexual behavior in the workplace.?

Lack continued, ?We were also presented with reason to believe this may not have been an isolated incident.?

?There are no words to express my sorrow and regret for the pain I have cause others by words and actions,? Lauer said in the statement. ?The last two days have forced me to take a hard look at my own flaws.?

Apparently, many of Lauer?s co-workers were surprised by the news. ?They knew Matt was flirty and playful and may have had relationships over the years, but what they knew of those relationships was that they were consensual, and they weren?t aware they went beyond that,? the source told Us.