Matt Lauer may be out at “TODAY,” but he’s reportedly still trying to keep a hand in how it’s run 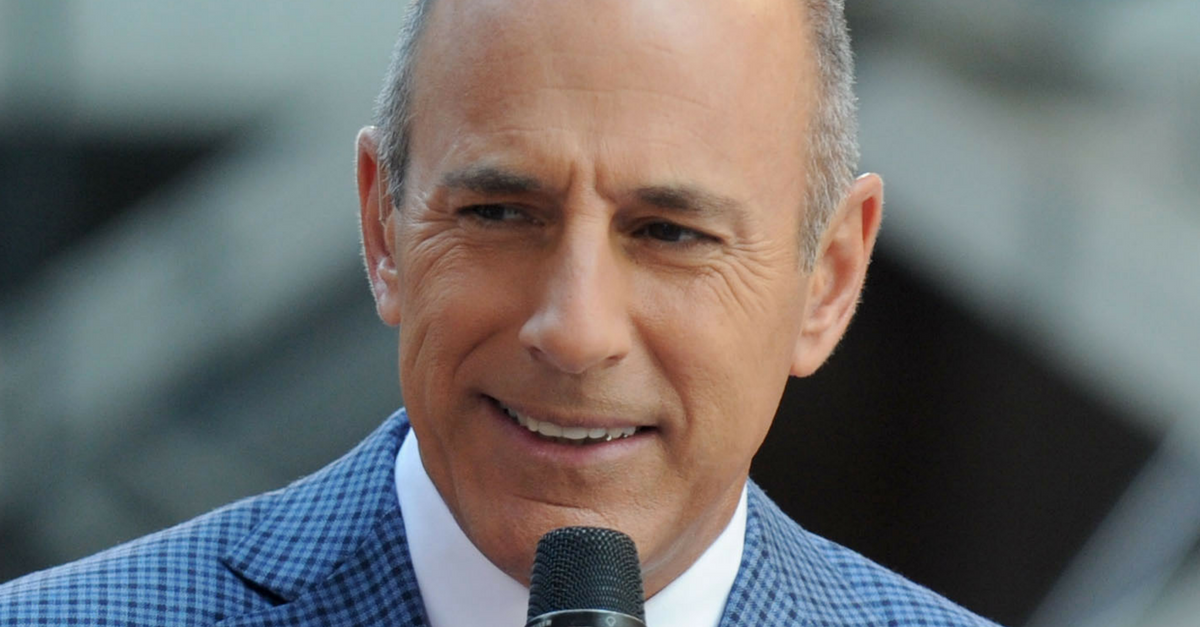 When it comes to “TODAY,” Matt Lauer’s like a dog with a bone, according to some sources.

The disgraced ex-host has been reportedly trying to maintain a firm grip on his former show, allegedly sending notes and comments to the show’s producers from the comfort of his home, reports Page Six.

According to the publication’s sources, Lauer’s armchair quarterbacking included sending an email in which he complained about the choice of music during a segment opening — and his comments haven’t been met with positivity. Although sources at his former network NBC are keeping mum about this possible development, these reports are definitely a departure from the news that Lauer planned on being a “regular Joe” in light of the allegations of sexual misconduct leveled against him.

?Matt has no intention in returning to public life ? He plans to disappear and play golf,? a source told Page Six in early December. ?He wants to be a regular Joe. To play golf and stay in the Hamptons. He has no intention of mounting a Billy Bush-style comeback campaign. He is going to stick to his one statement and not address the allegations further.?

Since being unceremoniously dropped from the daytime program following complaints of “inappropriate sexual behavior in the workplace” stemming from an incident at the 2014 Sochi Olympics, reports indicate “TODAY” is managing just fine without Lauer.

It was announced Monday that Hoda Kotb would be joining Savannah Guthrie permanently as Lauer’s replacement, and as of early December, ratings at the network had increased in the wake of his exit.

?When you click with someone, man, woman, it doesn?t matter. If it works, it works,? Kotb said of her relationship with her new co-host. ?We?re sort of like sisters, and everybody wants a sister.?