Disgraced “TODAY” co-anchor Matt Lauer has finally spoken out after being fired from NBC on Nov. 29.

On Wednesday morning, NBC News chairman Andrew Lack sent an email to staffers saying Lauer had been fired following a complaint of “inappropriate sexual behavior in the workplace.”

In the wake of the news, Lauer made a statement on Thursday’s broadcast of “TODAY” about the allegations against him.

A statement from Matt Lauer: “There are no words to express my sorrow and regret for the pain I have caused others by words and actions…” pic.twitter.com/f93rHXqKQD

On Wednesday, “TODAY” anchor Savannah Guthrie addressed the allegations with Hoda Kotb by her side. With tears in her eyes, Guthrie read Lack’s statement to viewers before addressing her feelings about the situation.

RELATED: Katie Couric told everyone years ago that Matt Lauer liked to pinch her a**

“I’m sure we will be learning more details as the hours and days come. We promise we will share that with you. All we can say is we are heartbroken. We are heartbroken for Matt. He is my dear, dear friend and my partner, and he is beloved by many people here. And I am heartbroken for the brave colleague who came forward with her story and any women who have their own stories to tell,” Guthrie said.

She also said she hopes that changes can be made in the workplace so everyone feels comfortable.

Kotb added, “It’s hard to reconcile what we are hearing with the man that we know who walks in the building every day. We are still trying to process it.”

Al Roker also said on Wednesday’s broadcast that he was “trying to process” the news.

It was reported that multiple women came forward with allegations against Lauer, who has been a part of “TODAY” since 1994. NBC reportedly received two more complaints from women after he was fired. 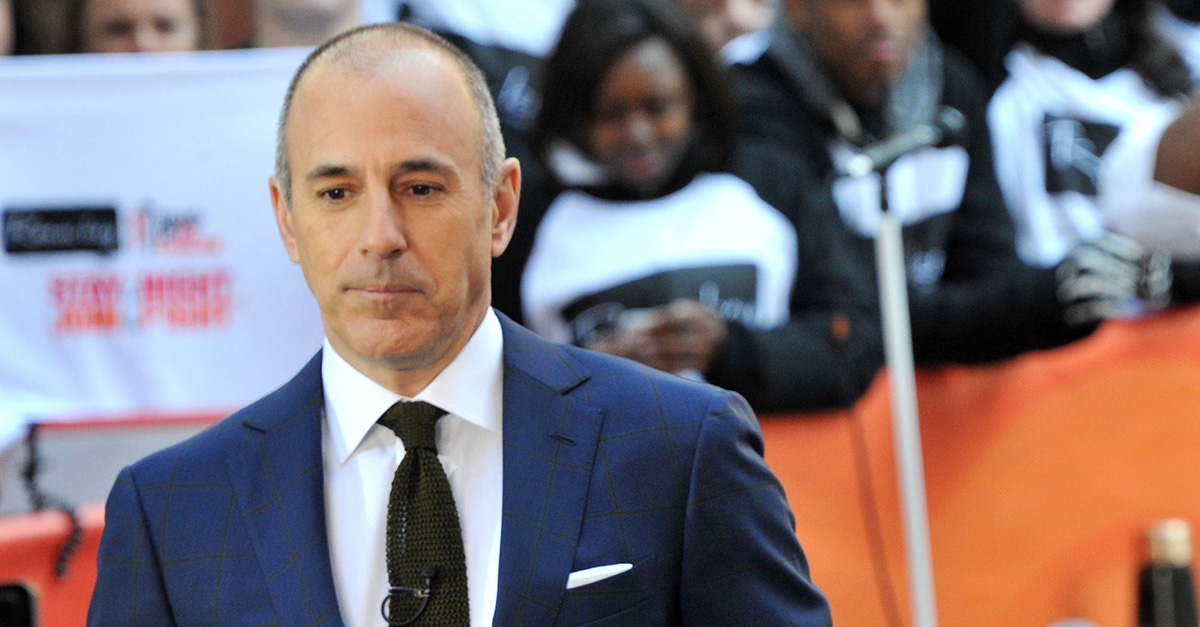