Matthew McConaughey Honors COVID-19 Heroes Through Annual “With Thanks” Partnership 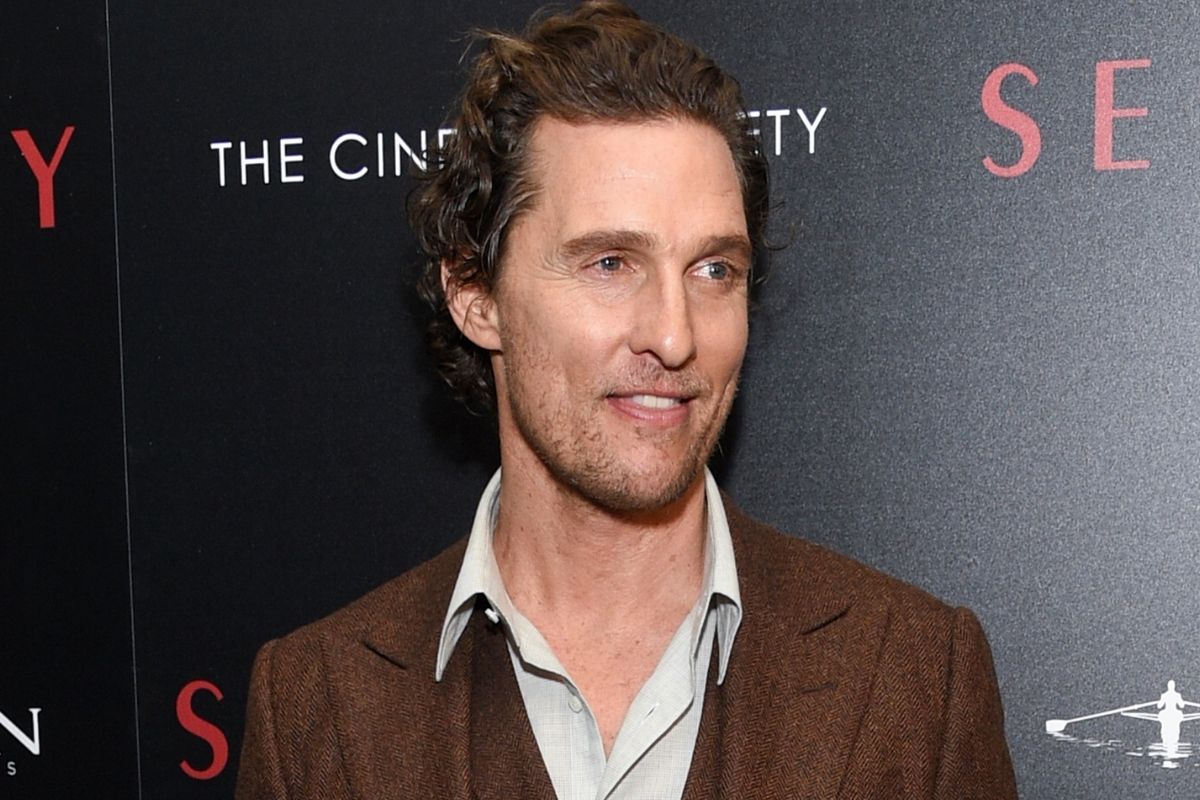 You can’t really get a more powerful duo than a beloved classic actor from Texas and some good ol’ fashioned bourbon. Matthew McConaughey and the Wild Turkey brand have teamed up to give a special thanks this Thanksgiving season, and it’s probably the coolest way to be ever be honored.

Since COVID-19 hit, the world halted everything and demanded that everyday heroes rise to the task of supporting their communities. McConaughey and Wild Turkey have celebrated four “Local Legends” for providing unity, comfort, nourishment, and relief in times of unprecedented health and economic challenges, specifically heroes from Austin, Chicago, Dallas, and New Orleans.

Matthew @McConaughey talks about his partnership with Wild Turkey to give back to local heroes this holiday season. pic.twitter.com/HFk1JH7CPN

“The pandemic has affected all of us, so it felt more important than ever to recognize the unsung heroes who have consistently and steadfastly supported their neighbors and their communities,” said Wild Turkey Creative Director Matthew McConaughey.

To recognize these heroic acts and efforts, Wild Turkey Bourbon started the “With Thanks” annual global give back campaign, with McConaughey as the Wild Turkey creative director. McConaughey surprised these “Local Legends” with a virtual chat and a personalized token of appreciation as a reward for their actions. There are four videos following the surprise on Wild Turkey’s Instagram page.

In each video, McConaughey personally spoke with each “Local Legend” about what they’ve been doing to serve their communities while the coronavirus pandemic wreaks havoc. Austin singer/songwriter Nakia Reynoso has helped pass the Austin Music Disaster Relief Fund to support local musicians, Chicago activist Tanya Lozano provided free COVID-19 testing, grocery deliveries and personal protective items to underserved communities in her area, Dallas nonprofit founder Shawana Carter has provided families in need with emergency diapers, wipes, food and clothing, and New Orleans artist Devin De Wulf has collaborated with locally-owned restaurants and farmers markets to both hire and feed New Orleans artists and musicians. And both McConaughey and Wild Turkey, along with the families, friends, and colleagues of these “Local Legends,” wanted to show their gratitude.

Wild Turkey Master Distiller Eddie Russell said, “It’s often during the most challenging times that you see extraordinary acts of kindness and a commitment to help those in need. Wild Turkey was founded on community, and we’re grateful to work with Matthew to celebrate and lift up those who go above and beyond for their hometowns. These four Local Legends made an impact when it mattered the most and we’re thrilled to honor them.” This isn’t the first time McConaughey has collaborated with the distillery brand. Last year, the Academy Award-winning actor thanked first responders who were part of the critical rescue and relief surrounding the Los Angeles wildfires. In partnership with Operation BBQ Relief, 800 turkey dinners were delivered to firehouses. They also thanks first responders in Houston who helped during Hurricane Harvey in 2018, also surprising them with turkey dinners. And in 2017, McConaughey actually visited Lawrenceburg, Kentucky, to delivers 4,500 plus frozen turkeys to the city’s residents, with 500 turkeys going to the local food banks.

McConaughey’s relationship with the Longbranch bourbon started in 2016 with McConaughey becoming the bourbon brand’s creative director after his inaugural visit to the iconic Kentucky distillery. He was introduced to the Russells, Master Distillers Jimmy and Eddie, the father and son team from the Kentucky Bourbon Hall of Fame who have garnered 101 years of bourbon industry experience collectively. McConaughey appreciated the legendary Kentucky Whiskey band’s devotion to distilling bourbon the right way, unveiling his own Bourbon: Wild Turkey Longbranch, a rare small-batch Kentucky straight bourbon refined with Texas Mesquite wood, in 2018. And he has recently directed Longbranch’s first creative campaign, “Wonder What If.”

Wild Turkey Bourbon’s filtration process is high quality, as it’s distilled and put into new white oak barrels at a much lower ABV than other bourbons. Resulting in a much richer flavor, the oak charcoals also contribute to its heavy char, smooth flavor, and deep amber color. You can check out more at wildturkeybourbon.com.