‘Creepy’: Matthew Perry and Ben Affleck Called Out For Using a Dating App 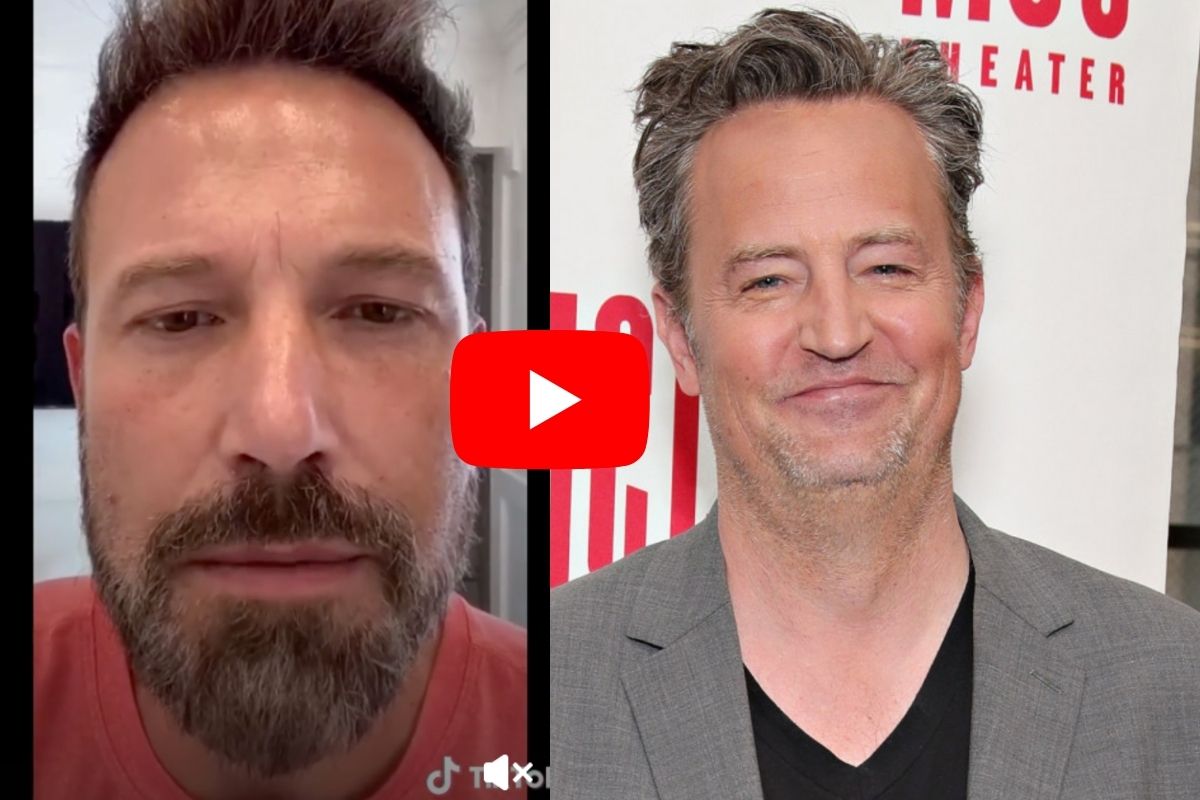 Celebs Matthew Perry and Ben Affleck have both been called out online for using the dating app Raya to message younger women. This in itself is no real scandal; the two women involved are both of legal age. But after going public with private videos of the actors, criticism of their “matches” is now trending.

29-year-old Tiktok user Nivine Jay matched with Ben Affleck on the exclusive dating app Raya. To sign up for Raya, one needs the bare minimum of 5,000 followers — ideally many more. An algorithm determines each applicant’s overall “influence” before they can make an account. Being something of a performer herself, Jay has the media reach to use Raya. She has performed as a stand-up comedian, published a book of poetry, and boasts of over 50,000 followers on both Instagram and TikTok.

So when Jay posted a… rather strange video of Affleck last week, the world saw. The TikTok video was captioned “Thinking of the time I matched with Ben Affleck on Raya and thought it was fake so I unmatched him and he sent me a video on Instagram ????????.” The footage shows Jay’s face behind the text, looking annoyed, then cuts to a video that Affleck sent her through a private message on Instagram. “Nivine, why did you un-match me?” He asks in a pleading tone. “It’s me.” See the video message yourself, above.

Being an A-list Hollywood star, Affleck’s direct move feels a bit thirsty. Or cringey. Or creepy, depending on how you see it. It’s also pretty funny to imagine Affleck, sitting at home, all anxious wondering why someone un-matched him: stars! They’re just like us!

“I’m seeing a lot of comments calling him a creep and l don’t think that’s fair. l wasn’t making fun of him in the video. l was making fun of myself for thinking he was a catfish and it was just supposed to be funny.”

As far as we know, the 38-year-old Affleck is single. He split from his girlfriend, the actress Ana de Armas earlier this year… though he was caught spending time with his recent single ex, Jennifer Lopez on April 30!

After hearing about Nivine Jay’s own experience, another young woman named Kate Haralson opened up to Page Six about her own experience chatting with Matthew Perry after matching on Raya. Haralson is a 19-year-old social media influencer who says she first swiped right on Perry “for the joke of it.” But joke or not, their conversations moved over to Facetime at Haralson’s request.

On a Facetime call, Haralson and Perry engaged in a semi-flirtatious game of 20 Questions… which Haralson secretly recorded. In it, Perry can be heard asking, “Do you always play with your hair like that?” Again, cringey. But nothing too shocking. Though Haralson alleges that at one point Perry asked her, “Am I as old as your dad?”

Speaking to Page Six, Haralson said, ?A lot of people were saying I?m a bully and mean for posting this, and it made me feel kind of bad, but at the same time, I feel like a lot of guys in Hollywood are talking to all these young girls and it?s something that I think a lot of people should be aware of. Honestly, it?s not really OK for these older guys to be talking to such young girls.? Perry is 51, 32 years older than Haralson.

Haralson obviously makes a good point. But arguably, the contact was not too inappropriate considering the implied interest in matching online. Haralson’s exchange with Perry, in particular, is tinged with controversy since Perry announced his engagement to 29-year-old literary manager Molly Hurwitz in November.

Reportedly, Haralson was removed from the Raya app following the leaked video chat.

I agree celebs shouldn’t be making these creepy desperate video replies on raya but it’s tacky to release private messages. Ya both wrong, congrats

Model Chrissy Teigen, wife of John Legend, never shies away from sharing on social media. So she took to Twitter to weigh in on this so-called scandal, writing, “I agree celebs shouldn?t be making these creepy desperate video replies on raya but it?s tacky to release private messages. Ya both wrong, congrats.”