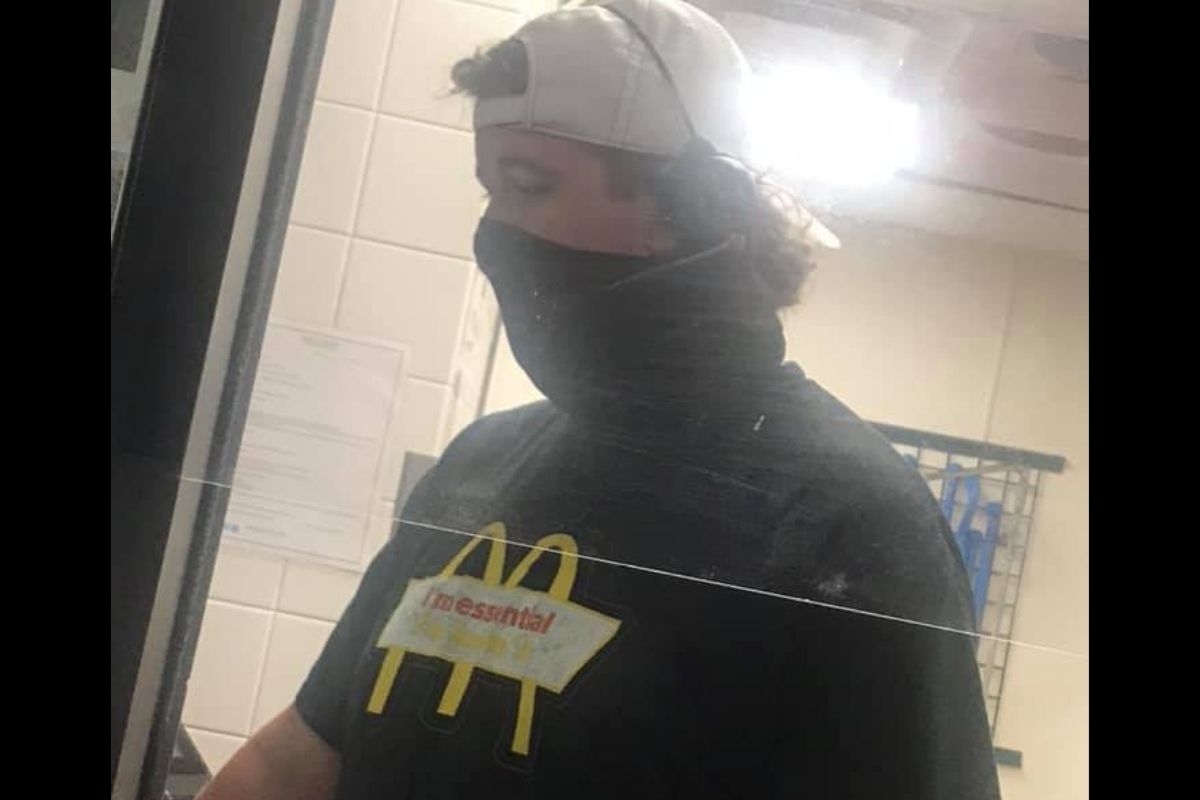 Whatever you believe in as the foundation for the way you live your life, the general consensus is that you should treat others the way you want to be treated and to do kind things for others without the expectation that it must be repaid. Because when you do good things for other people, the blessings will come right back around.

In Waynesville, Ohio, Brittany Reed was already stressing out as a typical mother would know. She was leaving football practice when her 4-year-old son and 7-year-old daughter started crying. Her daughter was upset that Reed was planning to serve red potatoes for dinner. Now, of course, why not just tell your kids to suck it up and be grateful for what’s going on at the dinner table? Cut her some slack, Reed was already over-exerted and decided she would probably rather not have to deal with more reprimanding.

So she decided to compromise. She wouldn’t have to prepare dinner and her kids would be happy with what they were getting. She decided to swing through the Mcdonald’s drive-thru, quick, easy, and painless. But as she was ready to order food, she realized she forgot one thing. She had left her purse at home. But luckily, the Mcdonald’s worker, Wyatt Jones, didn’t hesitate to help her.

She told him that she had forgotten her purse and was ready to go ahead and just give up on the order. However, Jones whipped out his card and swiped it, paying for the family’s meal immediately. With tears in her eyes from the relief after a clearly stressful day, she told him she would come back to the fast-food chain to pay him back. But even then, he told her not to worry about it

In a Facebook post, Reed explained, “Welp now I wanted to cry. I look at the young man [Mcdonald’s employee] with tears in my eyes just from being stressed and annoyed and say ‘hun I am so sorry but I have to cancel that order I left my purse at home when we went to football tonight.’ WITHOUT HESITATION he takes out his wallet and swipes his card before I could even say ‘no I will be right back!’”

“I just want his parents to know how KIND & COMPASSIONATE your son was tonight!” she continued to write on the post, “He made this stressed out momma pause for a moment and realize this is exactly what we parents are trying to do, raise great humans. Well Wyatt sir, you are an amazing human!!!”

Not satisfied with just a heartfelt thank you, Reed wanted to reward the young man. In an interview with In the Know, she said, “With the emotions of the moment, I just about cried, to be honest, but Wyatt was so incredibly kind. He didn’t skip a beat at all. He pulled his wallet out like [it was] no big deal.”

She explained on Facebook that she persistently convinced Jones to let her pay him back. After he agreed, she decided to do the most that she could. She connected with his mother first to make sure it was okay, but after getting the green light, she started a GoFundMe for Jones. Reed found out that he was saving up for a car, and after a couple of weeks, 2,000 donors raised over $35,000.

“I was able to connect with his mom and made sure they were okay that we were going to start a GoFundMe,” she said, “She said she was okay with it and did let Wyatt know, and he was so shocked.”

Reed planned on giving the young man with a kind heart the money during a McDonald’s ceremony, honoring him for his act of kindness.

Reed added that she planned on giving Jones the money during a McDonald’s ceremony that would honor him for his kind gesture. She said she has been overwhelmed by the amount of support she and the cashier have received.

“I honestly didn’t expect this to travel like it has at all!” she said. “I honestly posted in our local [community’s] ‘Let’s Talk’ page because I was hoping it got to his parents so that they could hear how awesome their kiddo was because, at the end of the day, that’s all we truly want as parents: to raise good humans.”

Watch: Hungry Woman Fires Gun Inside McDonald’s Because Her Fries Were Cold