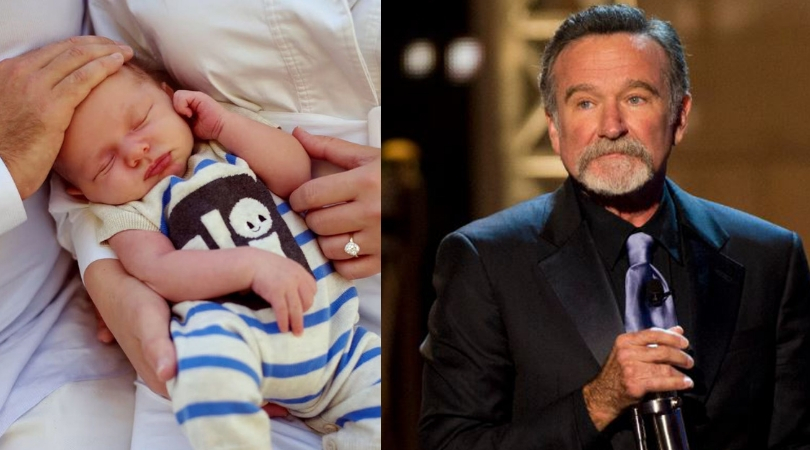 Robin Williams eldest son, Zak Williams, welcomed his first child with fiancée Olivia June, on May 22, 2019. As a tribute to his late father, the baby boy is named after the Hollywood icon. The 36-year-old and Olivia named their son McLaurin Clement Williams, as McLaurin was the actor’s middle name. The couple plans to call him Mickey for short.

The newborn was photographed with his parent by Zak’s half-sister, Zelda Williams, weighing 8 pounds and measures 20-and-a-half-inches. Williams died by suicide in 2014, at the age of 63 and shared Zak with his first wife Valeria Velardi. He then welcomed their daughter Zelda, 29 and Cody, 27 with his second wife, Marsha Garces.

Through an Instagram post, Zelda gushed about the newborn, reading, “Meet Mclaurin Clement Williams, aka Mickey, aka Dr. Baby! He’s a squishably cute pterodactyl cooing tiny wonder and I love him so much already,” Zelda wrote. “Big shoutout to Mickey on being the fastest swimmer, and huge congrats to @heyoliviajune and my big bro @zakpym on creating this little joy (and poop) factory!”

Zack is a mental health advocate, as well as his fiancée, and founder of a tech startup company. In a biography about his father, named Robin, Zak recalled his father, saying he kicked himself multiple times for not visiting Williams during that time. He stated, “Because I think that was a very lonely period for him. In retrospect, I feel like I should have been there, spending time with him. Because someone who needs support was not getting the support he needed.”

The Oscar-winning actor’s death in 2014 was a shock to the world after he had checked himself back into rehab in a bid to stay sober. The actor was battling depression and early stages of Parkinson’s disease. He was 63-years-old at the time of his death.

This story was originally published June 13, 2019.

Watch: Dave Chappelle’s Car Commercial Parody is Still Hilarious After All These Years