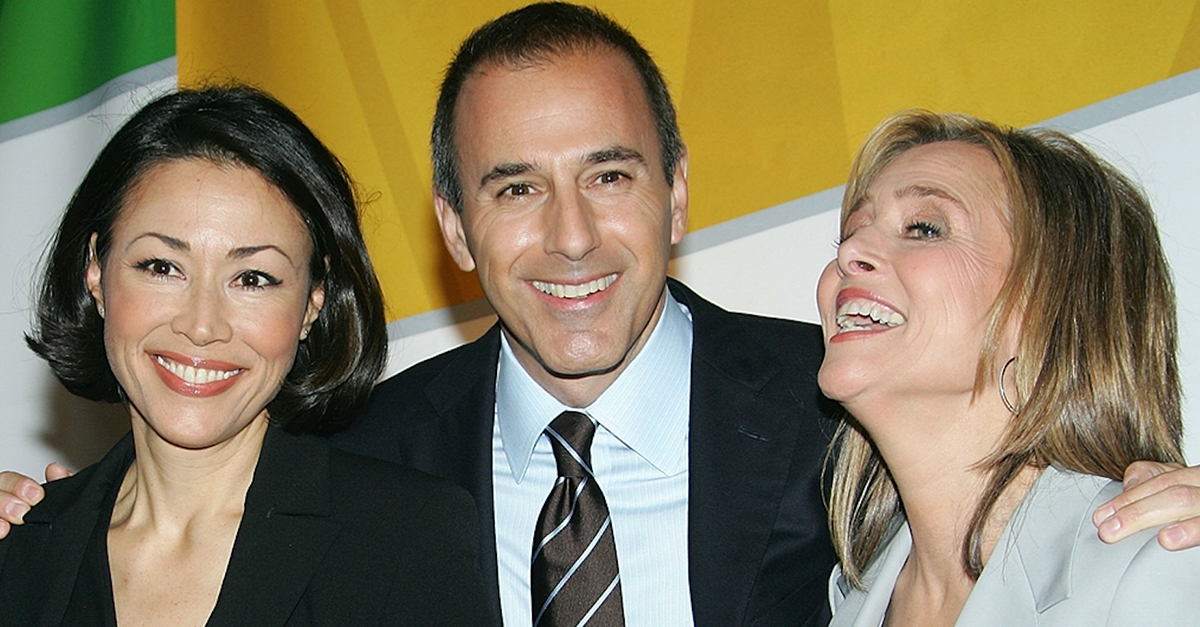 Since news of sexual misconduct allegations against Matt Lauer broke in November, many members of the media have reported being shocked, but it turns out, the opposite was true.

Many of these media elites knew all about scandalous rumors regarding Lauer — and were too busy “roasting” him to do anything about it.

On his morning show last week, NBC’s “Morning Joe” Scarborough brought up his own attendance at an event where reports about Lauer seemed to be common knowledge.

RELATED: Someone just confirmed that Matt Lauer did have a bag of sex toys in his office closet

He and fiancee and co-anchor Mika Brzezinski discussed being well aware of the whispers about Lauer’s past, and they recalled Scarborough’s decision to leave early from the uncomfortable event.

“I’ve always heard stories about him kind of fooling around or whatever,” Brzezinski admitted. “Everyone has, I even remember you coming from some event where it was the joke of the day.”

“The whole theme was: he does the show, and then he has sex with people, with employees. So was this whispered behind closed doors?” Scarborough continued. “No, it was shouted from the mountaintops, and everybody laughed about it, which tells you what culture used to be.”

The duo was referring to a 2008 roast of the disgraced news anchor at New York City’s Friar Club. Guests included Katie Couric, Tom Cruise, Al Roker, Howard Stern and Donald Trump. The event was kept tightly under wraps, with cameras and recording devices being strictly banned, reported the Daily Mail. Only The Village Voice was able to jot down reports of the event through a spy using a hidden notepad — despite there being plenty of the journalists in the room.

“There were a thousand people in the audience, like the most powerful people in media, and everybody that came up was making fun of Matt Lauer, about [him] pushing himself on people,” said Scarborough.

One of the speaker’s was current CNN President and then NBC Universal Chairman Jeff Zucker, who denied having any clue about Lauer’s alleged behavior.

According to Fox News, Zucker made a joke about Lauer being on stage “and not under [his] desk.” ?I don?t want to say Matt is a germophobe, but he?s the only guy I know who uses Purell both before and after he masturbates,” he continued.

?He loves to eat Curry,? she said as an embarrassed Curry sat in the audience.

While the room laughed, she jokingly corrected herself, saying, ?What? Indian food! What?s wrong with you people??

Katie Couric reportedly joked about Lauer being unable to perform with his wife, along with a lewd dig about Lauer and Curry.

Matt Lauer himself wrapped up the event with his own shocking, sexually charged jabs aimed at Curry.

?What?s with all the small-d**k jokes? It was fun to look over and see Ann Curry laughing ? like she doesn?t know how big my d**k really is,? Lauer said.

Lauer was fired from NBC on Nov. 29 after a complaint of ?inappropriate sexual behavior in the workplace.?

?There are no words to express my sorrow and regret for the pain I have cause others by words and actions,? Lauer said in a statement he issued that was read on “TODAY”. ?The last two days have forced me to take a hard look at my own flaws.”