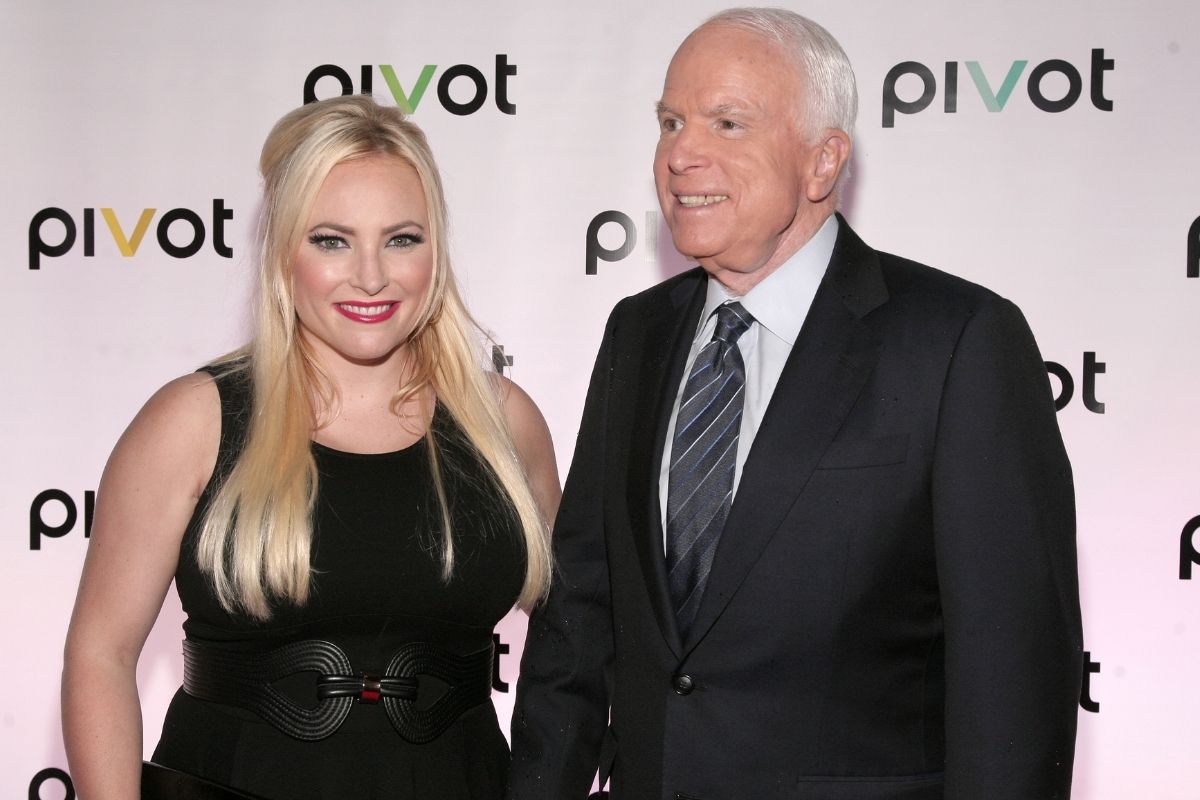 Meghan McCain is known as a co-host on the talk show The View. Like many people recently, McCain and her husband got a COVID-19 present! In other words, they just became first-time parents to a baby girl. The couple’s daughter Liberty Sage McCain Domenech was born late in September after having announced the news in March when explaining why she was at home, calling into the view at the start of the coronavirus pandemic.

“I consulted with my doctors, and they advised me that for the safety of our baby and myself, I should be extra vigilant about limiting the number of people we come in contact with”. The couple announced their first child’s arrival via social media, posting a ‘you can see I’m holding a baby, and my baby bump is gone, but you can’t see her face so you/’ll just have to trust that shes mine’ kind of picture last month. See below for clarity. Congratulations, Meghan and Ben; baby liberty is in for a pleasant life of safety as long as people wash those hands and wear those face masks! Such happy news! Keep an eye tuned to her social media for more baby pics and selfies.

Apparently, Meghan McCain and her husband Ben Domenech have been together for “some years,” as the star tells it. While she fails to give many specifics, it puts her pretty close to some scandals if that is the truth. Because, well, her beau has got about 2 or 3 big ones. What we do know is that they got engaged in 2017. In 2006, when Ben, a conservative writer, was hired to write for the Washington Post’s blog ‘Red America,’ he had to quit just three days into his new job. Why? Because of rumors that he had plagiarized multiple previous articles.

Four short years later, the next scandal consisted of him pretty much outing a supreme court justice nominee, Elena Kegan, claiming that she was the first openly gay candidate. The scandal was so big that the White House got involved and pushed for him to apologize to Elena Kagan. If you’re wondering how he managed to be able to slip from some of these slippery situations, it may have something to do with a very powerful family member. It turns out Meghan McCain’s father was Republican senator John McCain, and yep his mother is Cindy McCain. So yes, you can put two and two together. The late sen John McCain died in 2018.