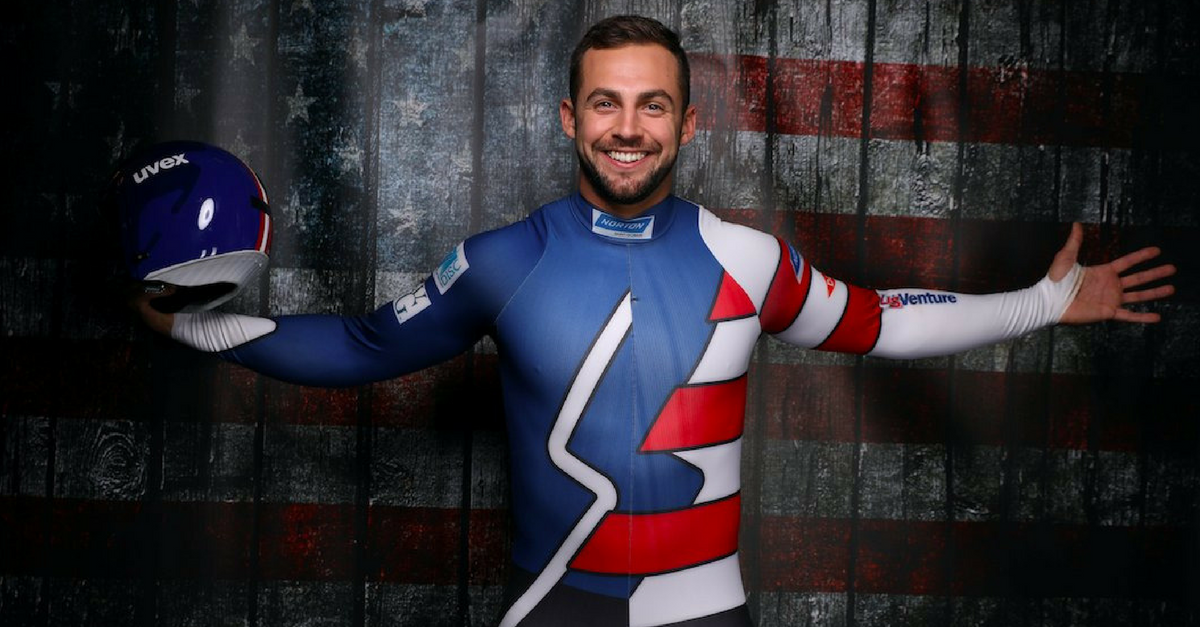 American luge racer Chris Mazdzer is competing for the gold during the 2018 Winter Olympics in South Korea, and he’s stealing quite a few hearts in the process.

hi everyone this is US luge racer Chris Mazdzer ok bye pic.twitter.com/hsrRiOSCAP

RELATED: Actress Selma Blair gave her fans quite the show by bearing it all in a racy selfie

Twitter users across the country immediately began swooning over the hunky athlete:

he can luge me up anytime
go USA pic.twitter.com/mk3rm1cM3H

Thank you for this public service.

Mazdzer slid into gold medal contention on Saturday, giving the underdog United States team a glimpse of hope while competing against beasts in the field, such as Germany and Austria. He landed himself in fourth place after coming up short for third by one thousandth of a second, and he has two more runs on Sunday to decide it all.

RELATED: As Hoda Kotb packed to leave for the Olympics, she had the kind of “help” only a mother could love

Any medal finish would be a huge accomplishment for Mazdzer, whose best finish in the recent World Cup was sixth place despite being ranked No. 3 in the world during the 2015-2016 season.

“It wasn’t my year, but that’s the best thing about the Olympics,” Mazdzer said. “You really put all your focus and everything into right now, and I still don’t feel any pressure on me. I’m an outsider. I like being the underdog.”

On Sunday, he’ll try to win a historic medal for Team U.S.A using the same technique that has proven effective for him so far.

“Nothing changes,” he said. “[Sunday] is a brand new day and I’m excited for it.”