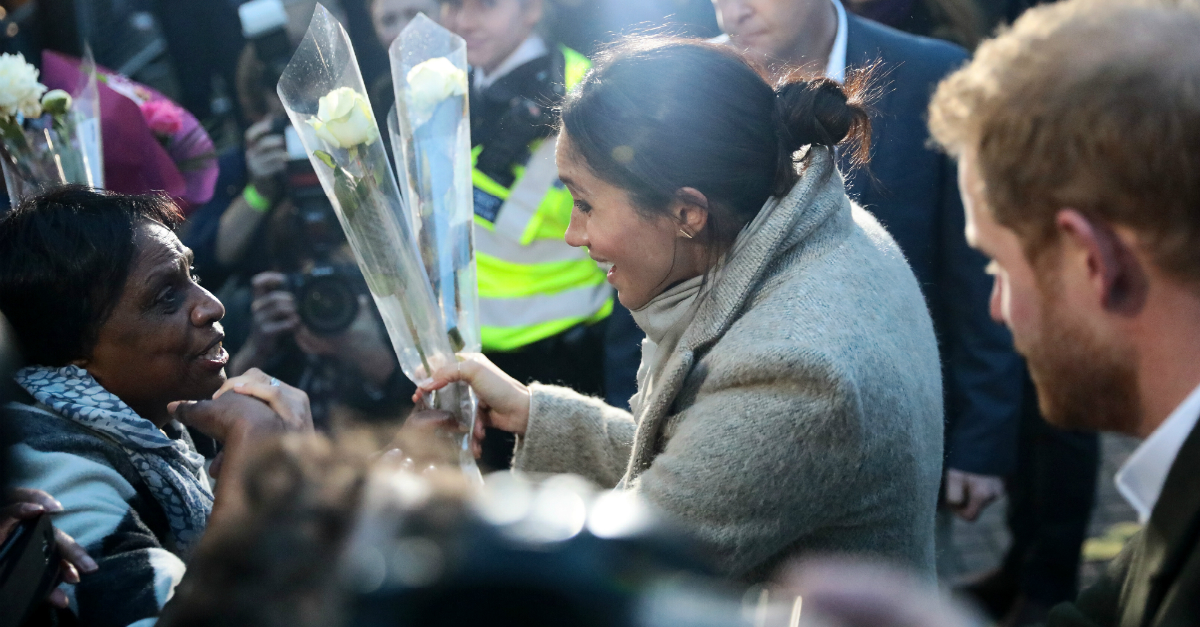 Jack Taylor/Getty Images
LONDON, ENGLAND - JANUARY 09: Prince Harry and Meghan Markle meet well-wishers during a visit to Reprezent 107.3FM in Pop Brixton on January 9, 2018 in London, England. The Reprezent training programme was established in Peckham in 2008, in response to the alarming rise in knife crime, to help young people develop and socialise through radio. (Photo by Jack Taylor/Getty Images)

You can take the girl out of California, but you can’t take California out of the girl, even if she’s a future duchess!

It was the couple’s first public appearance of 2018, and even though she carried herself with the right amount of elegance, some people were really fixated on her hair!

Pretty sure Meghan Markle just pulled off a 'just-got-out-of-bed-throw-my-hair-up-quickly-cuz-I'm-late' bun to her second public engagement, and I'm throwing away my brush for the rest of 2018.

Meghan Markle had a messy bun at her second official royal visit and I love her for it.

Messy buns might not be very royal, but Meghan makes her own rules. And who knows, maybe she’ll inspire a few other royals to ignore tradition and just be themselves!

Meghan and her husband-to-be Prince Harry were paying a visit to the Reprezent 107.3FM in Brixton to learn about how the station is appealing to young people while also teaching them more about music, radio and broadcast media.

?The Reprezent training programme was established in 2008 in response to an alarming rise in knife crime, to help young people develop and socialise through radio,? Kensington Palace explained on Twitter. ?Training hundreds of young people every year to develop useful skills and help progress to further education and employment opportunities, over 4,000 young people have been through the Reprezent programme.?

The royal couple recently celebrated Christmas with the Royal Family at the Queen?s estate in Norfolk. After the holidays, Harry dished about the family?s first Christmas together in an interview with BBC Radio 4?s show ?Today.?

?It was fantastic! She really enjoyed it!? he said on Dec. 26. ?The family loved having her there. I think together, we had an amazing time.?

Harry continued, ?She?s done an absolutely amazing job. She?s getting in there, and it?s the family that I suppose she?s never had.?

arry also said that he is looking forward to 2018 for more than his upcoming ?I do?s.?

?We?re looking forward to the new year and 2018, because I?m determined that [for] myself and the younger generation, the pendulum is going to swing in 2018, and it?s going to be a fantastic year,? he said.