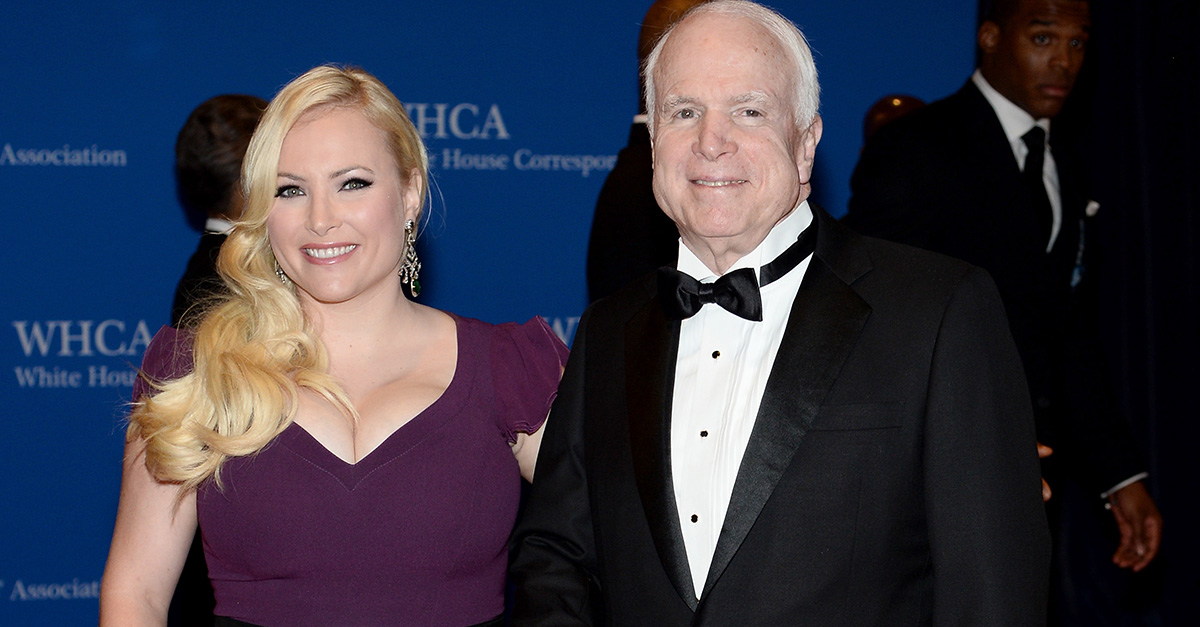 McCain stopped by the show and revealed that her father, Sen. John McCain, is “doing very well” as he has been recovering following a brain cancer diagnosis in July.

“My dad, as everyone probably knows, he has glioblastoma multi-form grade four, which is brain cancer. He is in Sedona, Arizona, right now at our ranch doing physical therapy and he has amazing doctors, and he?s doing really well,? she told the host as the audience applauded. “It?s a really, really scary cancer. My family is no different than any other family who has experience with cancer. He had sort of a rough time at Christmas, and he’s made this sort of crazy, amazing recovery, which I guess I shouldn’t be surprised at because he is so resilient in so many different ways.”

“Yes, he’s a tough bastard. So, it’s nice that he’s doing well, and I hope he comes back to Washington very soon because I would like to see him go up against Trump a little more,” she said.

McCain also talked about that December interview with Joe Biden on “The View” where she cried discussing her father’s illness. Biden’s son, Beau, died after being diagnosed with the same cancer as Sen. McCain in 2015.

RELATED:  Meghan McCain has officially said ?I do? to her mysterious fiancé

“I ended up crying on national television, and I kind of have a cold, dark heart, and I never cry, so it was a weird experience at the time. It was right before Christmas, and my father was in the hospital at the time, and people didn’t know it at the time,” she said. “There?s something about Joe Biden that if he ends up running for president, I?m totally fucked because I love him, and he?s such a warm, wonderful man, and I can call him at any time when I?m feeling overwhelmed by cancer.”

“I can?t express to you and to everyone here what his support and his love of him and his family has meant to me at this moment because cancer is scary and having someone like him who?s been through so much tragedy to empathize and actually give his time, especially because he?s one of the most powerful people on the planet,” she said.

Colbert asked the openly conservative host of “The View” is she would become “democrat curious” should Biden throw his hat in the ring in 2020.

“I disagree with his politics like 75 percent, but I have cried to him on multiple occasions about cancer so I would have a very, very difficult time and he?s never talked crap about my dad?s service so that certainly gives him a leg up as well,? she said.

“The View” airs weekdays on ABC.