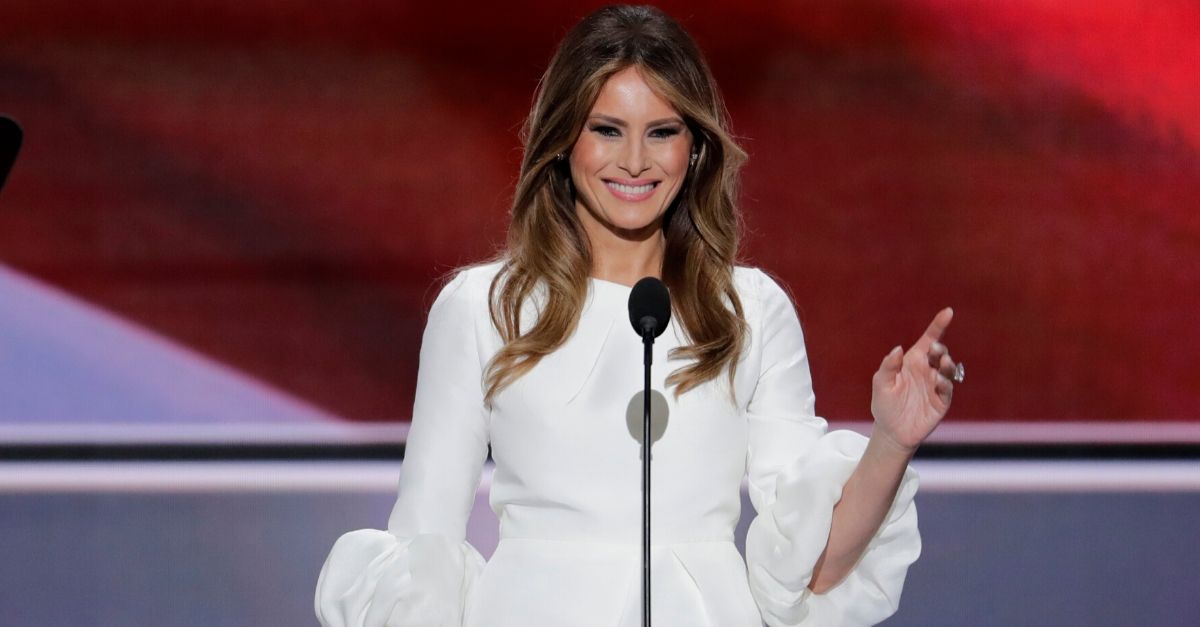 First Lady Melania Trump is protecting her son at all costs by blasting a Food Network host’s “inappropriate and insensitive” comments on Father’s Day, questioning if President Trump was indeed Barron Trump’s dad. Through a statement, Stephanie Grisham, chief of staff and spokeswoman for the first lady stated, “Sadly we continue to see inappropriate and insensitive comments about the President’s son. As with every other administration, a minor child should be off-limits and allowed to grow up with no judgment or hate from strangers and the media.”

Food Network Host John Henson tweeted about the 14-year-old on Sunday, saying “I hope Barron gets to spend today with whoever his dad is.” Following heavy backlash from Twitter users, Henson then tried to take his comment back, saying the joke was actually aimed at Trump, noting, “the mere mention of Barron’s name doesn’t mean it’s at his expense. Although I respect your right to take issue with it.”

The White House’s first lady is known to always defend her son when it comes to people talking publicly about Barron. In December 2019, she responded to Stanford Law Professor Pamela Karlan, who brought up the 14-year-old’s name during the impeachment testimony. Karlan stated, “The Constitution says there can be no titles of nobility, so while the president can name his son Barron, he can’t make him a Baron.”

Trump called her out personally through social media on her twitter, saying that a minor deserved privacy, and should’ve kept out of any politics. She tweeted, “Pamela Karlan, you should be ashamed of your very angry and obviously biased public pandering, and using a child to do it.”

A minor child deserves privacy and should be kept out of politics. Pamela Karlan, you should be ashamed of your very angry and obviously biased public pandering, and using a child to do it.

Karlan was quick to apologize to the first lady for her comment, not before taking a stab at President Donald Trump saying “I wish the president would apologize for the things that he’s done that’s wrong, but I do regret having said that.” According to Devine, Karlan ended up having to apologize because she was heavily embarrassed.