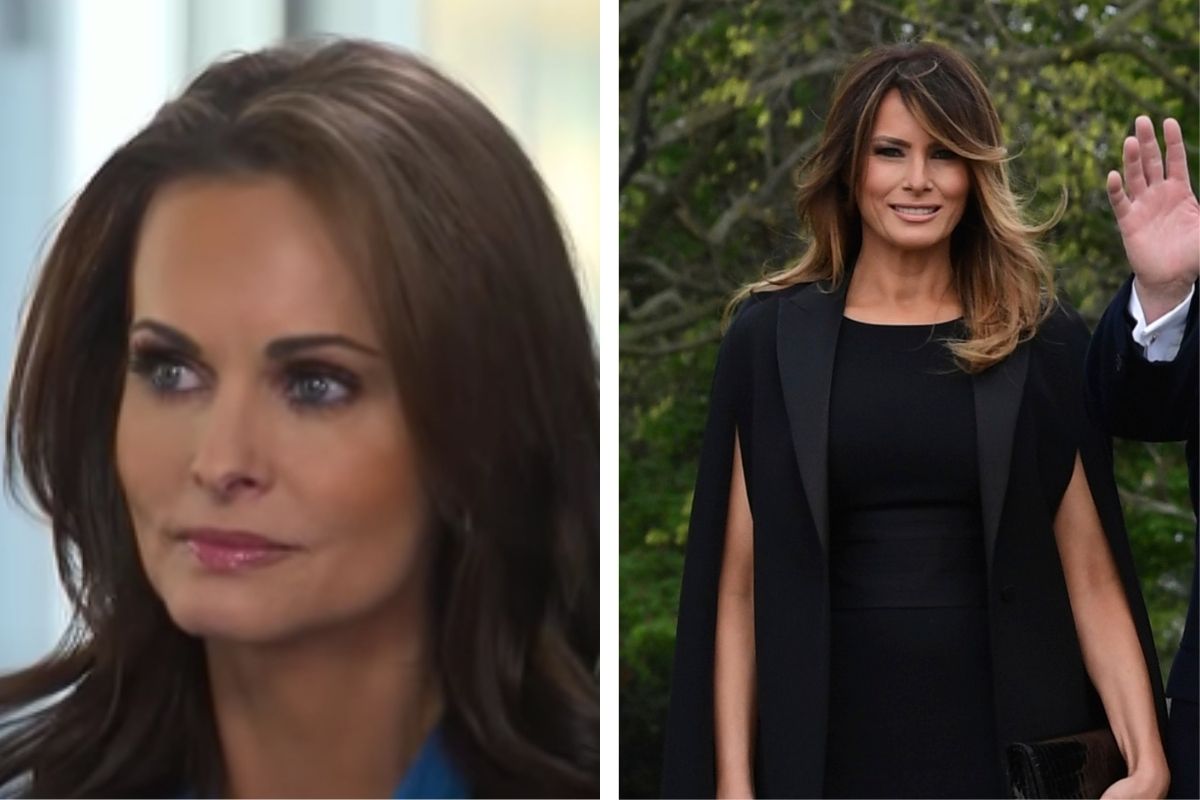 ?What can you say except, I?m sorry? I?m sorry. I wouldn?t want it done to me, I?m sorry. Going through it when I look back where I was back then, I know it?s wrong, I am really sorry for that. I know it?s the wrong thing to do,? said Karen McDougal with teary eyes to Anderson Cooper in a CNN interview. The 49-year-old former Playboy model was apologizing to former First Lady Melania Trump for her alleged affair with former President Donald Trump, feeling incredibly remorseful.

McDougal had first met Trump during his Celebrity Apprentice days, when he filmed at the Playboy Mansion back in 1998. She claimed that this is where they started their relationship, talking about “anything and everything” during their “dates” together. The former Playboy Playmate explained her “real relationship” with Trump, saying, “There were real feelings between the two of us, not just myself, not just him ? Deep inside, I did have a lot of guilt but I still continued.”

She wasn’t shy sharing details of having unprotected sex with the former Republican president, saying ?When you?re in a relationship, do you count how many times you have sex? I can tell you we saw each other a minimum five times a month up to bigger numbers per month. Over the course of 2006 through, I think I ended it April 2007,” also saying that the alleged relationship began June 2006, three months before he and his wife Melania’s son Barron was born.

McDougal, a former preschool teacher who also was Playmate of the Month for December 1997 and Playmate of the Year of 1998, was also the runner-up nominee of “The Sexiest Playmate of the 1990s.” She explained that she truly believed that her affair with Trump would end in marriage, explaining how she believe he had real feelings for her. ?Of course, he did. I know he did. ? I was in [love with him] ? He always told he loved me,? she said.

The pair’s alleged affair was actually first made public by the New Yorker, but reps from the White House claims that, ?This is an old story that is just more fake news. The President says he never had a relationship with McDougal.”

Nevertheless, tabloids and social media took a hold of the news, as many can remember hearing about this whole debacle. In the wake of losing the presidential election to Biden and now facing another impeachment trial, I wonder if Ivanka’s father is trying to find and enjoy some peaceful time in his Mar-A-Lago home in Palm Beach, Florida, or has he maybe escaped to the Trump Tower in New York City, New York.