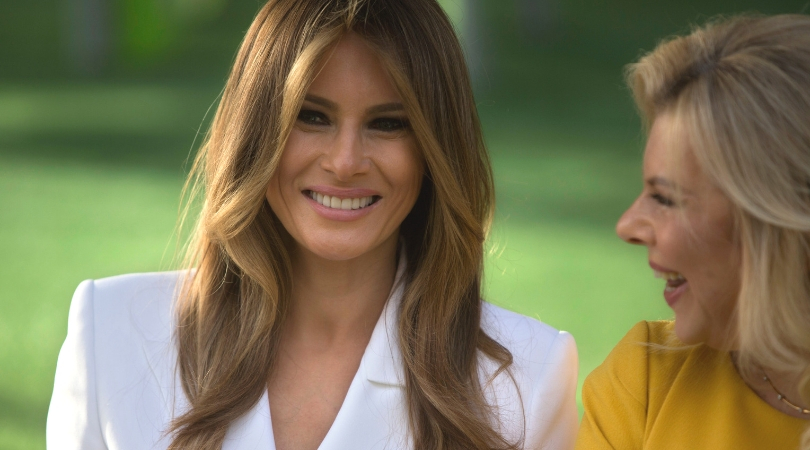 It’s official, Melania Trump is being recognized by Palm Beach Atlantic University as its Woman of Distinction this year. A spokesperson for the private Christian school stated the award recognizes select women for their “charitable leadership of organizations that support the arts, education, healthcare and other community initiatives.”

The representative stated it is the first time the committee tasked with selecting honorees has chosen to recognize a first lady with the award. As part of the huge honor, Trump will also be recognized at a Women of Distinction luncheon the school has hosted for more than two decades. Every year, for the past 28 years, two-woman have shared the spotlight as honorees, but this year the spotlight will be on one.

?In fact, Workship, a coined term combining ‘work’ and ‘worship’ dates back to the University’s founding in 1968. To date, students have provided more than 3.5 million hours of volunteer service to non-profits, schools, and churches. Palm Beach Atlantic’s emphasis on encouraging the potential of each person aligns with Mrs. Trump?s platform as First Lady.?

The event is scheduled to take place on February 16th. The school will also be directing proceeds raised from the event to a scholarship fund for women. Eileen Burns, one of the chairwomen behind the event, stated outstanding first lady is a perfect example of a Woman of Distinction, and the organization was proud to honor her.

Frances Fisher, who will also be hearing this year’s event, noted, ?First ladies define the history of our country. We are honored to recognize Mrs. Trump as a Woman of Distinction and the only first lady since Mrs. Kennedy to be a Palm Beach resident. This will be a truly memorable event.?

Since becoming the nation’s first lady, Trump has made it a point to tackle issues such as child well-being and cyberbullying under her campaign, “Be Best.”Safe to say she had continued to press on with her initiative, despite receiving heat from several critics of President Donald Trump’s usage of social media to target his detractors.