How Melissa McCarthy And Husband Ben Falcone Got Super Lucky in Love! 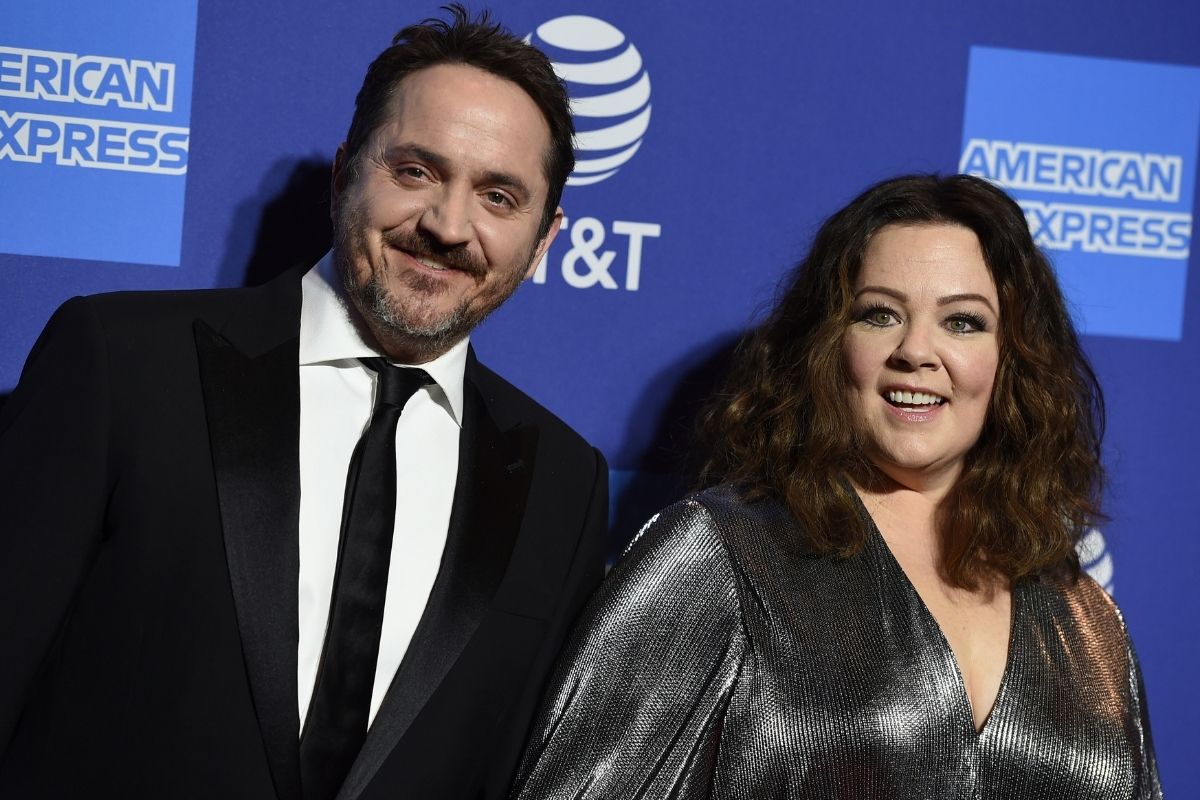 It’s no secret that Melissa McCarthy is nothing less than a powerhouse. The comedic writer and actress starred in Can You Ever Forgive Me, Identity Thief, and brought Sookie St. James’ character to life in Gilmore Girls. Not only does she get to work with the hottest actors and comedians in Hollywood, McCarthy often works with her partner of 20 years, Ben Falcone. She calls him her biggest supporter, best friend, and father of their two daughters Vivian Falcone and Georgette Falcone.

Melissa McCarthy’s husband, Ben Falcone, is a comedic writer, actor, and producer just like her. After meeting in a comedy writing class at The Groundlings in Los Angeles in 1998, the two have been inseparable. McCarthy told Ellen that she’d decided that she liked the guy because he was weird on their first day of class. Shortly after, they wrote and performed together for the first time…their project? A Bob Seger holiday tinted holiday skit.

The pair acted together for the first time on Gilmore Girls. The launchpad for McCarthy’s career in the Sookie St. James role. Falcone’s first appearance on the show was also his last. He was in a scene with his wife in the “Say Goodnight, Gracie” episode.

Soon after came What to Expect When You’re Expecting. They’ve each appeared in projects directed by the other. When Falcone directed The Boss, McCarthy starred in it. Same for when she directed Identity Thief and when she starred in Bridesmaids. In 2010, the two were co-stars in their own sitcom, entitled Mike & Molly, which ran for six seasons on CBS. The plotline was somewhat identical to their real-life love story. Like many Hollywood power couples, they also run a production company together.

Ben is also a published author. He published his book “Being A Dad Is Weird: Lessons in Fatherhood from My Family to Yours” in 2017. Even in solo projects, they find some way to nod towards the other. Melissa McCarthy also wrote the forward for her husband’s book. So sweet!

15 years ago today I married the kindest, funniest and weirdest human I’ve ever met. Grateful every single day!!!

The pair tied the knot in 2005 and have two children, Vivian and Georgette. The first child, Vivian, was born in 2007, and her sister was born in 2010. The youngsters have already done some acting. Both of them were featured in The Boss, where their mom plays a business tycoon who gets sent to prison, also starring Kristen Bell. In the film, Vivian player, her mom’s character at age 7, in a tear-jerking scene when she was around the same age. Georgette’s character sold brownies in her mom’s character’s new brownie business.

However, McCarthy isn’t gunning to make her kids child actors. She said Vivian begged for a role, and once she got permission, Georgette wanted in, too. What was a mother to do? She says they can go back to acting, if they so choose, once they have finished college.