According to PEOPLE, Streep released a statement defending herself after Lagerfeld claimed that she dropped out of wearinga Chanel designed gown to this year’s Oscars in favor for a designer that would pay her.

“In reference to Mr. Lagerfeld’s ‘statement,’ there is no ‘controversy’: Karl Lagerfeld, a prominent designer, defamed me, my stylist, and the illustrious designer whose dress I chose to wear, in an important industry publication,” Streep said in a statement. “That publication printed this defamation, unchecked. Subsequently, the story was picked up globally, and continues, globally, to overwhelm my appearance at the Oscars, on the occasion of my record breaking 20th nomination, and to eclipse this honor in the eyes of the media, my colleagues and the audience.

“I do not take this lightly, and Mr. Lagerfeld’s generic ‘statement’ of regret for this ‘controversy’ was not an apology. He lied, they printed the lie, and I am still waiting,” she added.

Earlier this week, Lagerfeld told Women’s Wear Daily that Streep decided against a Chanel gown for this year’s award ceremony.

“I made a sketch, and we started to make the dress,” Lagerfeld said. He went on to claim that shortly after he designed the gown, Streep’s team told him to stop production.

“‘Don’t continue the dress. We found somebody who will pay us,’ ” Lagerfeld claimed the team demanded.

Streep’s team responded to the claim and denied that she would accept money to wear a gown.

“Chanel engaged in conversations with Ms. Streep’s stylist to design a dress for her to wear to the Academy Awards, with the full understanding that she was considering options from other design houses. When informed by the stylist that Ms. Streep had chosen a dress by another designer there was no mention of the reason. Chanel wishes to express our continued and deep respect for Ms. Streep,” Streep’s people said in a statement to The Hollywood Reporter. 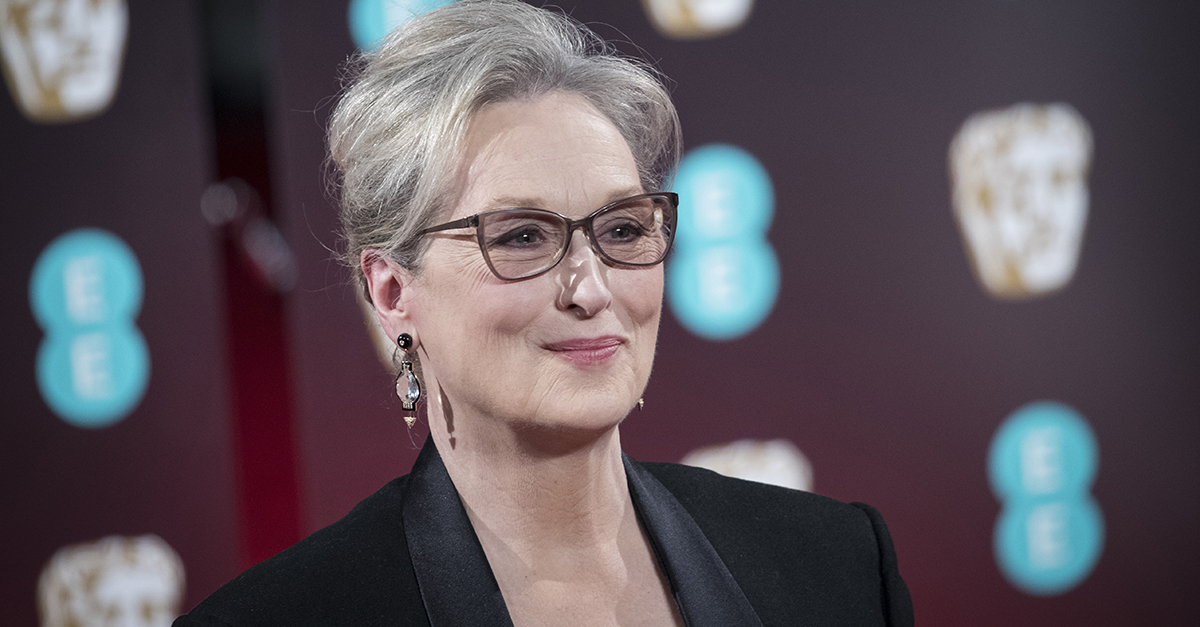