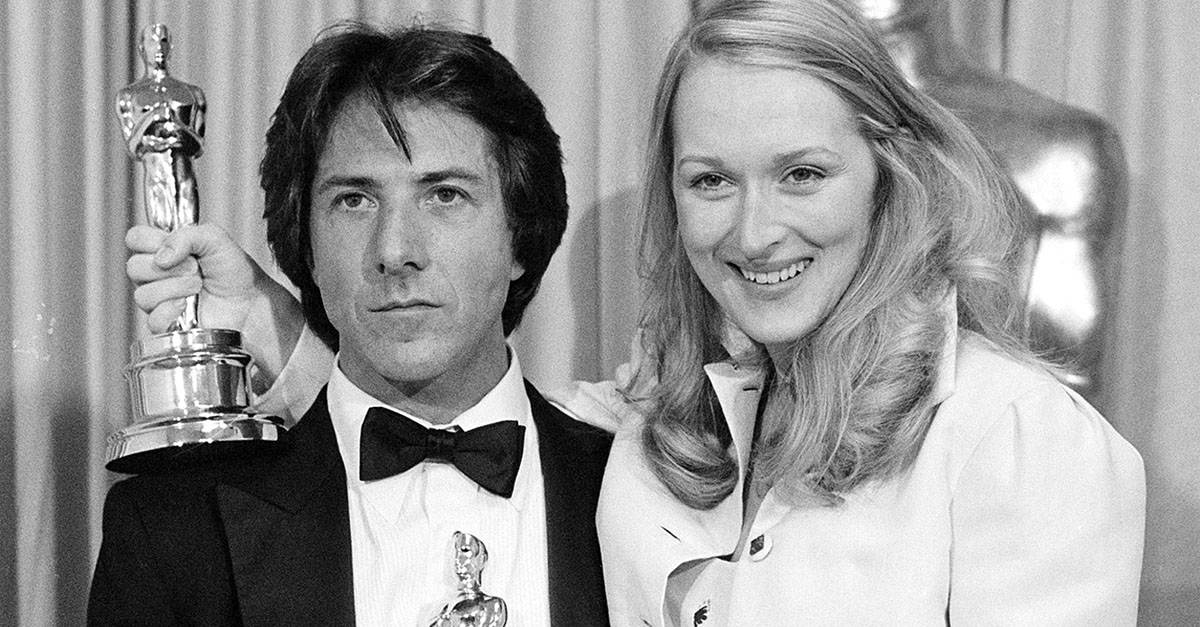 AP Photo
Meryl Streep, best supporting actress, and Dustin Hoffman, best actor in a leadiung role, pose with the Oscars they won for their performances in the motion picture "Kramer vs. Kramer," at the 52nd annual Academy Awards show in Los Angeles, Calif., on April 14, 1980. (AP Photo)

Meryl Streep is defending Dustin Hoffman after a 1979 TIME Magazine interview made it’s way around the internet on Monday.

In the previous interview, Streep recounted the first time she met her “Kramer vs. Kramer” co-star and said that his bizarre behavior made her think he was a “pig.”

“He came up to me and said, ‘I?m Dustin?burp?Hoffman,? and he put his hand on my breast. ‘What an obnoxious pig,’ I thought,” Streep reportedly said at the time. She was auditioning for a play he had directed at the time of their first encounter.

Streep’s rep told E! News that the article was not an “accurate rendering of that meeting.”

“There was an offense and it is something for which Dustin apologized. And Meryl accepted that,” Streep’s rep added.

RELATED: Dustin Hoffman couldn?t hold back the tears after he learned this about one of his relatives

The re-circulation of the article comes just a week after Hoffman was accused of sexually harassing a then-17-year-old intern on the set of the 1985 TV film ?Death of a Salesman.?

“One morning I went to his dressing room to take his breakfast order; he looked at me and grinned, taking his time. Then he said, ?I?ll have a hard-boiled egg ? and a soft-boiled clitoris,?? Anna Graham Hunter alleged in an interview for The Hollywood Reporter. ?His entourage burst out laughing. I left, speechless. Then I went to the bathroom and cried.?

She claimed that she kept accounts of the alleged harassment in notes written to her sister who was living in London at the time. As for outing the actor now, Hunter said that the years that have gone by helped her gain a new prespective of his alleged behavior.

“At 49, I understand what Dustin Hoffman did as it fits into the larger pattern of what women experience in Hollywood and everywhere. He was a predator, I was a child, and this was sexual harassment. As to how it fits into my own pattern, I imagine I?ll be figuring that out for years to come,? she wrote.

Hoffman later responded to the allegations saying, “I have the utmost respect for women and feel terrible that anything I might have done could have put her in an uncomfortable situation. I am sorry. It is not reflective of who I am.”