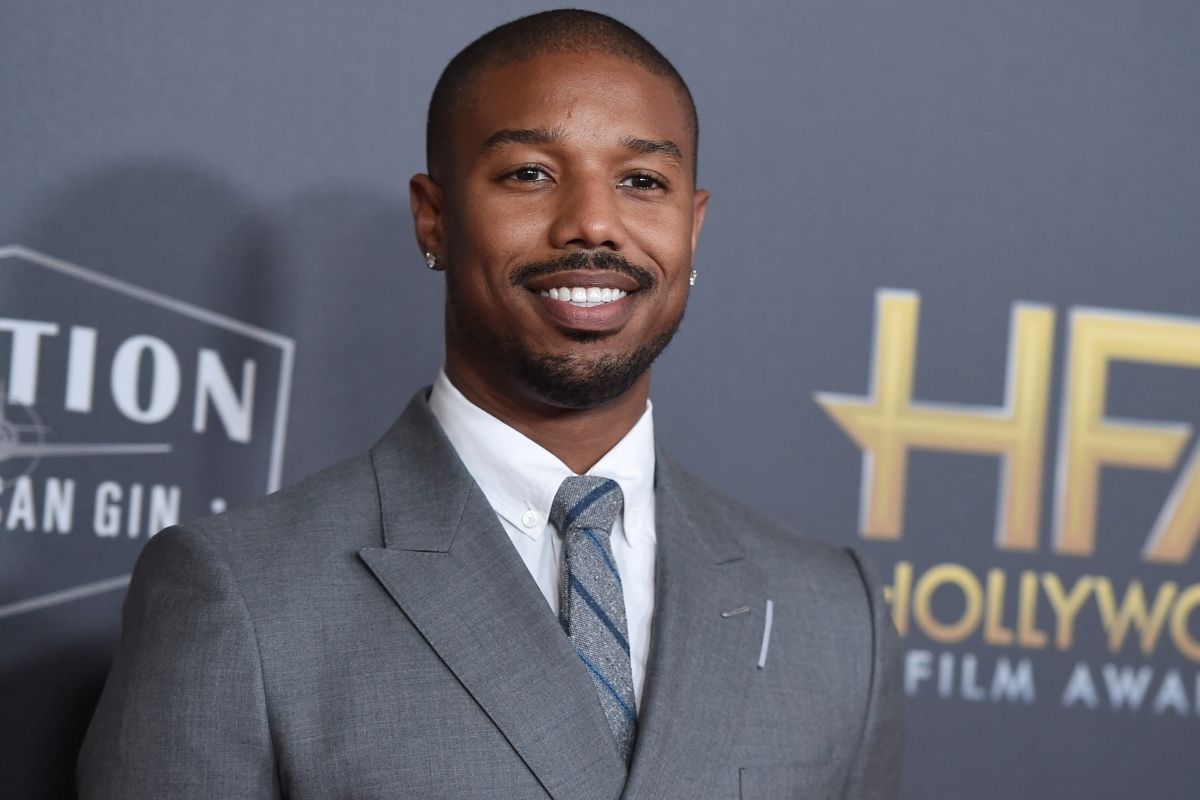 It’s the best time of the year, ladies and gentlemen. Forget about Thanksgiving, Hanukkah, and Christmas…I’m talking about People’s Sexiest Man Alive season! Yes, People have just released their new Sexiest Man Alive for 2020, and let me tell you, I’m not disappointed one bit. Give it up for the winner, actor Michael B. Jordan! Back in 2013, the then 26-year-old actor was featured in People Magazine’s first annual Ones to Watch portfolio for his critically acclaimed performance in Fruitvale Station. Now, he has been awarded the 2020?s Sexiest Man Alive. What a title to have.

Talking to People, the actor stated it was a “very cool feeling.” He noted, “You know, everybody always made that joke, like, ?Mike, this is the one thing you?re probably not going to get.’ But it?s a good club to be a part of.” The Creed and Black Panther actor’s title was revealed on ABC’s Jimmy Kimmel Live. 33-year-old Jordan appeared on the late-night talk show dressed in a brown suit. He said that he had heard about the honor during a call from his publicist while he was driving with a friend. He told People that it was an honor to be given the title.

Michael B. Jordan on Being Named People’s Sexiest Man Alive

Other recent winners of People’s Sexiest Man Alive include Dwayne Johnson, Idris Elba, Chris Hemsworth, John Legend, Adam Levine, George Clooney, David Beckham, and Channing Tatum. But the 33-year old stated that the woman and his family are definitely proud of his new title. He credits his entire family for the support they have given him throughout the years.

He noted, ?When my grandmother was alive, it was something that she collected, and then my mom naturally reads it a lot and my aunts as well. This is one that they?re definitely going to have a special place for.? The actor was raised in Newark, New Jersey, by his parents Michael and Donna, along with his brother and sister Jamily and Khalid. He credits his family for being a grounding force throughout his years as an actor.

73 Questions with Michael B. Jordan

Jordan’s steady rise comes from strong performances and acting endeavors on television on Friday Night Lights and The Wire. He then made his successful mark in the film Fruitvale Station as the police shooting victim Oscar Grant and as boxer Adonis Creed in the Rocky sequels, Creed, and Creed II, and Black Panther as Erik Killmonger. As well as acting, Jordan has also worked behind the scenes in Hollywood.

He started his own production company, Outlier Society Productions, which was one of the first to embrace that inclusion writer, and adopted the pledge to seek diverse casts and crews. . He has been very active in the Black Lives Matter movement, and was very vocal about early voting registration for this year’s election. He noted, ?I think there?s a time and a place for everything. ?I?ve been picking my moments to make the most impact. We can all take action ? big or small ? to help create the change we want to see.?

Sexiest Man Alive Michael B. Jordan Watches His 26-Year-Old Self Respond to Being Named One to Watch​ https://t.co/D8oZ5M0puD

As far as what the future holds for this actor, in 10 years he hopes to direct and produce more instead of taking on acting roles. He is set to start as a former Navy SEAL turned CIA operative in Tom Clancy’s Without Remorse. The actor noted, ?Just growing, whatever the next evolution of me is. Hopefully a family by then, I?m going to throw that in the universe. I want to make an impact all over the world and not just through the roles that I play.? And if you’re wondering, the actor is single and when he isn’t working he either relishes driving cars, cooking or playing video games.

As far as his secret to confidence, he said it was fully realizing that you ?can’t make everybody happy.? He noted, “You could have all the good intentions in the world, and you?ll still get controversy or some type of negativity thrown your way. Sometimes you?ve just got to trust the universe, you know? You?ve got to just believe in yourself and do what you feel is really right. I think that adds up.” There you have it, folks, Michael B. Jordan has taken the crown and is the Sexiest Man Alive for 2020. No complaints here.