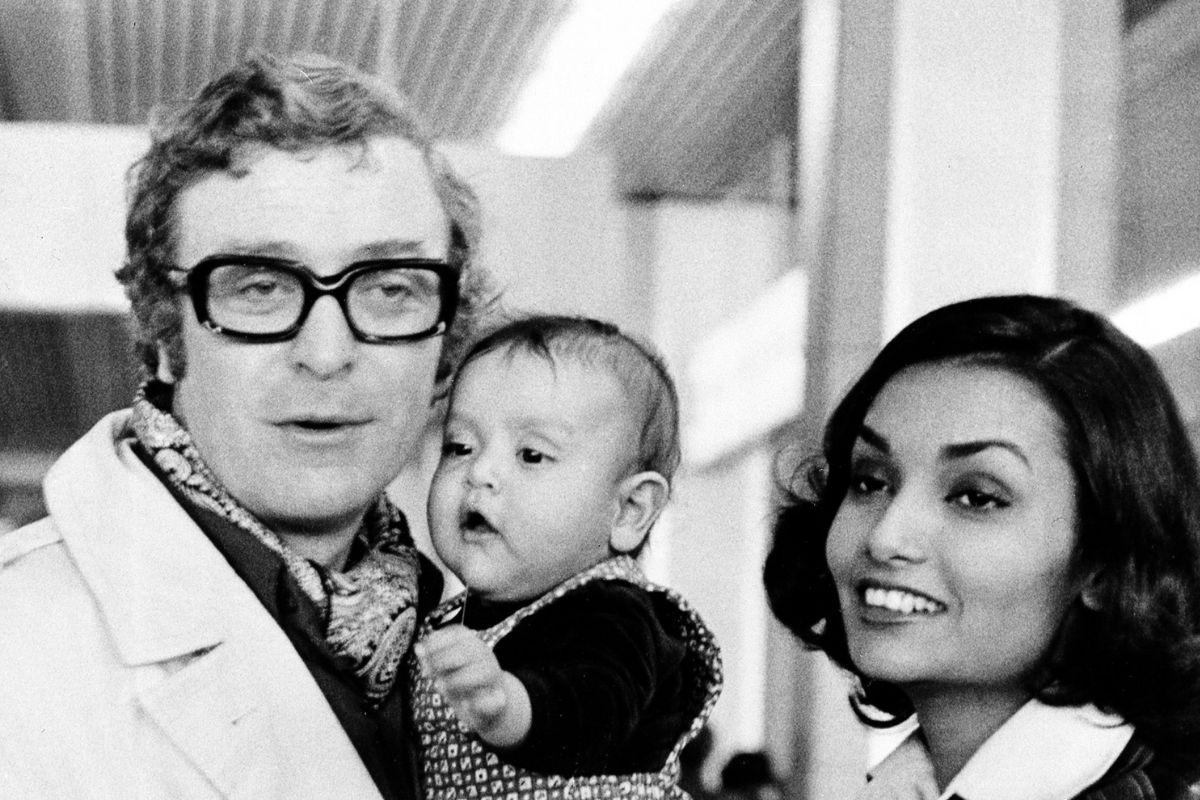 Actor Michael Caine is one of the great all-time British film icons. Born Maurice Joseph Micklewhite in South London in 1933 to a Billingsgate Fish Market porter and a charwoman, according to his official website. In addition to his long and storied career as the actor with the distinctive Cockney accent, the Alfie and The Italian Job star is also the proud father of two grown daughters.

In fact, in a 2009 interview with the Daily Mail, Caine bragged “I love family. It is the best organization there is, and I’m a great father. Come to think of it, that is my big conceit. If you want arrogance and conceit, I think I’m the best father in the world.” Who are the women lucky enough to have such a devoted and loving dad?

From Cockney London to Knighthood: The Life of Michael Caine

It’s hard to believe that the ubiquitous and prolific Michael Caine took many, many years to become a successful working actor, but it’s true. After leaving school at 16, Caine took on many odd jobs, including one as a filing clerk for Peak Films, “his closest step to Hollywood yet,” as he joked on his website. After serving as a soldier in the Korean War, Caine went to work at Westminster Repertory in Horsham, Sussex, followed by Lowestoft Repertory. There, he met his first wife, Patricia Haines, and the two of them decided to move to London to pursue their acting careers. They married in 1955 and their daughter Dominique, also known by her nickname, Nikki, was born in 1956. Their marriage lasted until 1962.

After years of “living hand to mouth, being helped out by friends, with the occasional film or TV bit part,” according to his website, Caine’s first break came when he got the lead in the TV play The Compartment. This led to five more major television roles, a play, and a part in the 1964 film Zulu. Caine’s first-star turn as a quintessential British actor came with the title role in the 1966 movie Alfie in which he played an unrepentant English ladies’ man in swinging ‘60s London. The movie was a hit and led to fame and success for Caine, who spent years traveling everywhere from New York to Louisiana to Helsinki to make movies. One of his more famous roles came in 1969 when he starred as Charlie Croker, the brains behind a gold heist using Mini Coopers in The Italian Job.

By the 1970s Caine was a full-fledged movie star and made many of his signature films, including Jack Carter in Get Carter, Milo Tindle in Sleuth, opposite Sir Laurence Olivier, and Peachy Carnehan in John Huston’s The Man Who Would Be King.

The 1980s brought Caine several prestigious awards—he won the Best Actor BAFTA and Best Actor in a Comedy or Musical Golden Globe for his role in 1984’s Educating Rita, the Best Actor in a Supporting Role Academy Award for 1987’s Hannah and Her Sisters, and Best Actor in a Miniseries or Motion Picture Made for Television in 1989’s Jack The Ripper. He later won his second Best Actor Golden Globe for 1999’s Little Voice and his second Best Supporting Actor Oscar for 1999’s The Cider House Rules. In 1992, he played one of his more iconic roles as Ebeneezer Scrooge, one of the only non-Muppet roles in The Muppet Christmas Carol.

Michael Caine kicked off 2000 by being knighted as Sir Maurice Micklewhite CBE in recognition of his contribution to cinema. He uses the name Sir Michael Caine professionally. The 2000s also saw Caine begin collaborating with director Christopher Nolan, starting with his role as Alfred in 2005’s Batman Begins.

The two men have made eight movies together including Inception, Interstellar, and The Dark Knight. In 2006 he appeared in Alfonso Cuarón’s critically acclaimed dystopian thriller Children of Men and flexed his action-adventure muscles once again in 2009’s Harry Brown. Now in his late 80s, Caine shows no sign of slowing down. He recently wrapped the role of Fagin in Twist, a modern retelling of the classic Oliver Twist, and will appear in the third part of the Now You See Me heist series, just to name a few of his upcoming roles.

The Woman In The Coffee Commercial

The story of how Michael Caine met his second wife Shakira Baksh Caine is seemingly right out of a romantic comedy. Per Pop Sugar, Caine saw actress Shakira in a 1971 Maxwell House coffee commercial and thought she was “the most beautiful woman he had ever seen.” Lovestruck, he planned to fly to wherever she lived to meet her, but it turned out that they were both living in London. He asked a friend who worked in advertising to introduce them. They quickly fell in love and moved in together. Per his website, Caine credits his wife with pointing out that he drank one or two bottles of vodka a day, which led him to quit drinking entirely for a year. They married in 1973 at the Little Chapel on the Green in Las Vegas and welcomed daughter Natasha later that year.

Caine’s daughter Dominque’s mother Patricia Haines died of lung cancer in 1977. On his website, Caine tells the story of how when he earned his first sizable acting paycheck from Zulu, Dominique was just eight years old and “crazy for horses” and so he bought her a horse. Dominique grew up to own a horse farm, per Closer Weekly.

Natasha Caine is a former model and graduate of England’s Manchester University. She has three children, twins Miles and Allegra and son Taylor, and was married to property developer Michael Hall. In 2009, Michael Caine told the Daily Mail about how much he enjoyed spending time with his then-baby grandson Taylor, noting “We watch Sky Sports together. I like looking after him. I’m pretty good with him, too. I feed him. I carry him. I have pushed the pram a little –only around the house, mind, not in public. But I like it. I like being with him. We get on.”

Watch: John Belushi Was Originally Set to Star in ‘The Three Amigos’