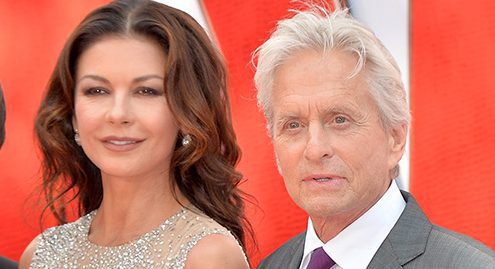 Actor Michael Douglas is preemptively denying allegations that he masturbated in front of a female employee 30 years ago.

Douglas denied the allegations in an interview with Deadline on Tuesday after two publications reportedly reached out to him about possibly publishing the woman’s claims.

“I felt the need to get ahead of this. It pertains to me but I?m also getting a sense of how it reflects in our culture, and what is going on today. I see it as a cautionary tale,” Douglas told the publication. Douglas reported that the woman claimed that he used “colorful language” in front of her, spoke “raunchily or dirtily to friends” on the phone while in front of her, “blackballed her from the industry” after firing her and “masturbated in front of her.”

“I?ve had no contact with her, in 30-plus years. I talked to the reporter and said, ?Listen, as far as using colorful language in front her, I apologize. None of it was directed at her; she didn?t say it was,'” he said. ” … As far as blackballing her, that was completely untrue. She was a lady who was involved in development at my company, and we just didn?t have a good development record in the time she was there, so I just moved on. I never blackballed her. If people from the industry called me to ask about her, I would have been honest, but I never blackballed her.”

Douglas told Deadline that the allegations against him are “extremely painful” and hurt his family’s reputation in Hollywood.

“I pride myself on my reputation in this business, not to mention the long history of my father and everything else. I don?t have skeletons in my closet, or anyone else who?s coming out or saying this,” he said. ” … And I tried to figure out, why the hell would somebody do this? The part that hurt the worst is having to share something like this to your wife and your children. My kids are really upset, has to go to school worrying this is going to be in some article about me, being a sexual harasser. They?re scared and very uncomfortable.”

Douglas said that his wife, actress Catherine Zeta-Jones, has been “very supportive” in the wake of the story.

“My reasons are personal in coming forward. But I?m going to continue the way I?ve always treated women, as equals and my peers. Working closely with them. I would hope that as a cautionary tale, we will be careful about accusing and being accused,” he said.