At 74, Actor Michael Douglas Has No Plans To Retire Anytime Soon 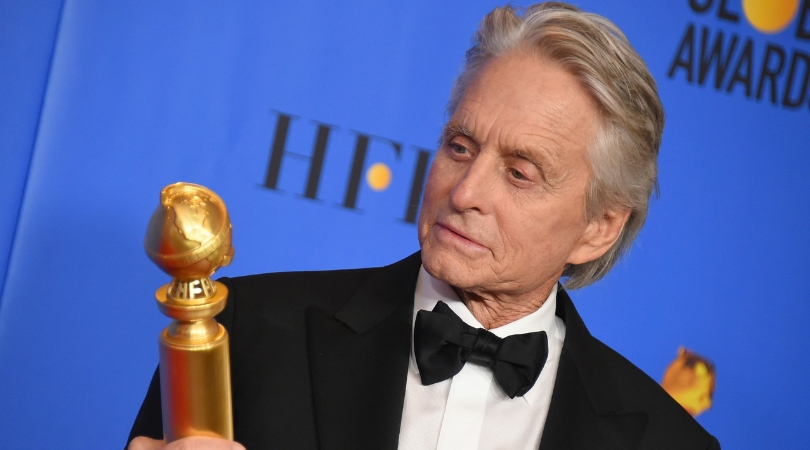 Hollywood star Michael Kirk Douglas, known as Michael Douglas is a film actor and producer born in New Brunswick, New Jersey on September 25, 1944. He is the son of American actor Kirk Douglas and Diana Dill, a British actress. Douglas got his first taste of an entertainment career at a young age, joining his father on various trips and sets. His first film was in 1969, called Hail, Hero! He is well-known for the Disney adventure film Napoleon and Samantha and later the tv series The Streets of San Francisco. Safe to say many fans remember him the most from the TV show, as he chased down bad guys all while keeping his beautiful hair in place. Little did he know he would go on to play Inspector Steve Keller for the show’s five seasons.

Throughout his career, he worked with stars such as Danny Devito and Kathleen Turner in Romancing the Stone. He starred in popular thriller/dramas Basic Instinct and Fatal Attraction and on Wall Street as a corrupt stockbroker. He later returned for the sequel: Wall Street: Money Never Sleeps in the mid-2000s. As far as I see it, his roles always seem to fall into the flawed hero type. He and his father shared the commonality for portraying characters like this often throughout their careers. Some of his other most successful films include The Game, Wonder Boys, and Behind the Candelabra.

Like many movie stars, Douglas wanted to prove himself versatile. In 1975 he tried his hand at producing and reached critical acclaim for One Flew Over the Cuckoo’s Nest. The film won Academy Awards in the best actress, best director, best actor, best picture, and best screenplay categories. After making a name for himself as a producer, he continued to star in and produce successful films including Flatliners, Face/Off, The Rainmaker and Starman.

In the 2000s Michael Douglas continued adding to his roster of Hollywood films with Wonder Boys, The Sentinel, and King of California. When he starred in Traffic in 2000, he met his wife Catherine Zeta-Jones. Fun fact, they were actually both born on September 25, but 25 years apart. How wild is that? The famous A-listers got engaged on New Year’s Eve December 1999 and were married at the Plaza Hotel in New York on November 18, 2000. They have two children, Dylan Michael, and Carys Zeta. Douglas also has another son, Cameron Douglas, who he had with his first wife, Diandra Luker.

He continued this trend of working with loved ones when his father, Kirk Douglas (who is currently 102 and one of the last living people of the film industry’s Golden Age) and son Cameron starred beside him in It Runs in The Family. He has since been in a variety of movies from superhero films (Marvel’s Ant-Man and Ant-Man and the Wasp) and romantic comedies such as And So It Goes. He also starred in Last Vegas beside Morgan Freeman, Kevin Kline, and Robert De Niro. His 2013 effort Behind the Candelabra, the story of Liberace, won him an Emmy award.

So, after two Golden Globe award and quite a couple of Oscars, Douglas revealed last year that he had no plans to retire from acting. Yes, the 74-year-old is still planning to go strong, saying he loves Hollywood gigs more than ever. Last year the actor’s acting legacy was highly recognized when he received a star on the Hollywood Walk of Fame. Keep lighting up the screen, Douglas!