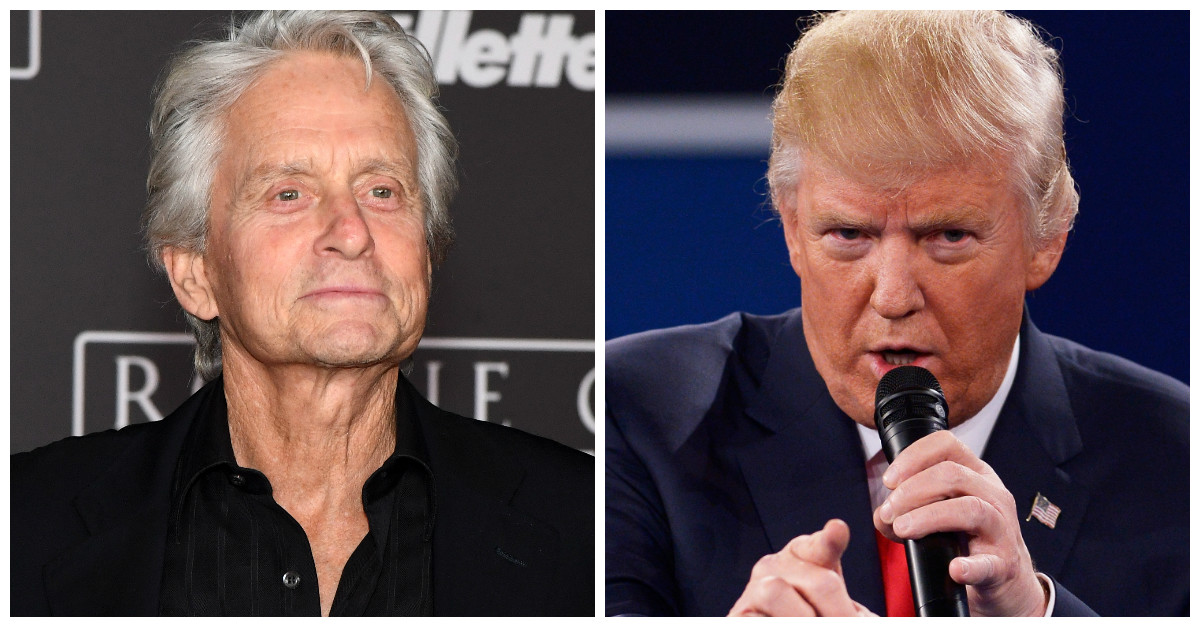 Michael Douglas insists that Donald Trump is “not an idiot.”

The actor and longtime Democratic party donor sent a message out to try to ease the minds of people who are still uncomfortable with Trump’s presidency.

“I personally know the President-elect Donald Trump. I?ve spent time with him, played golf with him, my wife Catherine and I have the same birthday and have had him [Trump] at parties together,? Douglas reportedly told hubculture.com at the World Economic Forum in Davos, Switzerland.

RELATED: An investigation into disturbing footage from ?A Dog?s Purpose? has led to the suspension of one employee

“I?ve always found him to be charming and have a self-deprecating humor ? but then again, one of the things you learn playing golf is not to talk politics or religion,? he added. “I think we have to wait. He?s not an idiot, so I will be curious to see what plays out.”

Douglas was a huge supporter of Hillary Clinton during the election last year and admitted that he is concerned by Trump’s selection for labor secretary, Andrew Puzder, and also voiced concern over Scott Pruitt leading the Environmental Protection Agency.

He is reportedly an owner of a property in Bermuda and has seen the first hand impact of global warming.