Get to Know Mike Pence’s Children 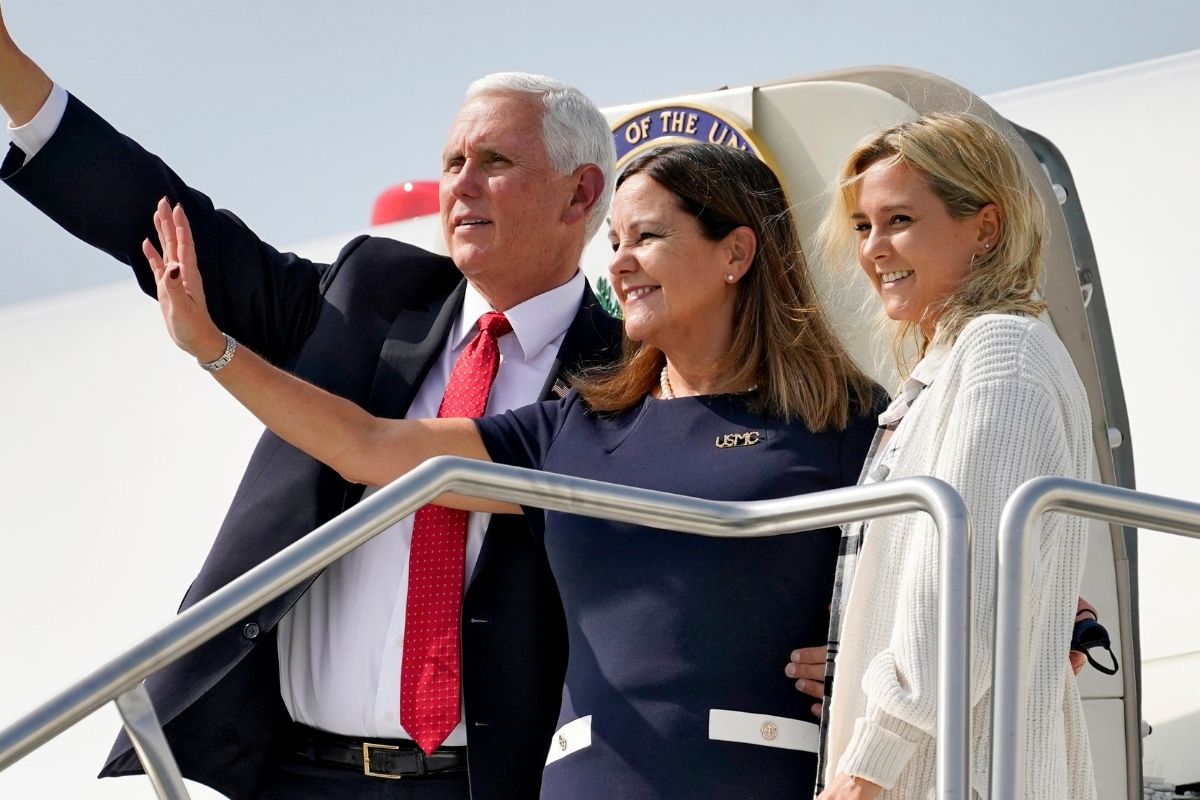 Michael Richard Pence was born on June 7th, 1959, and is currently the 48th Vice President of the United States since 2017. Pence served as the Governor of Indiana from 2013 to 2017, and as a member of the United States House of Representatives from 2001 to 2013. As a republican, he chaired the House Republican conference from 2009 to 2011. He graduated from Hanover College and earned a law degree from the Indiana University Robert H. McKinney School of Law later going into private practice. He describes himself as a principled conservative, saying he was a Christian and a Republican.

Back on July 14th, 2016, President Donald Trump’s campaign stated that Pence would be Trump’s choice for running mate in the 2016 presidential election. They both went on to defeat Hillary Clinton’s campaign in the general election that took place on November 8th, 2016. Pence was inaugurated as a vice president of the United States on January 20th, 2017.

Although we know a lot of what he’s done politically, not much is known about his family life, especially his children with his wife Karen Pence. The couple has three children: Michael Jr., Charlotte, and Audrey. Among these children, Charlotte Pence-Bond is the most public of the three, focusing her career around her father’s accomplishments. Meanwhile, Charlotte’s sister Audrey lives a quiet life away from politics. She has previously admitted to having liberal political views despite her father being a conservative. As far as their brother Michael Jr., he’s a naval officer who walks the path of modesty in the public eye, preferring a life of military service. Here’s everything you need to know about the Pence kids.

@VP Mike Pence and his wife with their son, 2ndLt. Michael Pence. Thank you for your service, Michael! 🇺🇸 pic.twitter.com/p3Ckfqs8iA

The eldest pens child Michael Pence Jr. attended Purdue University before he joined the military service. He first commissioned as a second lieutenant in the Marine Corps in September 2015 at 23. He then went to flight school at Naval Air Station in Florida to become a pilot.

He tends to keep out of the spotlight just like his younger sister. Michael was married back in 2016 to his wife Sarah, to which Pence revealed that the ceremony would be a ?small, little, intimate ceremony just for immediate family.? The couple reportedly met while attending Purdue University in Indiana during a political science class. Michael was one of seven graduates to receive wings of gold from the Naval Air Station in Meridian in 2018. Back in 2017, according to her LinkedIn page, Sarah was a Forensic Treatment Services Program Coordinator in the Division of Mental Health and Addiction

Although he likes to keep his marriage private, one interesting fact was revealed about his marriage, which came from his mom, Karen. She apparently told CNN, “I learned about being a spouse from my daughter-in-law. She insists that Michael has his responsibilities in the house and she has hers. And I tend to say, ‘Oh, you know, the vice president is really busy, I’ll do this for him,’ and ? really ? it’s better if you don’t.”

True character and leadership are found on the day after Election Day, when unforeseen challenges arise and leaders must face unprecedented trials. I’ve never been more proud of you than I have over the past year. Watching you encourage and reassure our country through this pandemic has shown the world something I’ve always known as your daughter. Your kind, calming, and gentle nature is irreplaceable. But you’ve also always taught me that true peace doesn’t come from within – it comes from our faith in God, and our belief that He will be the calm in the midst of every storm.

Charlotte Pence is a middle daughter of Mike and Karen Pence and is an American writer =. She recently got married to now Lt. Henry Bond at the United States Naval Academy in Annapolis, Maryland. Apparently, it was her brother Michael Jr. who introduced the couple back in 2017, after he met Bond at Flight Training School. Charlotte spoke with CNBC about her love life, saying that being the daughter of the vice president comes with the pros and cons. She stated, “If they know who my dad is, [they] have a perception of me.?

The 27-year-old stated that she has her father to thank for encouraging her to follow her dreams of becoming a writer, something that she has expressed interest in and she was the age of seven. She is now a published author, having written Where You Go: Lessons from My Father, which is the biography of Mike Pence told from her perspective. She is also an author of children’s book Marlon Bundo’s A Day in the Life of the Vice President. In 2014 she won an Emmy award for the Lower Great Lakes region for a film she co-wrote and was associate producer.

Audrey Pence is the youngest of the trio. Unlike her older sister Charlotte, The 25-year-old likes to limit her posts on social media. But it was revealed that she recently got engaged to her College boyfriend Daniel Tomanelli, according to the Boston Globe, the two met at Northeastern. Audrey’s now attending Yale Law School. Speaking with News @ Northeastern, she said she would one day like to work in a U.S. embassy or consulate. She stated, “I’ve talked to a lot of people who are foreign officers and seen the work they do and many have said they are all very much generalists rather than specialists, which is something I really identify with; being able to take different lessons from all around the world and applying them.”

Charlotte isn?t the only author in the Pence family. Audrey also has some writing credits with CNN. The network had given Audrey a byline, where the then-college student co-wrote an article with veteran journalist Christina Asquith that was published on the site back in 2015 called Why Turkey won?t say the G-word when it comes to the Armenians.