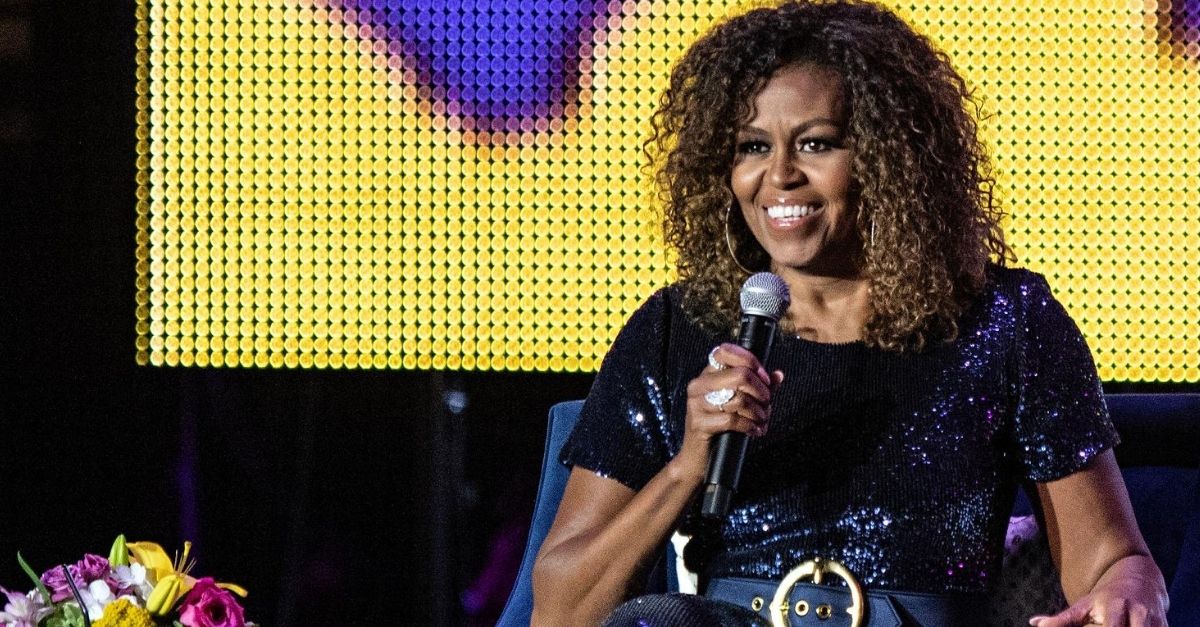 Former First Lady Michelle Obama is warning that things could possibly get worse under the second Donald Trump presidency, saying that everyone should vote as their lives depend on it. Obama gave a passionate virtual speech on the first night of the Democratic National Convention that took place on Monday, addressing Trump directly. She stated, “Donald Trump is the wrong president for our country. He has had more than enough time to prove that he can do the job, but he is clearly in over his head. He cannot meet this moment. He simply cannot be who we need him to be for us.?

Obama also stated that if one thinks that things cannot possibly get worse, they most certainly can and they will if we don’t make a change in this election. She noted, ?if we have any hope of ending this chaos, we have to go vote for Joe Biden like our lives depend on it.?

The former first lady also outlined the dire stakes for the election ahead, declaring that President Donald Trump is way over his head and is the wrong present for our country. Warning of voter suppression, she told Americans they must vote for Biden if they want to preserve the basic requirements for a highly functioning society.

"We have got to do everything we can to elect my friend, @JoeBiden, as the next president of the United States." – @MichelleObama#DemConvention pic.twitter.com/7KxJo2vx5X

Obama delivered her remarks in a very casual setting, with a Biden campaign sign on top of the mantle. Citing the COVID-19 pandemic, the political unrest happening in our nation over systemic racism, and flagging the poor economy, she described America’s lack of leadership, stating that the nation is ?underperforming not simply on the matter of policy, but on matters of character.?

She went on to describe that the former Vice President is it a decent man who knows what it takes to help and rescue the economy, a pandemic, and lead our country. She then noted how Biden has prevailed through his own tragedy of losing his daughter, adult son, and his first wife saying that he will always ?channel that same grit and passion to help us heal and guide us forward.?

If we want to end the chaos and division—and keep alive the possibility of progress on the issues we hold dear—we’ve got to vote for @JoeBiden and @KamalaHarris like our lives depend on it. Register today by texting VOTE to 30330. https://t.co/xPu5o0SYLJ

President Donald Trump, who is a Republican, succeeded President Barack Obama, who is a Democrat, back in 2017. Trump has tried to undo several of Obama’s well-known achievements on the environment, healthcare, foreign policy, among others. Before the event, Trump took a jab at the former first lady’s speech, noting that her remarks were actually pre-recorded and then his own speech at the Republican National Convention next week will be live.

Obama’s remarks came as there have been several debate rages in the United States in regards to the U.S. Postal Service changes that are delaying mail deliveries, and a legal battle in several other states over access to mail-in ballots. Obama called for action to those who didn’t participate in the last election, saying that now is not the time to ?withhold votes in protest or play games.? She noted, ?we have got to grab our comfortable shoes, put on our masks, pack a brown bag dinner and maybe breakfast too, because we?ve got to be willing to stand in line all night if we have to.?