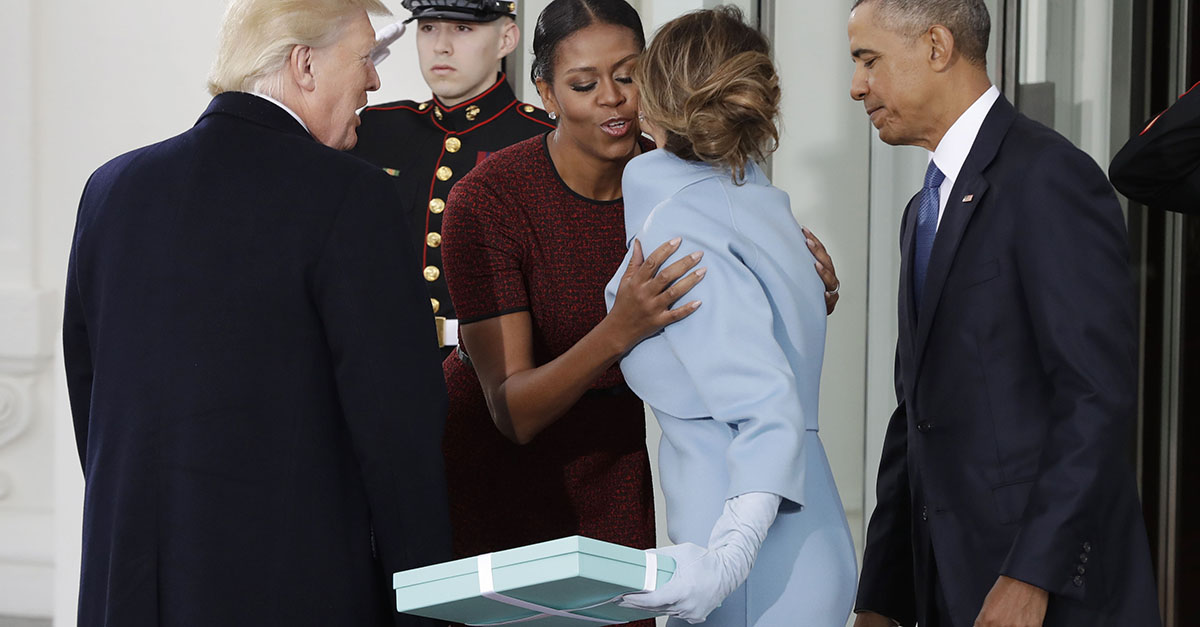 It’s been over a year since Melania Trump became the first lady, and this whole time, we have all been wondering what was in the Tiffany blue box she gave to Michelle Obama.

Obama is set to appear on on “The Ellen DeGeneres Show” on Thursday, and in a sneak peek at PEOPLE, she revealed to the host exactly what that gift was.

“So, I have a question and I think a lot of people have the same question. So, when the transfer was happening, when Donald Trump and his wife were moving into the White House, there was a gift exchange,” DeGeneres said in the preview clip. “So, what was in there?”

“It was a lovely frame,” Obama said. DeGeneres teased her about that awkward moment when Trump didn’t wait for his wife before greeting the Obamas on the steps of the White House on that January 2017 morning, and Obama recalled, “Well, there’s all this protocol. I mean, this is like a state visit, so they tell you that you’re going to do this, they’re going to stand here. Never before do you get this gift, so I’m sort of like okay, ‘Where am I supposed to put this gift?'”

Obama said that the awkwardness continued for a few short moments until former President Barack Obama “saved the day” and took the gift into the White House.

“And then my husband saved the day. See he grabbed the box and took it back inside. But everybody cleared out. No staff, no one. I was like, ‘What do you do with the box?’” she joked.

The full interview with Obama airs on Thursday, Feb. 1.