Menu
Follow us
Search
Menu
Search
First lady Michelle Obama speaks as she welcome community leaders from across the country to celebrate the successes and share best practices to continue the work of the Mayor's Challenge to End Veterans' Homelessness East Room of the White House complex in Washington, Monday, Nov. 14, 2016. (AP Photo/Manuel Balce Ceneta)

“Black-ish” star and social activist Yara Shahidi, 17, is currently undergoing the stressful process of applying to colleges. Last fall, she told PEOPLE magazine that she was applying to universities along the east and west coast, including Harvard University — Obama’s alma mater. It is also where Malia Obama will attend when she finishes her gap year this fall.

Well, Shahidi already has a leg up on the competition thanks to the former first lady generously agreeing to write a letter of recommendation for the young star, who plans to double-major in African American studies and sociology.

The actress first met Mrs. Obama when they shared the stage at Glamour’s “International Day of the Girl” event. Since that time, Shahidi has met with Obama several times, and as she recently told W Magazine, has become an “amazing supporter” of the young star.

Like Malia Obama, Shahidi plans to take a gap year, a choice that many criticized the former first daughter for making. Shahidi told PEOPLE:

I feel like what’s interesting is I know so many people that are deferring. It’s more than to just roam around or just sit down and stare at a wall, but it will also give me an opportunity to work. I’ve been working more than half of my life and that’s always been balanced with school and all of the other responsibilities, so to have a year to focus on work and to focus on specified interests will be nice before I pick a career and choose what I want to study and my life path.

RELATED: Barack and Michelle Obama were spotted in NYC having lunch with a famous musician 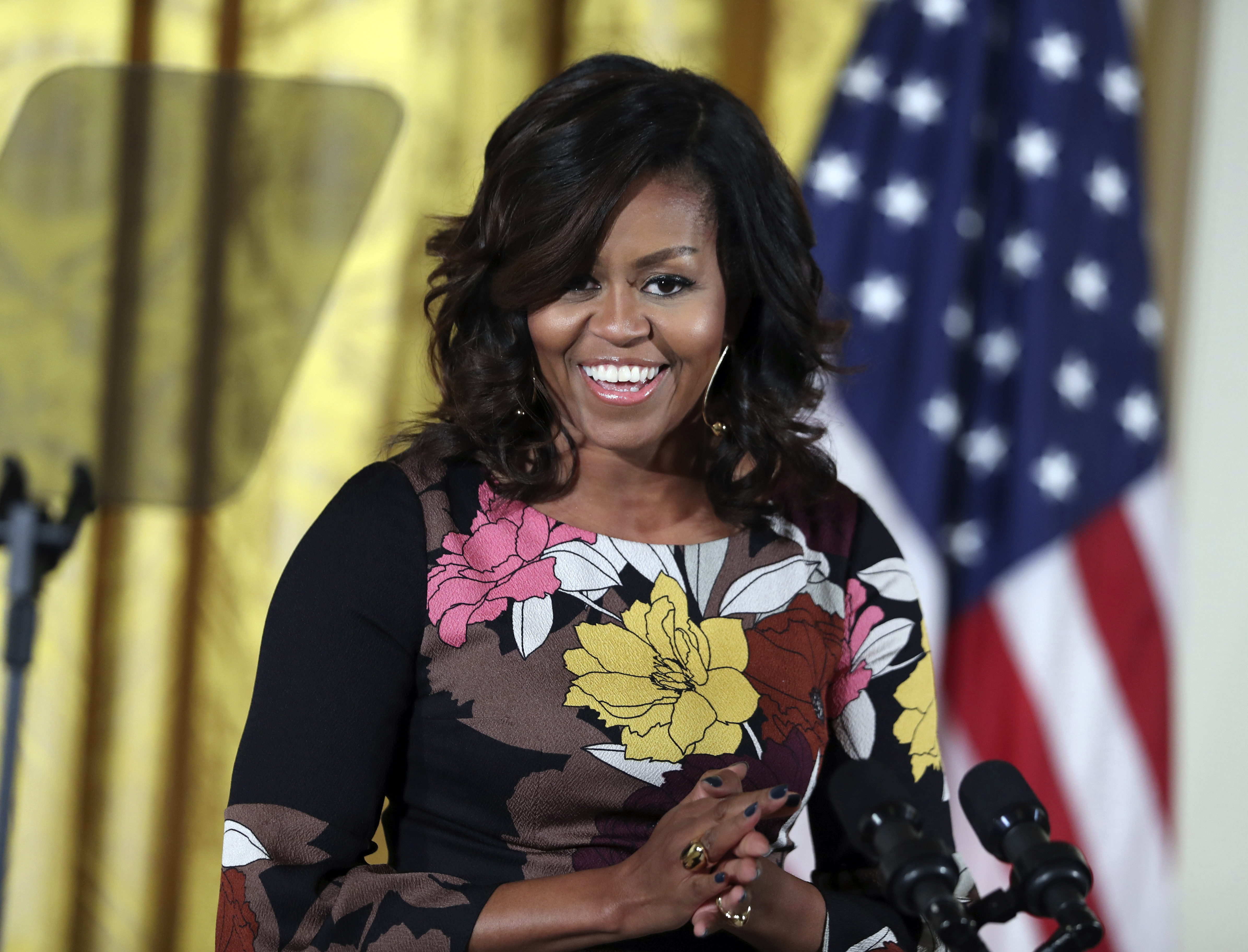