Michelle Obama is Launching a Cooking Show on Netflix 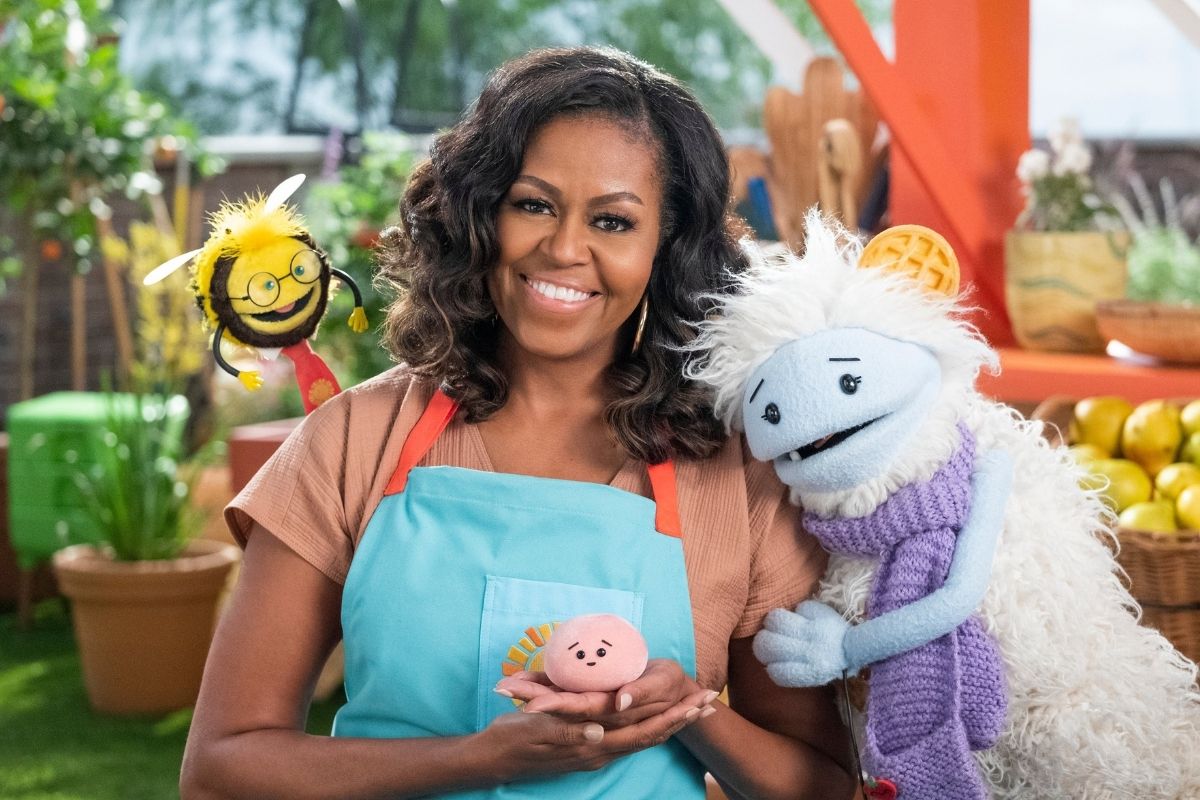 Good news Michelle Obama fans, the former first lady is now launching a kid-centric cooking show on Netflix! Obama will star and executive produce Waffles + Mochi, which will be available for streaming starting on March 16th. The show is said to be geared toward a younger audience and will feature two puppet friends, named Waffles and Mochi, and Obama as a supermarket owner.

The show will chronicle their journey as they try to become successful chefs. On Instagram, Obama released a description of the show, saying that the show will be ?all about good food: discovering it, cooking it, and of course, eating it.? It’s a culinary adventure of a lifetime in order to help children’s health! Brilliant!

Netflix also released a statement describing the premises of the children’s series, stating, “With the help of friendly new faces like the supermarket owner, Mrs. Obama, and a magical flying shopping cart as their guide, Waffles and Mochi blast off on global ingredient missions, traveling to kitchens, restaurants, farms and homes all over the world, cooking up recipes with everyday ingredients alongside renowned chefs, home cooks, kids and celebrities.?

The theme of the children’s cooking show closely aligns with the work that she previously did as the first lady, which focused on improving the diet of children by updating federal nutrition standards and bringing healthier meals to schools in the US by using fresh ingredients.

The first original preschool series from Higher Ground, and starring @MichelleObama herself, is coming to Netflix on March 16! pic.twitter.com/vKVaZ3vk2l

She also planted a vegetable garden on the south lawn of the White House in order to educate children about healthy eating and locally grown vegetables and fruits at the time when childhood obesity had become a national concern. So yeah, food show? Why not, is there anything Michelle Obama can’t do? Give her ALL the Netflix shows she wants!

Waffles + Mochi is said to be collaborating with Partnership for a Healthier America, which is a nonprofit that Obama serves as an honorary chair. The organization works to expand access to affordable and fresh nutritious foods in underserved communities. This is just one of Obama’s many media ventures. Her documentary Becoming, based on her successful Memoir, is already on Netflix and in 2020 she launched a podcast on Spotify. Michelle and former President Barack Obama’s Higher Ground Production has a multi-year production deal with Netflix. Not a bad time to be in a pandemic, if you ask me.