From her admission of being underpaid to throwing shade at R&B legend Mariah Carry, Miley Cyrus has been an open book.

This week, she’s made a stunning admission about her sexuality and gender to Variety Magazine, which just named Cyrus one of their “Power of Women” cover stars.

Miley opened up about identity struggles which seemed to conflict with her religious upbringing.

“My whole life, I didn’t understand my own gender and my own sexuality. I always hated the word ‘bisexual,’ because that’s even putting me in a box. I don’t ever think about someone being a boy or someone being a girl,” she told the magazine. “Also, my nipple pasties and s–t never felt sexualized to me. My eyes started opening in the fifth or sixth grade. My first relationship in my life was with a chick. I grew up in a very religious Southern family.”

Despite the challenges, Cyrus wasn’t about to let it hold her back.

RELATED: We now have details of Miley Cyrus and Liam Hemsworth’s upcoming and long-awaited wedding

“The universe has always given me the power to know I’ll be OK,” she added. “Even at that time, when my parents didn’t understand, I just felt that one day they are going to understand.”

The newly engaged pop star went on to explained how she learned more about her own identity by observing others.

“I went to the LGBTQ center here in L.A., and I started hearing these stories. I saw one human in particular who didn’t identify as male or female. Looking at them, they were both: beautiful and sexy and tough but vulnerable and feminine but masculine. And I related to that person more than I related to anyone in my life,” Miley explained.

“Even though I may seem very different, people may not see me as neutral as I feel. But I feel very neutral. I think that was the first gender-neutral person I’d ever met. Once I understood my gender more, which was unassigned, then I understood my sexuality more. I was like, ‘Oh—that’s why I don’t feel straight and I don’t feel gay. It’s because I’m not.'”

Now the singer has admitted that after struggling so long to find herself, she feels stronger now and better than ever.

“My empowerment comes from feeling like I have a purpose now. On my tombstone, I didn’t want the ‘Wrecking Ball’ lyrics. I wanted it to be something greater. I’m the only f–king Disney star who would say I’m pro lesbian and gay, before it was OK to say that,” she said.

As Rare previously reported, Cyrus and fiance Liam Hemsworth are gearing up to walk down the aisle, and they have picked a destination for their nuptials. US Weekly reports that Cyrus and Hemsworth plan to wed in Hemsworth’s home country of Australia. 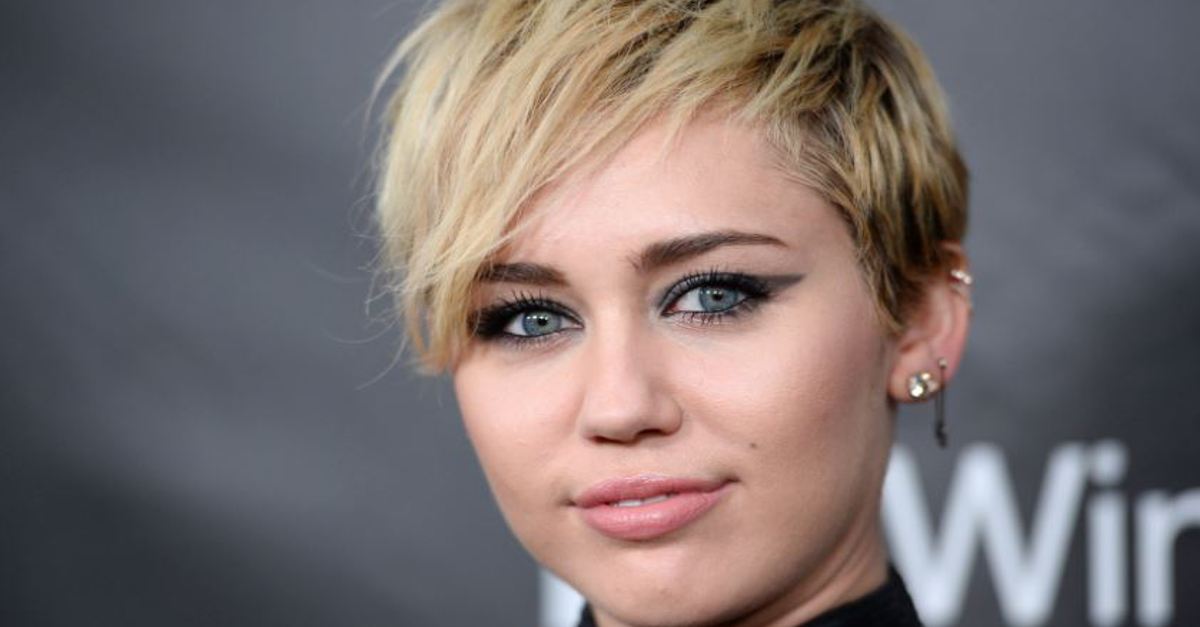