Mindy Kaling confirms sex of her baby to Ellen DeGeneres 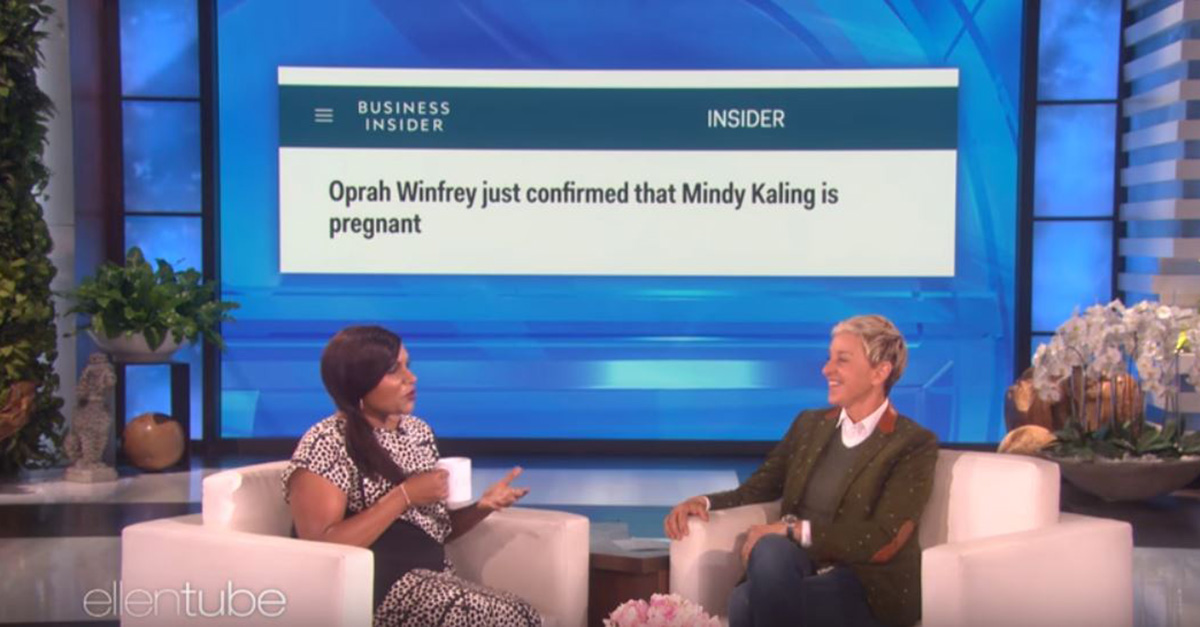 The first-time mom shared the news on “The Ellen DeGeneres Show” on Friday, Oct. 13 and gushed about the new experience.

“I’m carrying a child! I’m very, very pregnant,” Kaling said. “I’ve had a pretty great time of it so far, but I think I took a lot for granted before this now that I’m in my current situation. Like now, I’m obsessed with sitting.”

She joked, “Getting up is going to be challenging. I’m counting on you to hoist me out of the chair.”

RELATED: Fans are flipping out after actress Mindy Kaling debuted her baby bump for the first time on the red carpet

Kaling has kept the identity of the father private but confirmed she is expecting a little girl.

Her “The Mindy Project” co-stars opened up about the actress’s pregnancy while attending PalyFest Fall TV Preview back in September.

?I?m just thrilled out of my mind! I cried like a baby and that it?s a girl ? I just think that she?s up to it,? Beth Grant, who plays Beverly Janoszewski on the show, said at the time. ?I just think that she?s ready, and I?m very happy for her because I have a daughter that?s turning 25, and it?s just the greatest thing in the world!?